Inhabitants of a Georgia Settlement Asked for the Title

Special to The New York Times.

Washington, Oct. 4. - A Post Office in Gilmer County, Ga., was to-day named after Theodore Roosevelt at the request of the inhabitants. Another in Braxton County, West Va., is evidently located among persons of a scientific turn, and is named after Nikola Tesla.

A curious example of the way in which our new colonial possessions are adding to the language is found in the fact that a Post Office in Clay County, Ark., has been named Datto. Datto is the name for Chief in the language of our new dependency, the Islands of Sulu. 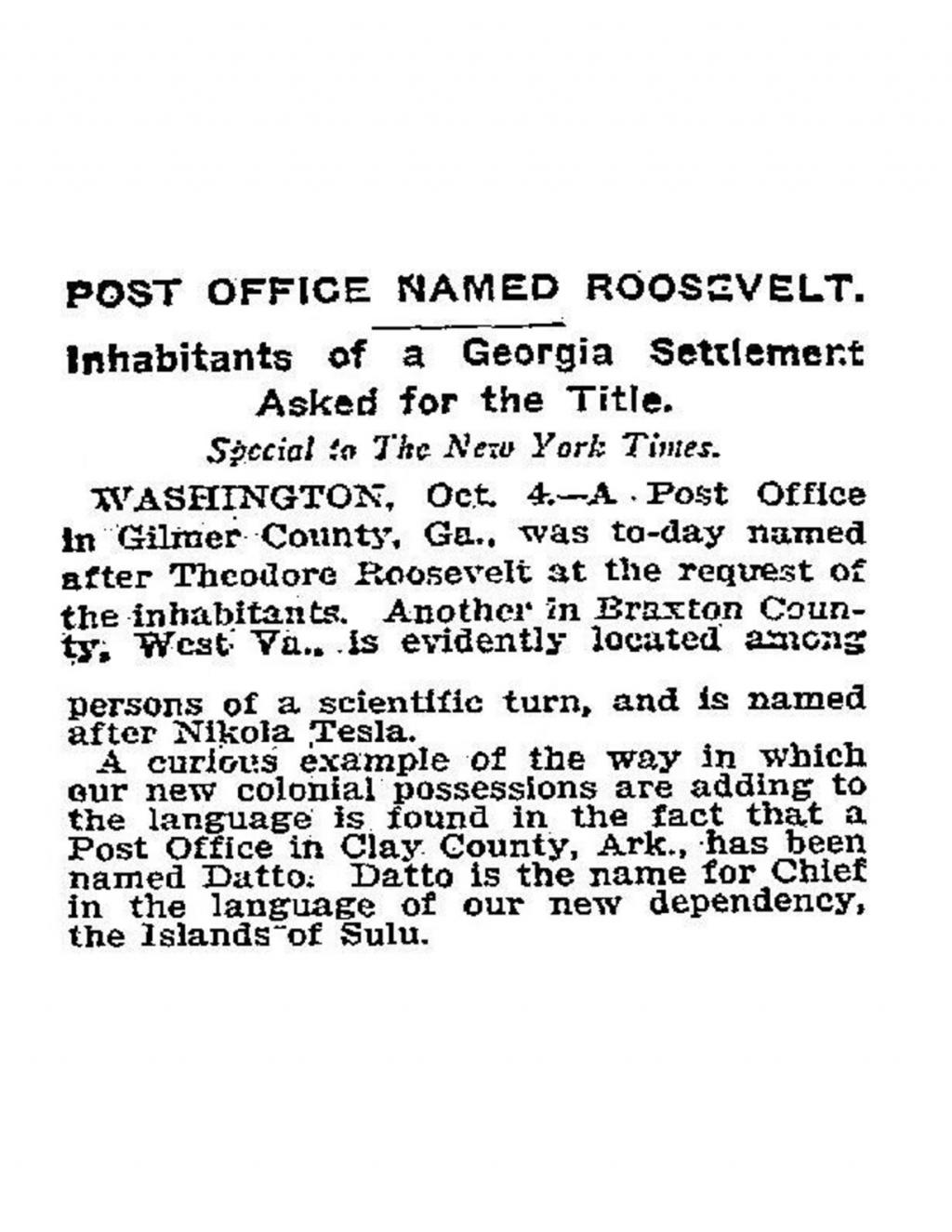