Finds Electricity Can Build Up Brains

New York, July 6. - Building brains with electricity is the newest triumph of science over nature.

Nikola Tesla, famous electrical wizard and inventor, is responsible for this new application of the high frequency current, which may revolutionize educational methods, turn dullards into persons of high intelligence and produce genius from ordinary intellect.

“A high-frequency current intensifies the action of the brain,” says Tesla. “It is a mental stimulant like alcohol, but instead of being hurtful to the brain cells, the electricity is beneficial.

Tesla has no doubt as to the beneficial effects which would follow the installation of electrical wires, carefully insulated, in classroom walls and saturation of the atmosphere in the rooms with millions of electric waves.

This novel method of awakening dormant brain cells has been subjected to trial on an extended scale in Stockholm, Sweden. Two sets of 50 children each, averaging the same age and physical condition, were placed in separate classrooms, exactly alike except for concealed wires in one room. The regular school work was pursued and the test lasted six months.

The remarkable difference, however, was in the mentality developed. Those exposed to the electric rays averaged 92 per cent in their school work, compared with an average of 72 per cent for children in the other rooms. Fifteen pupils in the electrified room were marked 100: only nine in the other rooms attaining this mark.

Mr. Tesla has had conferences with the superintendent of schools of New York city, looking to the possibility of establishing an “electrified schoolroom” here. 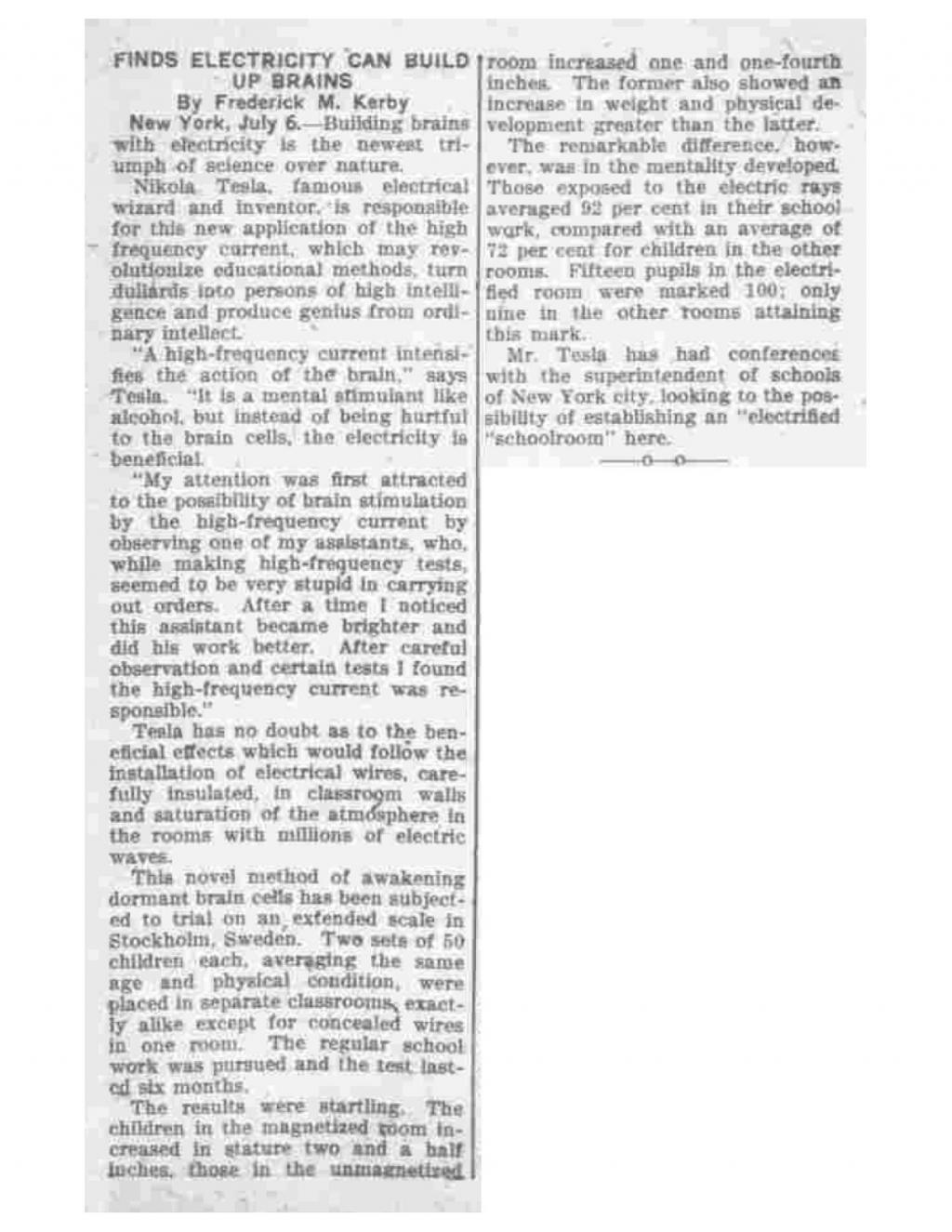