More surprises yet to come from Tesla? 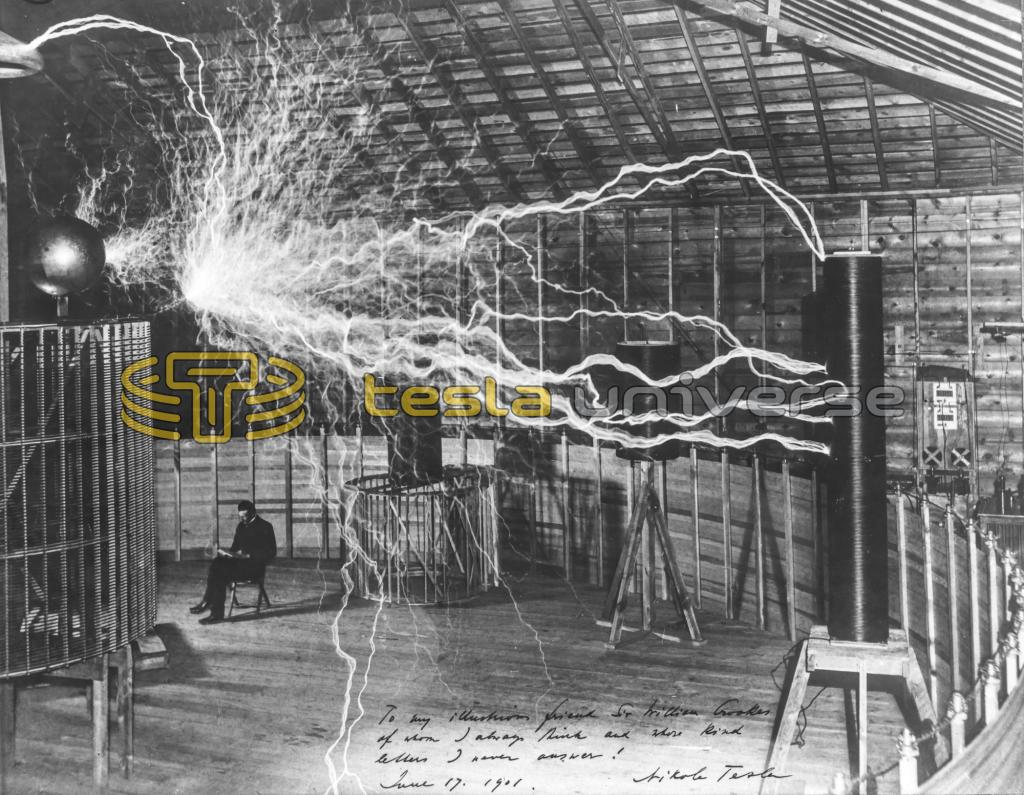 The article, “Tesla Magnifier Basics,” by Richard Hull in ESJ 10 was an important contribution to the understanding of operational and construction aspects of high energy resonant-coil systems. What has struck Hull and others who have studied the resonant-coil systems of Tesla’s design is the amazing fact that “there appears to be no place in the historical record of Tesla coil building where the magnifying transmitter was even investigated!” Astonishingly, it has taken between 80 and 90 years to get a “handle” on this three-coil system.

How many of us have looked at the remarkable photograph of Tesla surrounded by cascading discharges at his laboratory in Colorado Springs at the turn of the century, and pondered how he achieved such results? Hull cites the work of Robert Golka who, in the 1970s, attempted to mimic the original system Tesla constructed in Colorado, but met with limited success. I reviewed a letter in my records from Golka, dated Sept. 6, 1975, when he was working on “Project Tesla” at Wendover AFB in Utah. He wrote, with surprise: “The extra coil is not inside the secondary as Tesla had it arranged....”

I was completely taken aback reading these words from Golka. Later, he called to say that it didn’t make any difference where the extra coil was placed, even at comparatively great distances from the Tesla coil secondary. I concluded that something which didn’t meet the eye was going on with the coils in the Tesla photograph. The concentric arrangement of coils had perhaps been done because of physical constraints of the laboratory or, deviously, to throw possible emulators off the trail of what Tesla was actually doing.

In 1984, I was introduced to the Corum brothers and their exceptional work, theoretically analyzing Tesla’s accomplishments and producing confirmatory operational results based on these analyses. Hull’s article provides an excellent bibliography of their published work. The profound observation to be made of this history is that Charles Steinmetz, Elihu Thomson, and other scientists in the early decades of this century, completely overlooked the subtle, but enormously important aspects of Tesla’s resonant-coil systems and considered them only as a pair of lumped-constant, coupled resonant coils.

We may properly ask:

“What other surprises does Tesla have in store for us in his as yet unpublished writings?” 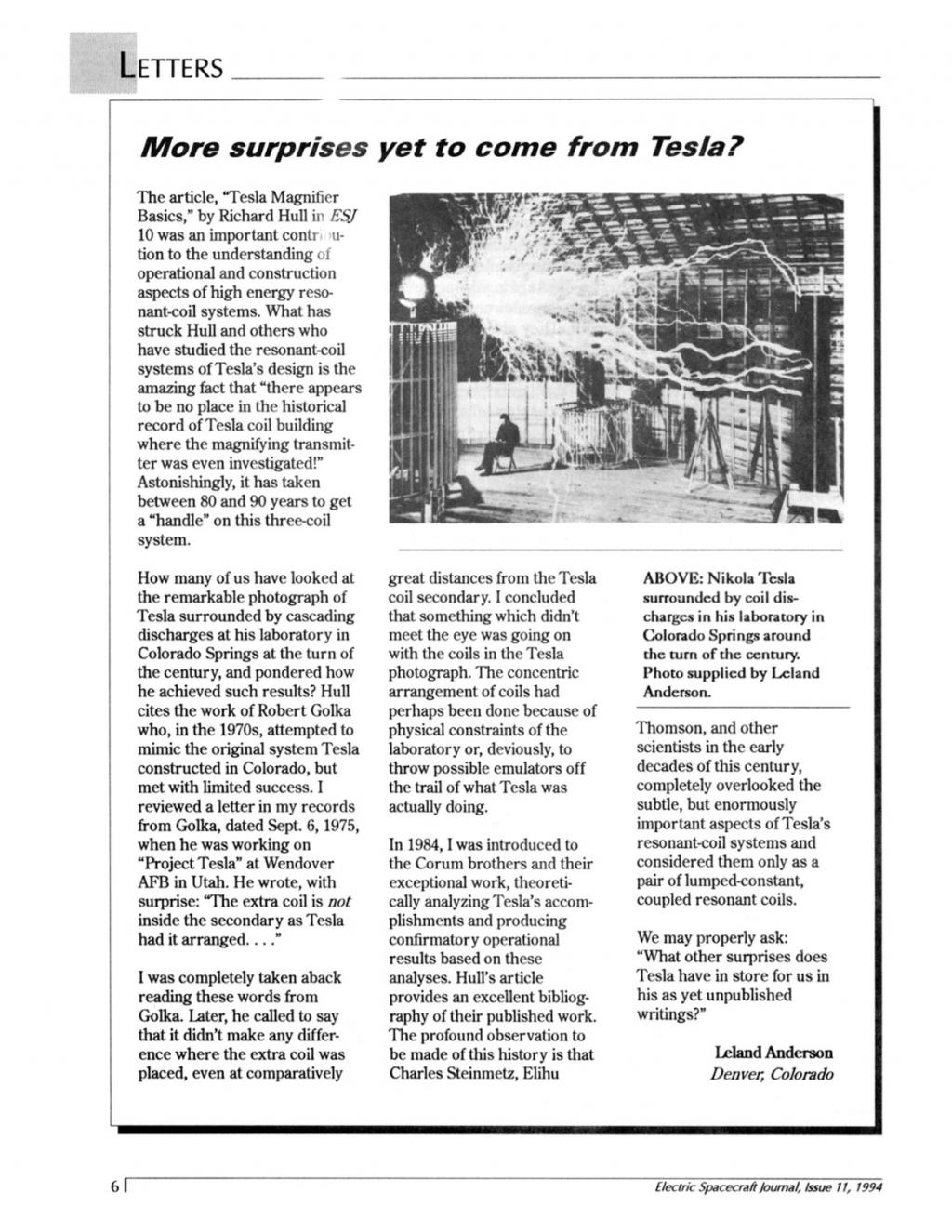