We have already described a number of different forms of alternating-current motors designed by Mr. Nikola Tesla, depending upon a variety of phenomena met with in the employment of alternating currents. One general type of these consists of a machine with, say, four poles, between which is mounted an armature, generally wound with closed coils. On two opposite poles of the field are primary coils connected up in the main circuit. On the same cores are also wound secondary coils, which are closed through coils on the other pair of poles. When an alternating current is caused to pass through the primary coils, it energises directly one set of poles, and induces currents in the secondary coils, which in turn energise the other poles; but the phases of the current in the secondary coils may differ in time from those of the primary current, and hence a shifting of the poles is effected that imparts a rotation to the motor.

In the new motor designed by Mr. Tesla, however, two energising circuits are brought into inductive relation in the motor itself, and the employment of an external induction device is thus avoided. The operation is dependent upon the existence of a certain difference of phase between the currents of the primary and secondary coils, and will be readily understood by reference to the accompanying diagram. 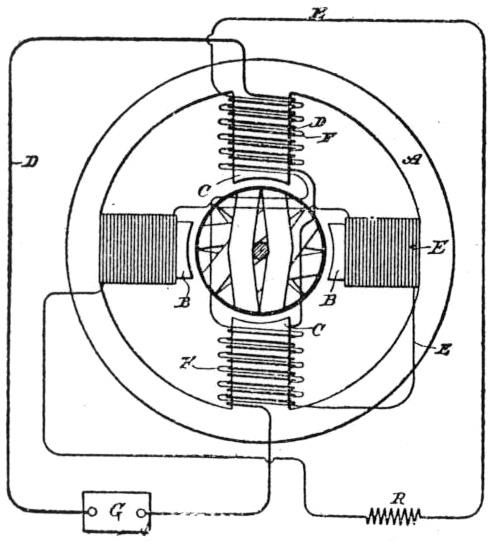 Here A represents the field magnet of a motor, which is built up of sections or plates. B and C are polar projections upon which the coils are wound. Upon one pair of these poles, as C, are wound the primary coils, D, which are directly connected to the circuit of an alternating-current generator. The secondary coils, F, are wound on the same poles with the primary, and connected with other coils, E, which surround the poles B.

The current in both the primary and secondary coils will lag behind the impressed E.M.F., but to secure the proper difference in phase between the primary and secondary currents themselves, the resistance of the circuit of the secondary is increased, so as to reduce as much as possible its self-induction. This is accomplished by making the coils E of comparatively small wire, having but few turns around the cores, or by inserting in the secondary circuit an artificial resistance, R.

In practice, it has been found desirable to wind the armature with closed coils, in which currents are induced by the action of the primaries. - Electrical Engineer, New York. 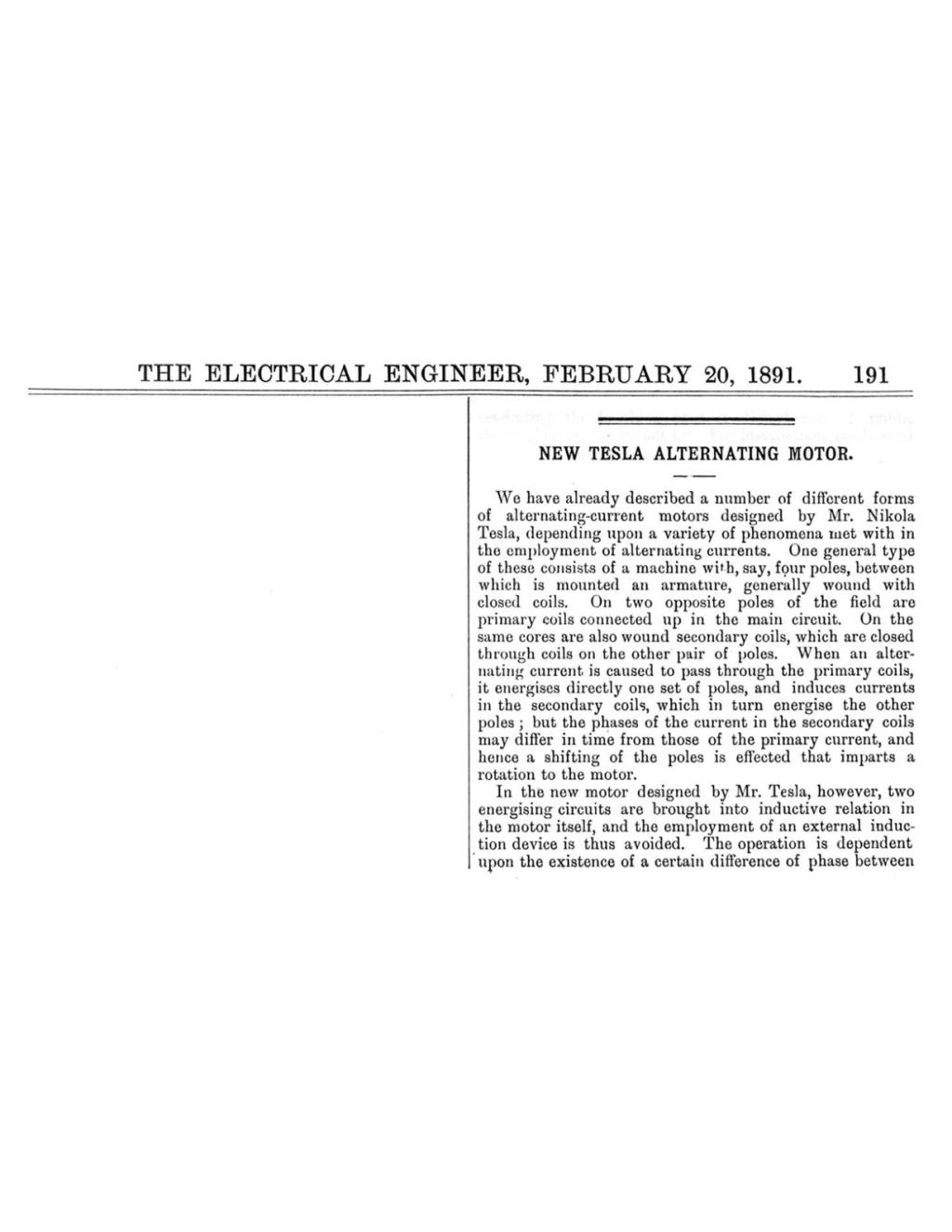