Nikola Tesla, Who Is Trying to Talk with Mars

This Is My 49th Birthday

Nikola Tesla, the famous electrician and inventor, was born at Smiljan, Servia, October 18, 1857. His father was an eloquent clergyman of the Greek church, but Nikola probably derived his inventive genius from his mother, who constructed looms and churns for household use while her husband preached the word. As a boy, in the Polytechnic school at Gratz, he first saw a direct current gramme machine and was told that a commuter was a vital and necessary feature in all apparatus. He was at once interested in electricity and secured a position as assistant in the government telegraph engineering department at Buda Pesth. Later he was employed by large electrical lighting companies in Paris. In 1882 he came to America and was employed for a time in one of Edison’s shops. So quick, bright and original was he that Edison soon became personally interested in him. News of Tesla’s wonderful discoveries was spread abroad and he leaped into the foremost rank as an electrician. He was one of the first to suggest the electrical possibilities of harnessing Niagara Falls. 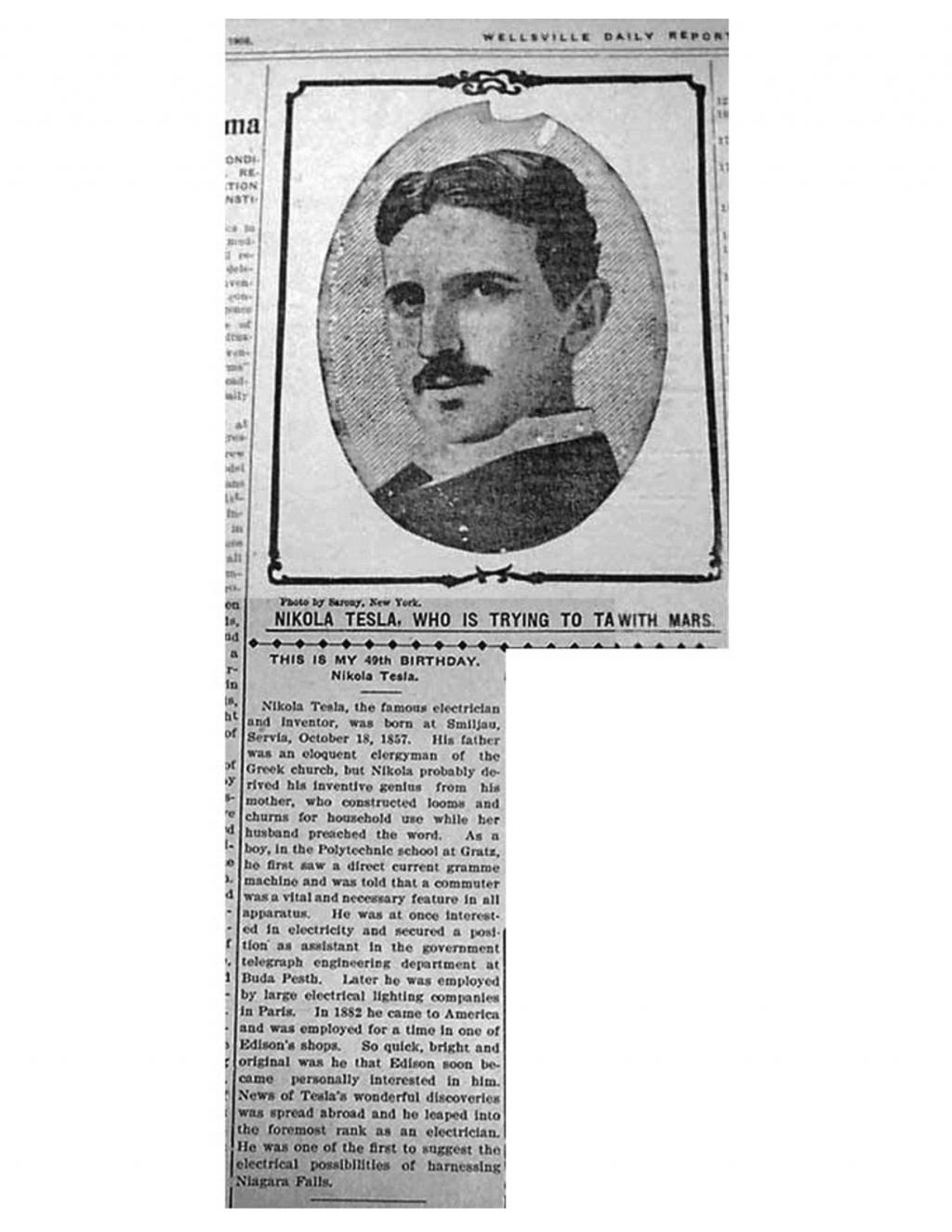