The method of using this device, and computing by its means the energy of the current, will be readily understood. First, the resistances of the two conductors, respectively, are accurately measured and noted. Then a known current is passed through the instrument for a given time, and by a second measurement the increase and diminution of the resistances of the two conductors respectively taken. From these data the constant is obtained, that is to say, for example, the increase of resistance of one conductor or the diminution of the resistance of the other per lamp-hour. These two measurements serve as a check, since the gain of one conductor should equal the loss of the other. A further check is afforded by measuring both wires in series with the resistance, in which case the resistance of the whole should remain constant.

After each measurement or registration of a given variation of resistance in one or both conductors, the direction of the current is changed or the instrument reversed, so that the deposit will be taken from the conductor which has gained and added to that which has lost. By this method it is possible to read off directly the amount of the energy expended by means of a properly-constructed ohm-meter, and without resorting to weighing the deposit; it is not necessary to employ shunts, for the whole of the current to be measured may be passed through the instrument; and the accuracy of the instrument, and correctness of the indications, are but slightly affected by changes in temperature. In addition to these advantages the arrangement possesses the merit of economy of energy, and simplicity in construction. 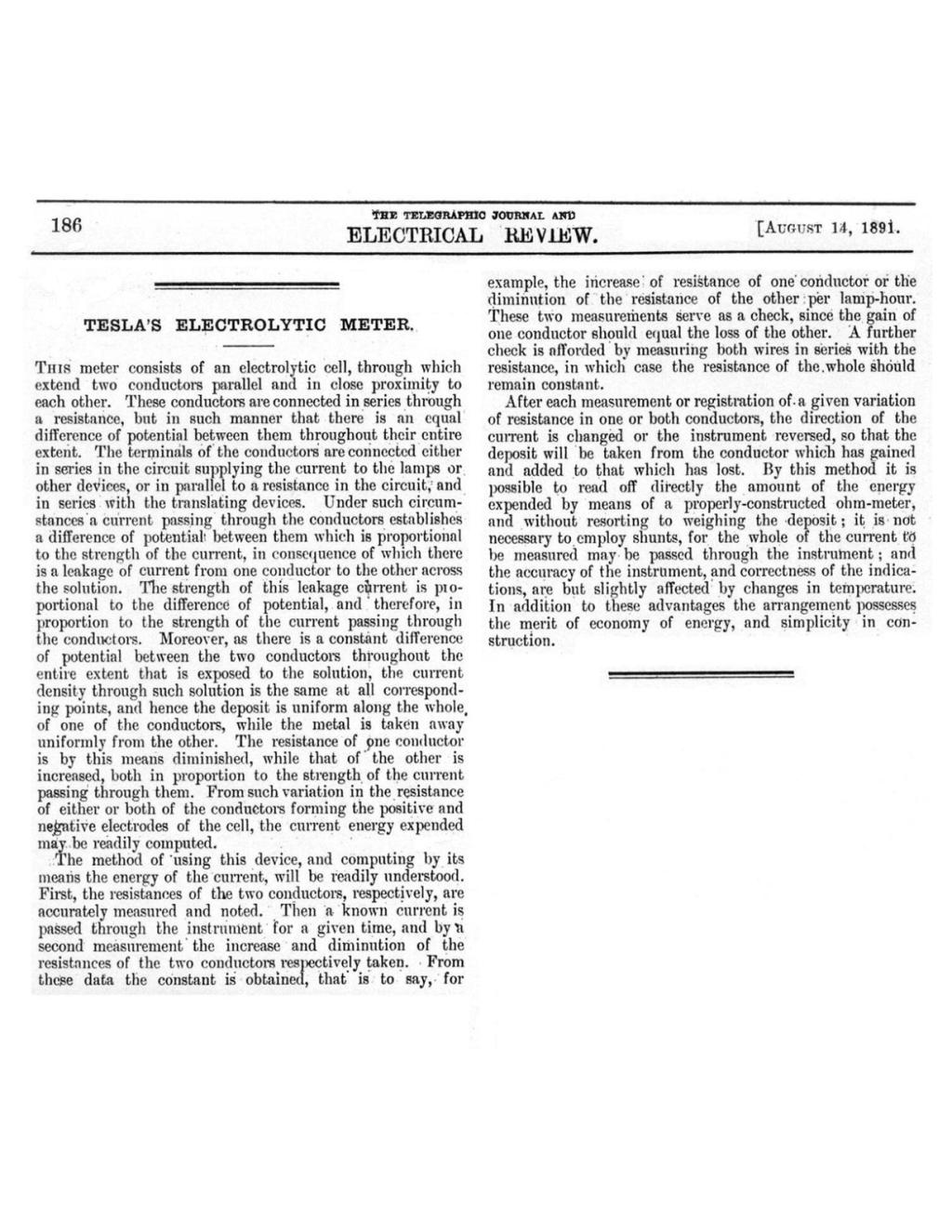