We reproduce herewith in slightly reduced facsimile the first page of a four-page circular which has been issued this week by Mr. Nikola Tesla in a large square envelope bearing a large red wax seal with the initials, “N.T.” At the back of the page, which we reproduce, is given a list of 93 patents issued in this country to Mr. Tesla. The fourth page is blank. The third page has a little vignette of Niagara Falls and is devoted to quotations from various utterances of Mr. Tesla. The first of these is from his lecture delivered in 1893 before the Franklin Institute and the National Electric Light Association, as to transmission of intelligible signals and power to any distance without the use of wires. The second quotation is from his article on the problem of increasing human energy, which appeared in the Century Magazine in June, 1900, dealing with virtually the same subject. The third item quotes from his patents, Nos. 645,576 and 649,621, dealing with the transmis­sion of electrical energy in any quantity to any distance, with transmitting and receiving apparatus movable as in ships or balloons. The circular is an extremely interesting one. It is most sumptuously got up on vellum paper and altogether con­stitutes a manifesto worthy of the original genius issuing it. It is to be gather­ed from the circular that Mr. Tesla proposes to enter the field of consulting engi­neership, in which he already has enjoyed an extensive connection here and abroad.

I wish to announce that in connection with the commercial introduction of my inventions I shall render professional services in the general capacity of consulting electrician and engineer. The near future, I expect with confidence, will be a witness of revolutionary departures in the production, transformation and transmission of energy, transportation, lighting, manufacture of chemical compounds, telegraphy, telephony and other arts and industries.

In my opinion, these advances are certain to follow from the universal adoption of high-potential and high frequency currents and novel regenerative processes of refrigeration to very low temperatures.

Much of the old apparatus will have to be improved, and much of the new developed, and I believe that while furthering my own inventions, I shall be more helpful in this evolution by placing at the disposal of others the knowledge and experience I have gained. Special attention will be given by me to the solution of problems requiring both expert information and inventive resource – work coming within the sphere of my constant trailing and predilection.

I shall undertake the experimental investigation and perfection of ideas, methods and appliances, the devising of useful expedients and in particular, the design and construction of machinery for the attainment of desired results. Any task submitted to and accepted by me, will be carried out thoroughly and conscientiously. 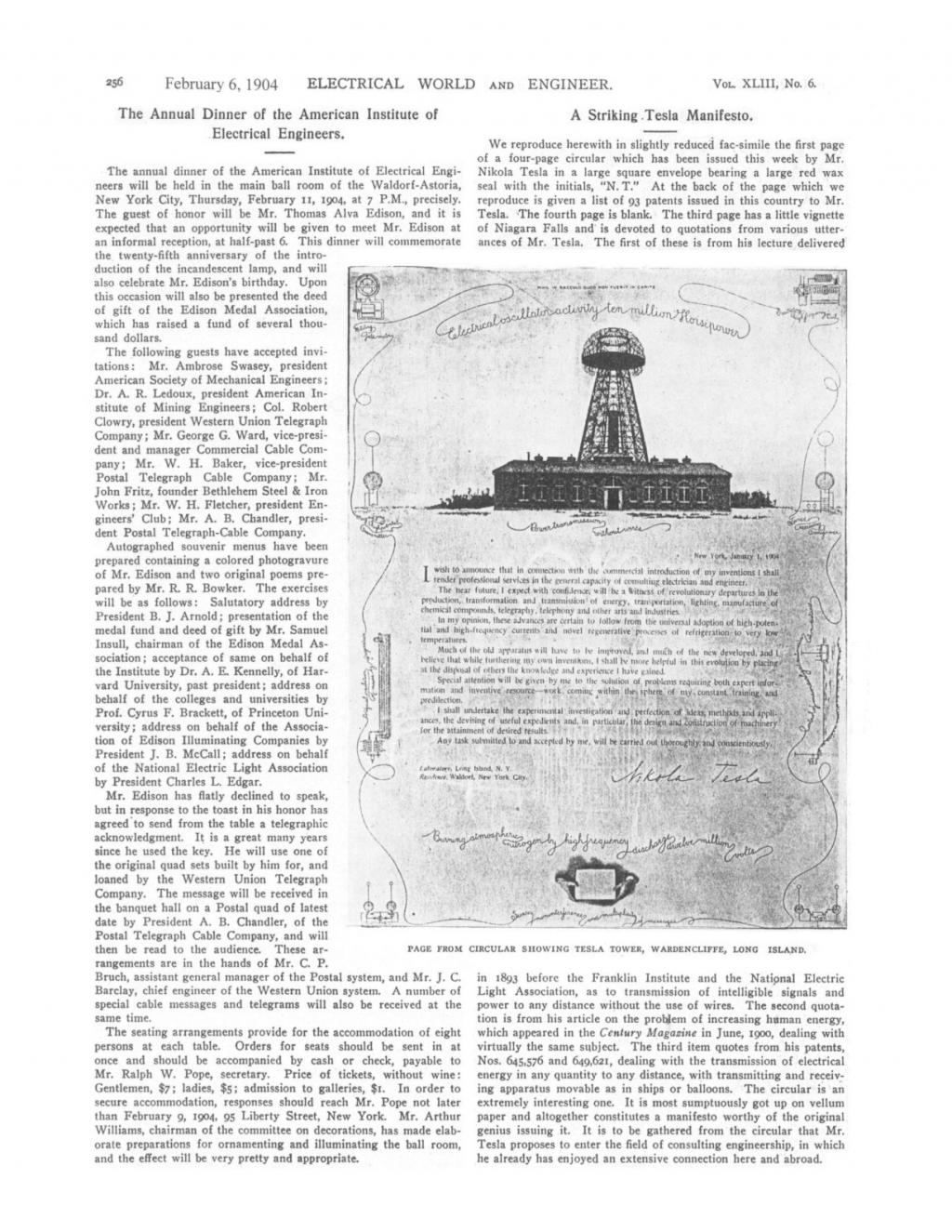