Nicola [sic] Tesla has joined the critics of New York’s new subway. He declares that the electric system as installed is one representing the state of the art ten years ago, and that valuable improvements, which are of controlling importance, have been overlooked or discarded. Mr. Tesla further says: “The quickness of travel, the safety of the public and of the markable life story, at the home of ing requirements. These have not been properly met. A mistake was made in not asking the electric companies to furnish the best instead of the cheapest equipment.” The opinion is advanced that Mr. Tesla is making one of his accustomed “plays to the galleries” for advertising purposes, and that he will not be able to support his “mischievous statement.” 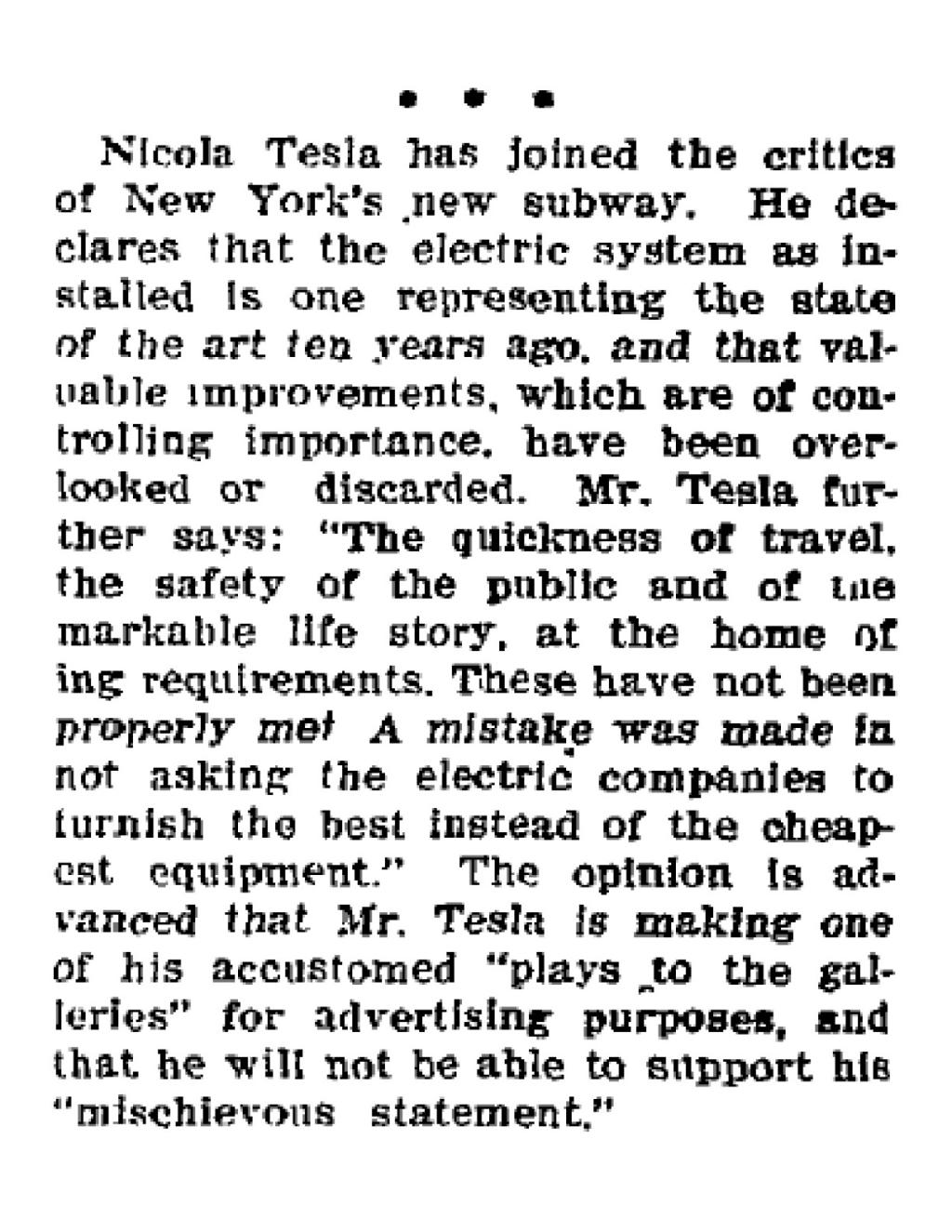