Tesla No Money Wizard; Swamped by Debts, He Vows

Inventor Testifies He Owes the Waldorf, Lives Mostly on Credit, Hasn’t a Cent in Bank, and “Hocked” Stock in His Company.

Nikola Tesla, electrical wizard, is so hard up that he cannot pay the city $935 personal taxes. He says so himself and states in effect that being a wizard isn’t always a profitable business.

That Mr. Tesla owes so much money he hasn’t the slightest idea when he will be able to meet his obligations became known yesterday when Corporation Counsel Hardy filed in the Supreme Court the minutes of an examination he made of Tesla in supplementary proceedings.

The inventor said he possessed no real estate or stocks and that his belongings, all told, were negligible.

“But don’t you live at the Waldorf-Astoria?” he was asked.

“I do, and I owe the hotel a bill which has not been paid for several years,” was the reply.

Mr. Tesla said that at one time he had owned nine-tenths of the stock of the Nikola Tesla Company, but he had pledged the stock for money to build an electric plant. He added that the company now has no assets, but is receiving enough royalties on patents to pay expenses.

All of Tesla’s inventions - about 200 - have been made over to the company, according to the witness.

Asked concerning his debts he said there were “scores of them” and that five or more proceedings were pending against him. No one owed him any money, he declared, and he had no money in bank.

“Well, haven’t you got any jewelry?” asked the Corporation Counsel.

The inventor said he is still President and Treasurer of the Nikola Tesla Company. 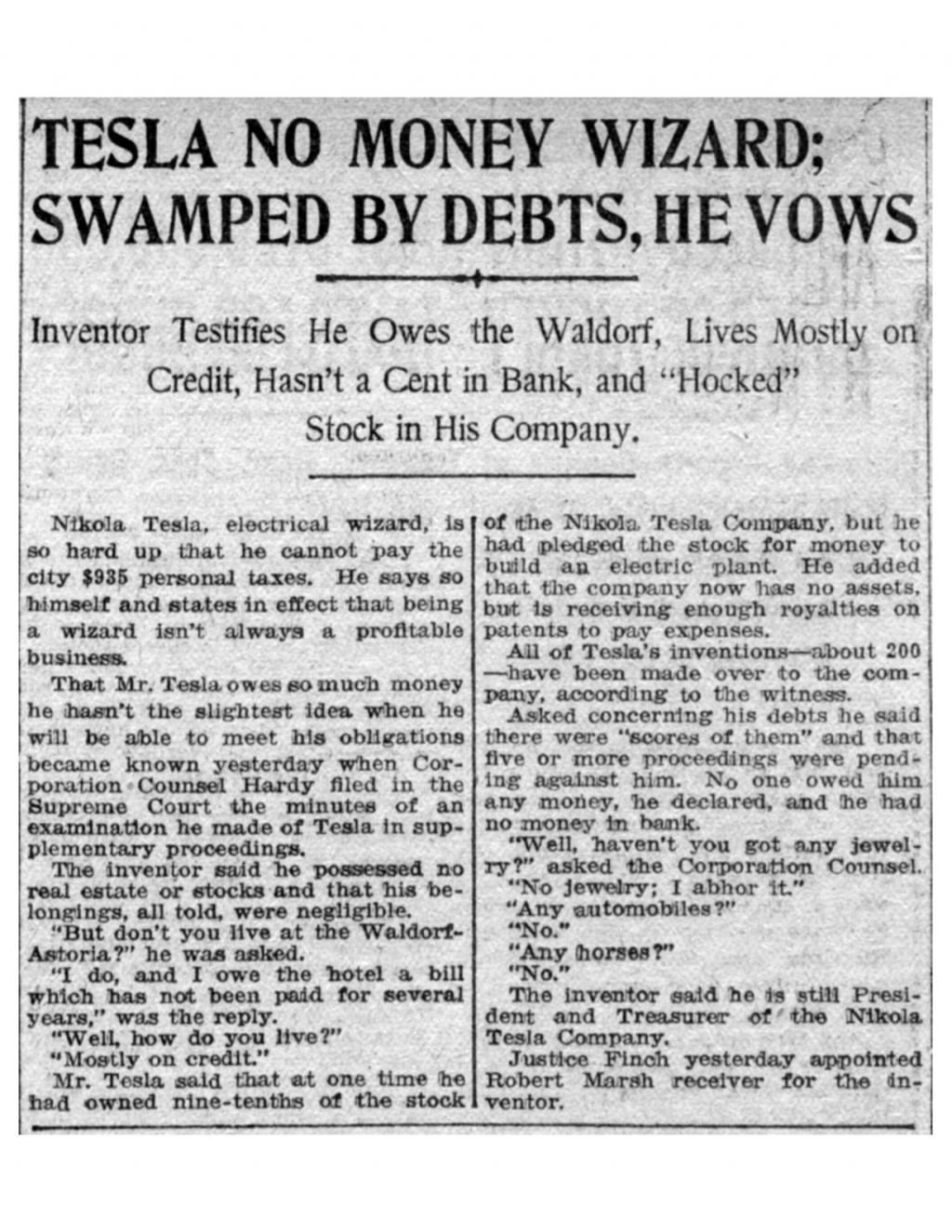