He has bought the land for his Wireless Telegraphy Station and let the contracts for the buildings.

Nikola Tesla’s plans for a transatlantic wireless telegraphic system are now so well in hand that he has bought a site for the station on the Long Island shore, and has agents looking for a suitable place for a station on the British coast. The station in this country will be at Wardenclyffe, on the Sound, nine miles east of Port Jefferson. Mr. Tesla has purchased two hundred acres of land in that vicinity, and closed contracts yesterday for the necessary buildings.

Five or six buildings will be erected on different parts of the tract, the largest of which is to be one hundred feet square and several stories high. It will contain, Mr. Tesla says, one of the most complete electrical plants that can be purchased. Three hundred and fifty horsepower will be developed, and the total cost will be nearly $150,000. The other buildings will be used for the electrical experiments with which Mr. Tesla is now engaged, including a system of lighting by diffused light. He will probably give up his present laboratory, at No. 46 East Houston - st., and make his headquarters at Wardenclyffe.

Mr. Tesla has been working for several years with his system of wireless telegraphy, and believes that he has advanced far enough to warrant a change from the experimental to the commercial stage. He says it will not be long before he will be transmitting commercial messages between Wardenclyffe and Europe without the use of wires or cables.

“I would have been sending messages across the ocean without the use of wires by this time if the public were not so hard to convince that it could be done. It takes time to assure people of the truth of new discoveries. It was six or eight years before people believed in my system of transmitting electric power. Now it is used everywhere. I cannot tell you just how far I have advanced in the perfection of my system of telegraphy, but I hope soon to be able to show most convincing results.” 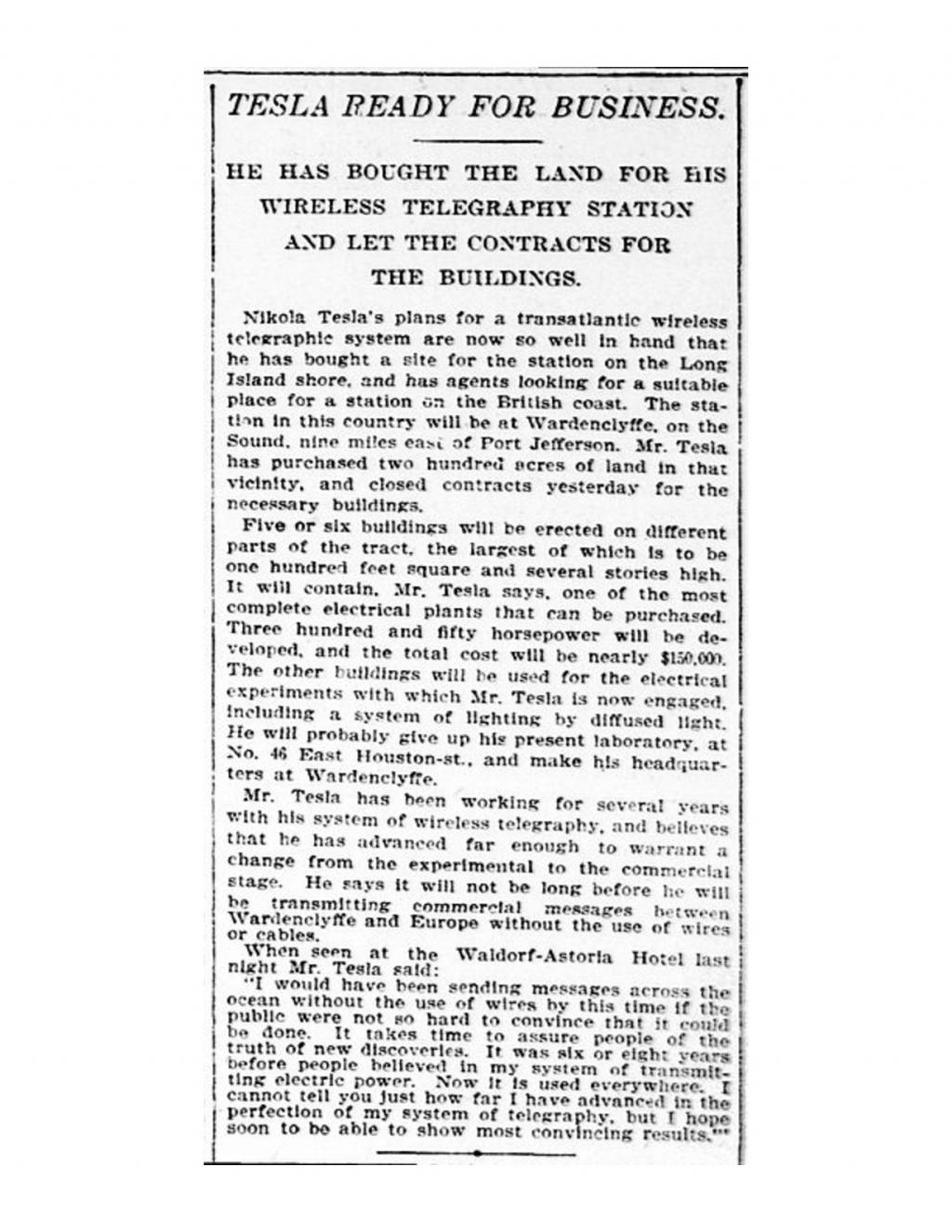