Tribute to a Little-Known Inventor

Johns Hopkins recently became part of a retired Michigan fourth-grade teacher’s national campaign to increase recognition of Nikola Tesla, the prolific - but largely unrecognized - scientist and inventor who made possible much of the modern world of electricity through his system of polyphase alternating current (AC) power.

During a reception held on Sept. 22 at the Bloomberg Center for Physics and Astronomy at Homewood, retired Ann Arbor schoolteacher John Wagner presented that department with a 250-pound bronze bust, set on black granite, of the inventor. More than 100 students, faculty and staff turned out to munch refreshments and to watch department chair Jonathan Bagger accept the gift on behalf of Johns Hopkins.

“John Wagner has taken it as a quest to educate physicists, engineers, inventors and the general public about Nikola Tesla, and we are honored to be a part of that,” said Bagger, who indicated that following the reception, the bust would be ensconced in the fourth-floor library, where it could be enjoyed by one and all.

Hopkins’ bust is one of 16 that Wagner and his former students have donated to prestigious universities - among them, Harvard, Princeton, Yale and MIT - across the country. Wagner’s hope is that having the bust around will encourage students to learn about Tesla, and to give credit where it is due.

“Tesla invented the system of polyphase alternating current, and he should be recognized for it,” Wagner told the gathering. “You see those towers dotting the countryside, and each is a monument to Tesla’s contributions. Tesla’s discoveries are the foundation of most electricity and energy today.”

Physics and Astronomy Professor Zlatko Tesanovic also spoke at the reception, commenting that it was worth noting that “the currency of Nikola Tesla’s world was not money but ideas,” which he said should serve as inspiration to all researchers, scientists and seekers after truth. 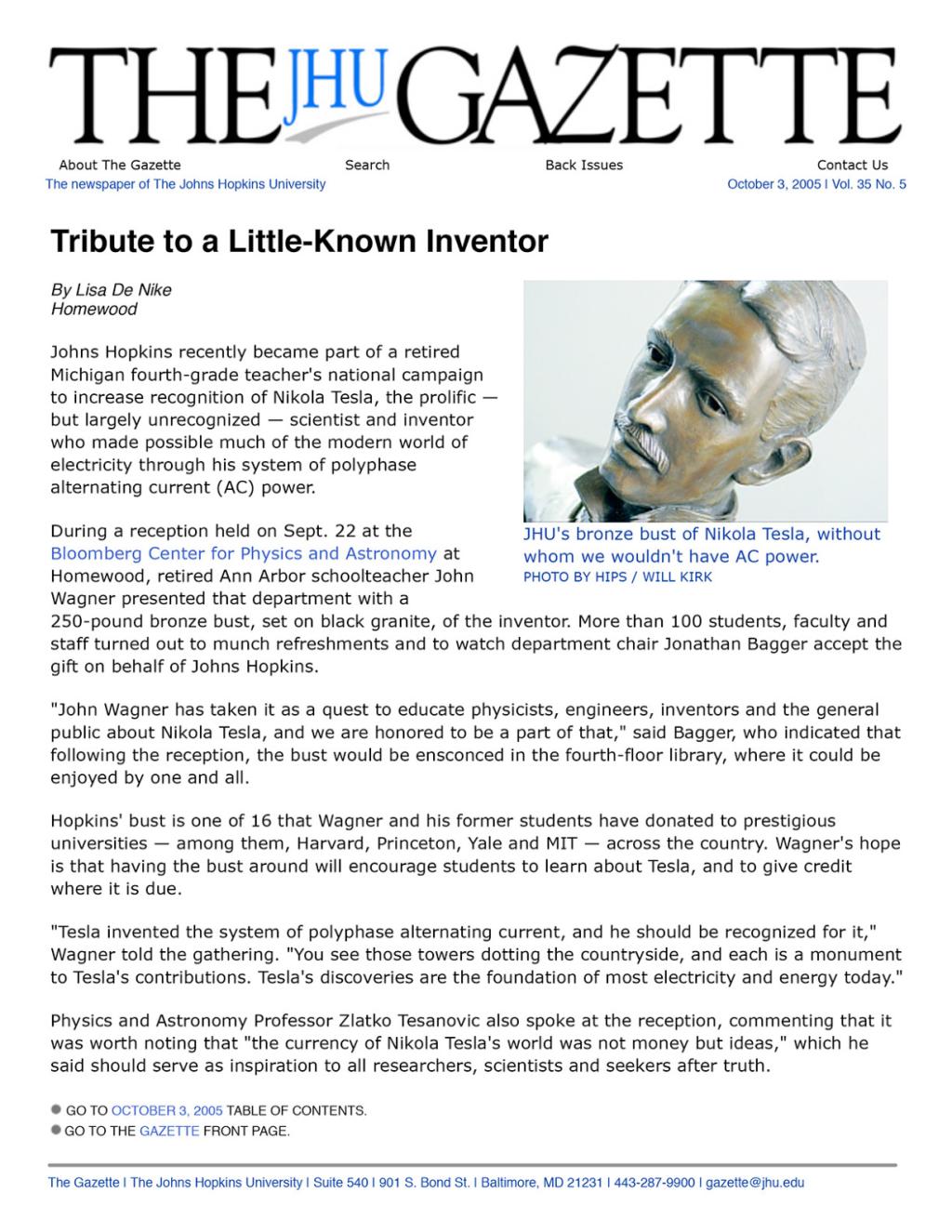