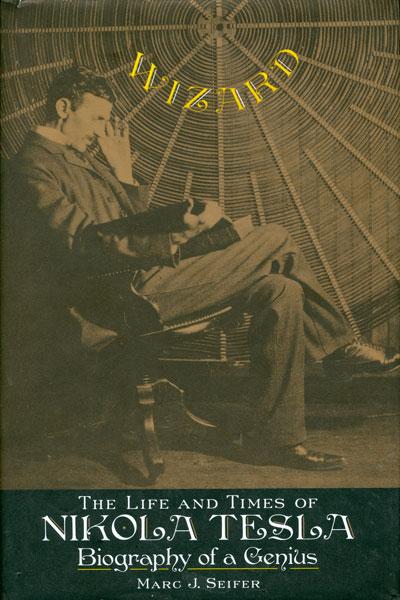 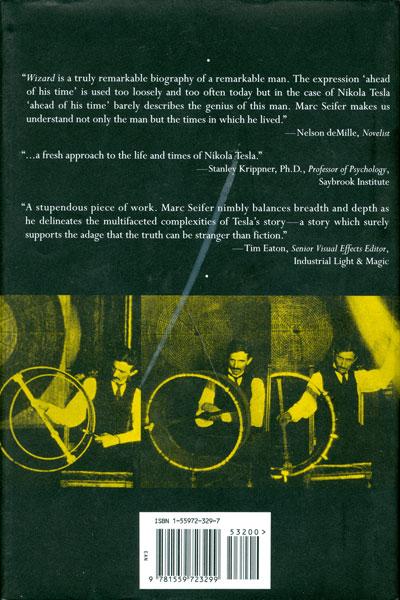 Wizard: The Life and Times of Nikola Tesla

Nikola Tesla (1856-1943), credited as the inspiration for radio, robots, and even radar, has been called the patron saint of modern electricity. Based on original material and previously unavailable documents, Wizard is the definitive biography of the man considered by many to be the founding father of modern electrical technology.

Born in a Croatian village, Tesla was educated at the Polytechnic School in Graz, Austria, and the University of Prague before he emigrated to the United States in 1884. Among Tesla's creations were the channeling of alternating current, fluorescent and neon lighting, and wireless telegraphy.

Wizard reveals the details of Tesla's struggles with competing contemporary inventors such as Edison, Steinmetz, and Marconi and with financial giants such as J. P. Morgan and John Jacob Astor as they were underwriting his laboratory work. (Tesla even worked for the Edison Company for several years.)

Tesla's patent for the Niagara Falls hydroelectric project was leased to the Westinghouse Company on a royalty basis. Westinghouse's bankers insisted that the arrangement be canceled, and the inventor sold the patent for $216,000. If Tesla had held on to these patents and those of some of his other inventions, they would have generated nearly $12 million in income during his lifetime. What they would have been worth in current dollars boggles the mind.

An immaculately groomed figure, Tesla in his heyday lived at the Waldorf-Astoria and dined in the finest restaurants. Celebrities such as Mark Twain were among his companions. His inventive genius was curbed when his principal backer, J.P. Morgan withdrew support. The inventor suffered a nervous breakdown in 1906. After his recovery, his genius was challenged by some in the scientific world, and his attempts to contact other planets earned him vilification. In his last years he was unable to secure financing for inventions. At the end, he was living near poverty in a second-rate hotel.

Wizard brings to the fore an extraordinary man and recreates his life during one of the most exciting and innovative eras in America's history. The book is illustrated with 16 pages of photographs and drawings, including the July 20, 1931, Time magazine cover for an issue celebrating the inventor's career.

Marc J. Seifer is an acknowledged authority on the life of Nikola Tesla. He is also considered one of the world's foremost graphology experts. He is the author of more than seventy scientific articles, and his writings have been featured in numerous magazines. He teaches psychology at Community College of Rhode Island and Bristol Community College in Fall River, Massachusetts.