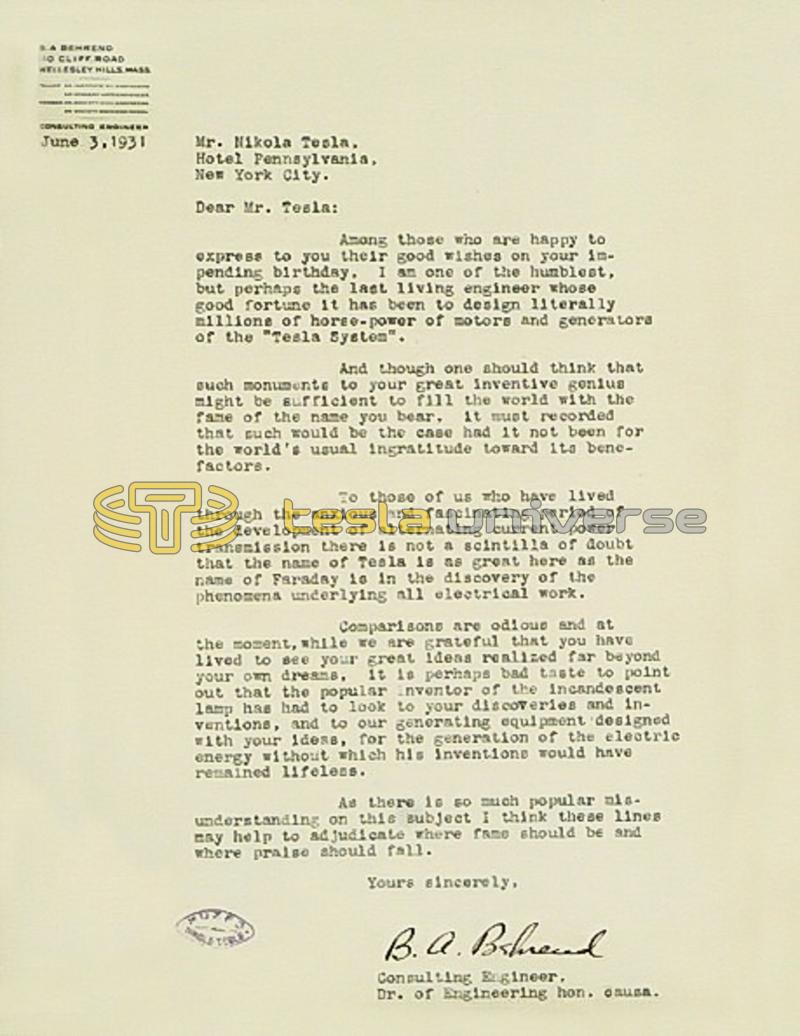 Among those who are happy to express to you their good wishes on your impending birthday, I am one of the humblest, but perhaps the last living engineer whose good fortune it has been to design litterally millions of horse-power of motors and generators of the “Tesla System”.

And though one should thing that such monuments to your great inventive genius might be sufficient to fill the world with the fame of the name you bear, it must be recorded that such would be the case had it not been for the world's usual ingratitude toward its benefactors.

To those of us who have lived through the anxious and fascinating period of the development of alternating current power transmission there is not a scintilla of doubt that the name of Tesla is as great here as the name of Faraday is in the discovery of the phenomena underlying all electrical work.

Comparisons are odious and at the moment, while we are grateful that you have lived to see your great ideas realized far beyond your own dreams, it is perhaps bad taste to point out that the popular inventor of the incandescent lamp has had to look to your discoveries and inventions, and to our generating equipment designed with your ideas, for the generation of the electric energy without which his inventions would have remained lifeless.

As there is so much popular misunderstanding on this subject I think these lines may help to adjudicate where fame should be and where praise should fall.