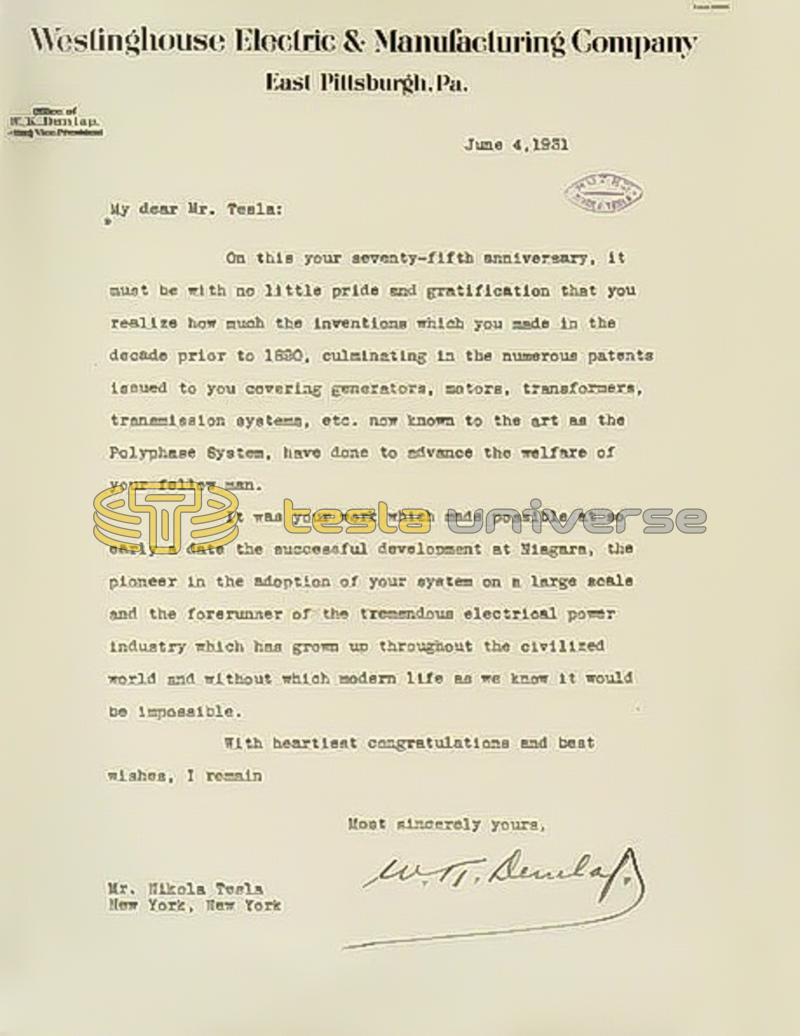 On this your seventy-fifth anniversary, it must be with no little pride and gratification that you realize how much the inventions which you made in the decade prior to 1890, culminating in the numerous patents issued to you covering generators, motors, transformers, transmission systems, etc. now known to the art as the Polyphase System, have done to advance the welfare of your fellow man.

It was your work which made possible at so early a date the successful development at Niagara, the pioneer in the adoption of your system on a large scale and the forerunner of the tremendous electrical power industry which has grown up throughout the civilized world and without which modern life as we know it would be impossible.

With heartiest congratulations and best wishes, I remain

Most sincerely yours,
W.K. Dunlap.