Niagara Falls - A wreath-laying ceremony will be held at 10:30 a.m. Saturday at the statue of Nikola Tesla on Goat Island.

The affair is sponsored by the American-Yugoslavian committee for celebration of the 122nd birthday of Tesla, the father of alternating electrical current.

Speakers include Mrs. Lucy Curley Teresi, a member of the Niagara Frontier State Park and Recreation Commission, and Avdo Maglic, vice president of the coordinating committee of the New York Emigrants Society.

Also in attendance will be the Yugoslavian ambassador to Washington Dimce Belovski, and the consul general of Yugoslavia in New York City, Vasa Veskovic.

Entertainment will be provided by folk song and dance groups including the Pittsburgh Tamburitzans, the Blue Water Tamburitzans of Buffalo, Macedonian folk dancers from Rochester and groups from Lackawanna and New York.

A special group of folk singers from Yugoslavia will also perform. 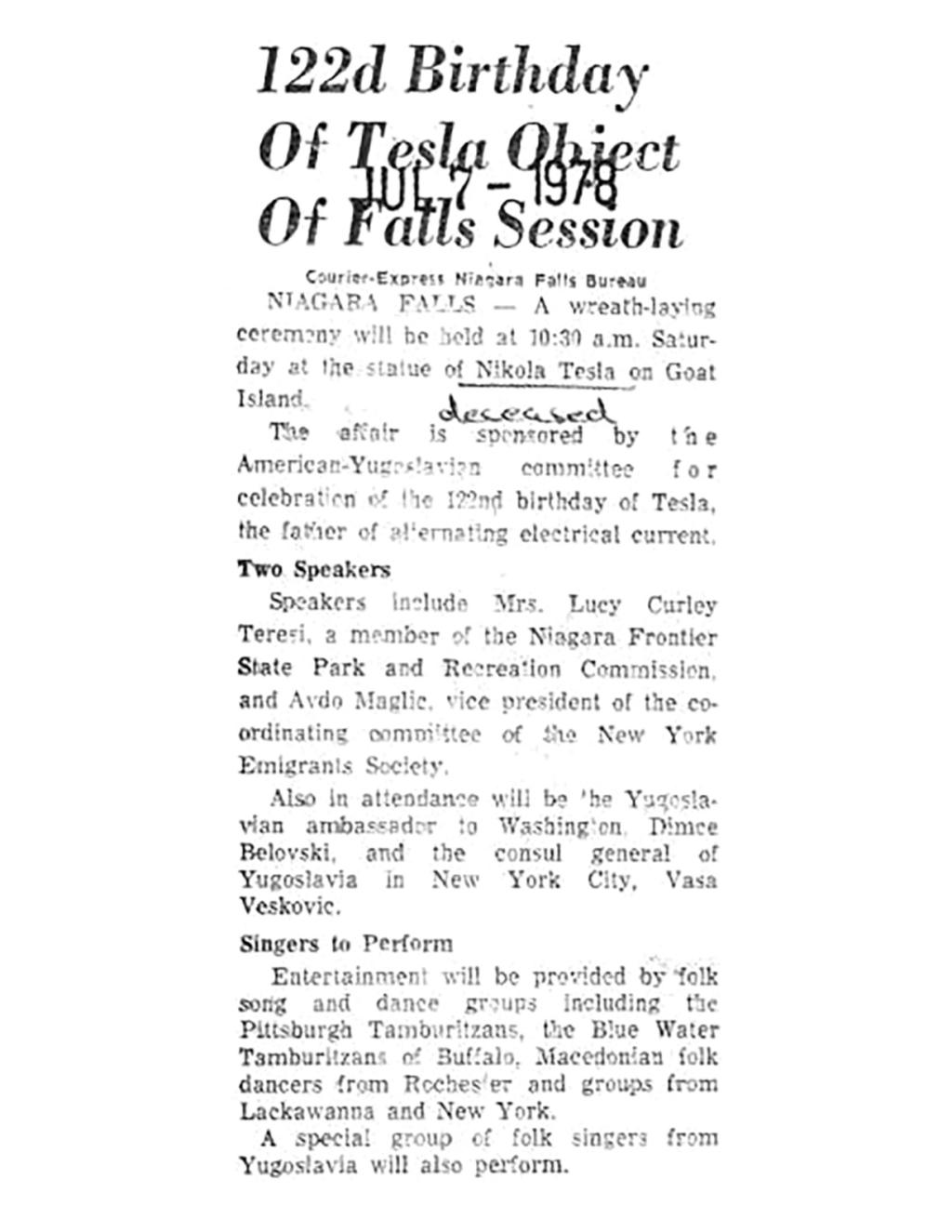