Tesla Movie to Premiere in the Falls

Niagara Falls - When the film “Bechets of Nikola Tesla” [sic] "The Secret of Nikola Tesla" premieres in the Rainbow Convention Center July 12, not all the stars will be on the silver screen.

Orson Welles, Petar Bozovic and other actors who worked on the picture will be in the audience when the film gets its first North American showing.

The film’s premiere will coincide with the annual festival in honor of the Yugoslavian scientist who discovered alternating current and invented methods for transmitting it. Those inventions made it possible, in 1895, to construct the first power plant in the city. 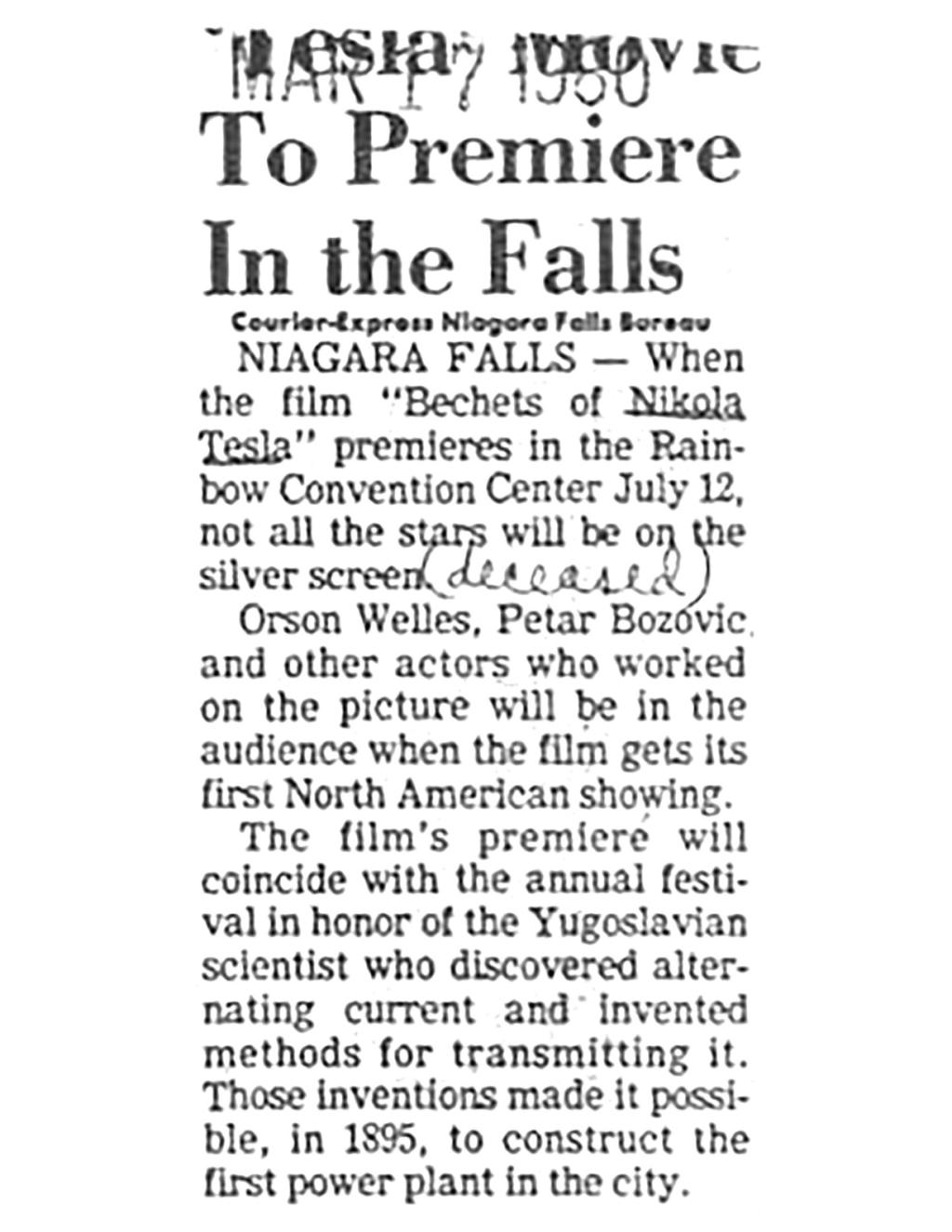