150th Anniversary of the Birth of Nikola Tesla

The progress and development of man essentially depends on ingenuity. The most important product of the creative mind is an invention. Its final goal is an overall mastering of the mind over the nature and the exploitation of all its forces for the needs of humankind. This is the difficult task of the inventor which is often misunderstood and insufficiently awarded. He, however, finds enormous compensation in the satisfaction that his work offers to him and the perception that he is an individual of exceptional ability without which the species would have died out long ago in its hard battle against
the merciless elements. (Quotation from his autobiography My Inventions, New York,
Century 1919). 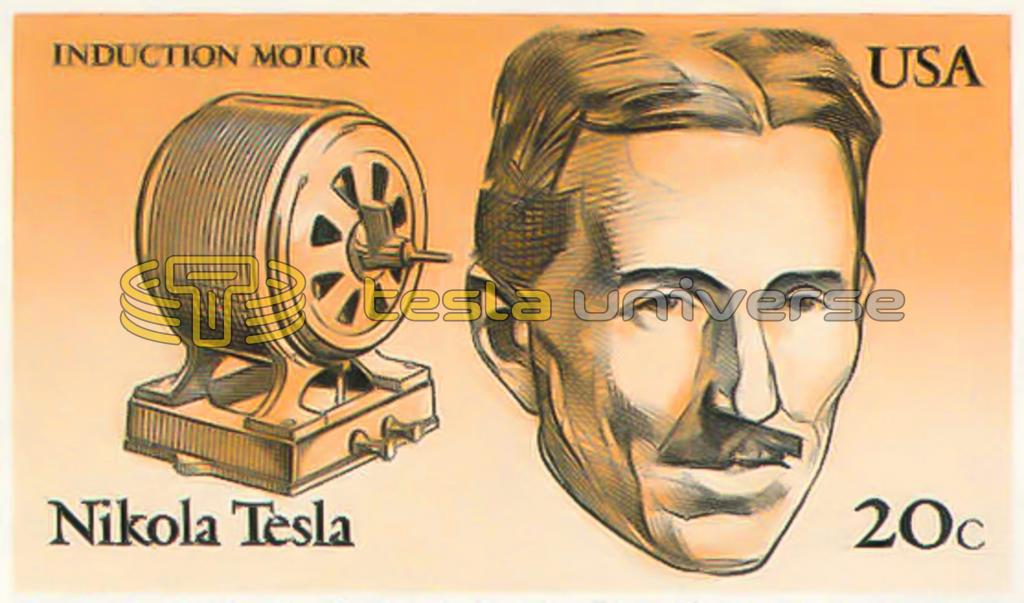 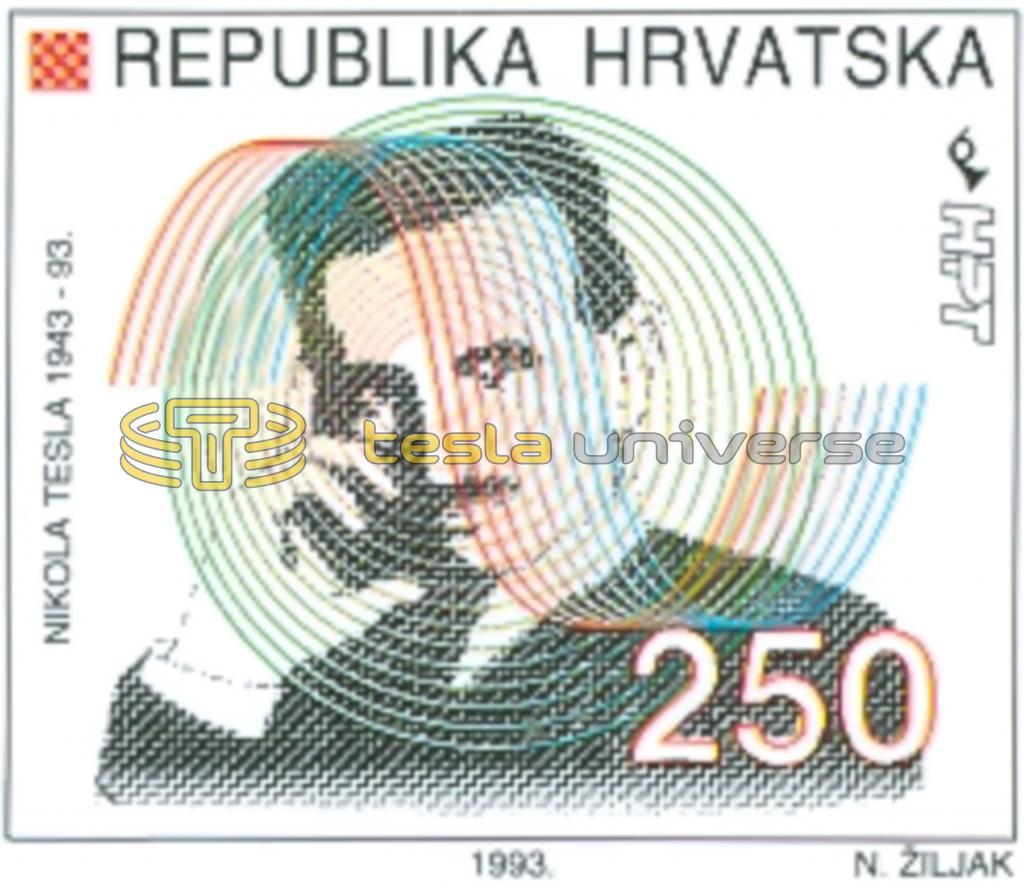 Nikola Tesla is one of the greatest scientists and inventors in the history of the technological development of humankind. His patents and theoretical work created conditions for the electrification of the world by his system of the poly-phase alternating current, and the work in the field of high-frequency currents and wireless transmission of electromagnetic waves made the development of radio-technique and telecommunications possible. Tesla’s research also helped towards the invention of the radar, and in many ways brought about the development of lighting. Tesla had a rather unusual way of arriving at an invention. He first worked out the whole idea of the way a device should work to the smallest detail in his mind and he would “see” how it works, and then he would proceed to prove it theoretically, sketch it and finally make the device itself that would then work without any problem. Nikola Tesla was born at midnight between the 9th and 10th July 1856 in Smiljan, a small village near Gospić, Croatia.

As a young child, he had already shown a feature of innovativeness, and according to his words he had inherited it from his mother. He attended elementary school and high school in Smiljan and Gospić, and graduated from high school at the Great Science Gymnasium in Rakovac near Karlovac. He studied from 1875 to 1878 at the Austrian Polytechnic Institute in Graz, but when his scholarship was stopped, and on account of lack off funds he had to interrupt his course of study. Three years later, in 1881 he went to Budapest to work there for a Telegraph Company. Next year, while walking along the streets of Budapest, he hit upon the idea of rotating magnetic fields and electro-motors that are would be fed by the alternating current. After working for some time in Paris and Strasbourg, he went to the USA in 1884.

When he arrived in New York, Tesla approached Thomas A. Edison in order to start working for him. He did not work for Edison for a very long time. As they disagreed about the issue of the application of the alternating current, this disagreement later led to open enmity and was nicknamed “the war of currents”. As Tesla wished to practically apply the invention of the rotating magnetic field, he formed his own company in 1885, called Tesla Electric Light and Manufacturing Company. The hardest time for Tesla was the period from 1886 to 1887, when he worked as a common laborer, digging canals for the laying down of cables in New York. Despite all this, he formed the firm Tesla Electric Company in 1887 with a laboratory where he could finally work on the improvement of the ways of application of the alternating current.

These years are the time when he filed his patents of the electro-motor and the system of distribution of the alternating current. He held a lecture before the members of the American Institute of Electrical Engineers on the 15th of May 1888 and showed them the working of the induction motor fed by the alternate current. In the same year George Westinghouse bought off his patents connected with the application of the alternate current. Three years later Tesla filed a range of patents from the field of high-frequency currents, and one of the devices that produce such currents was named the Tesla coil. He went back to Croatia on a short visit on account of his mother’s death in 1892. In the same year he held a lecture on the alternating current and electrification in Zagreb.

Ever since his childhood, Tesla’s great wish was to curb the power of water, particularly that of the Niagara Falls. Westinghouse’s plan for a hydro-electric power plant was approved in 1893, which would transmit three-phase alternating current produced in generators by a power-transmission line to Buffalo. The hydro-electric power plant was completely finished in 1896, and in the process of building up the generator and the system of transmission of electrical energy nine of Tesla’s patents had been used. In 1893 Tesla helped Westinghouse to illuminate the World’s Columbian Exposition in Chicago dedicated to the achievements in electro-technology by using the alternating current. Part of the exhibition was reserved for Tesla’s inventions, and by performing a number of experiments he proved the victory of the alternating current over the direct current. The perception that a high-frequency current can be transmitted by only one conductor brought about the invention of the transmission of electro-magnetic oscillations without wires. Undertaking a research into this field, our inventor discovered the basic principles of radio technology.

As early as 1896, Tesla started experiments with X-rays, and he also invented the first tele-automats — devices that can be used to operate at great distances without wires. At the end of the 19th century in Colorado Springs, Tesla performed various experiments with very high voltages and high-frequency currents. In the laboratory he conducted tests that led to the discovery of stationary waves of the Earth, and he also managed to produce artificial lightning with the voltage discharge of many million volts and the length of the lightning of up to 40 meters. Tesla also released great quantities of current into the earth, and owing to resonance he achieved greater discharges at the top of the pole. 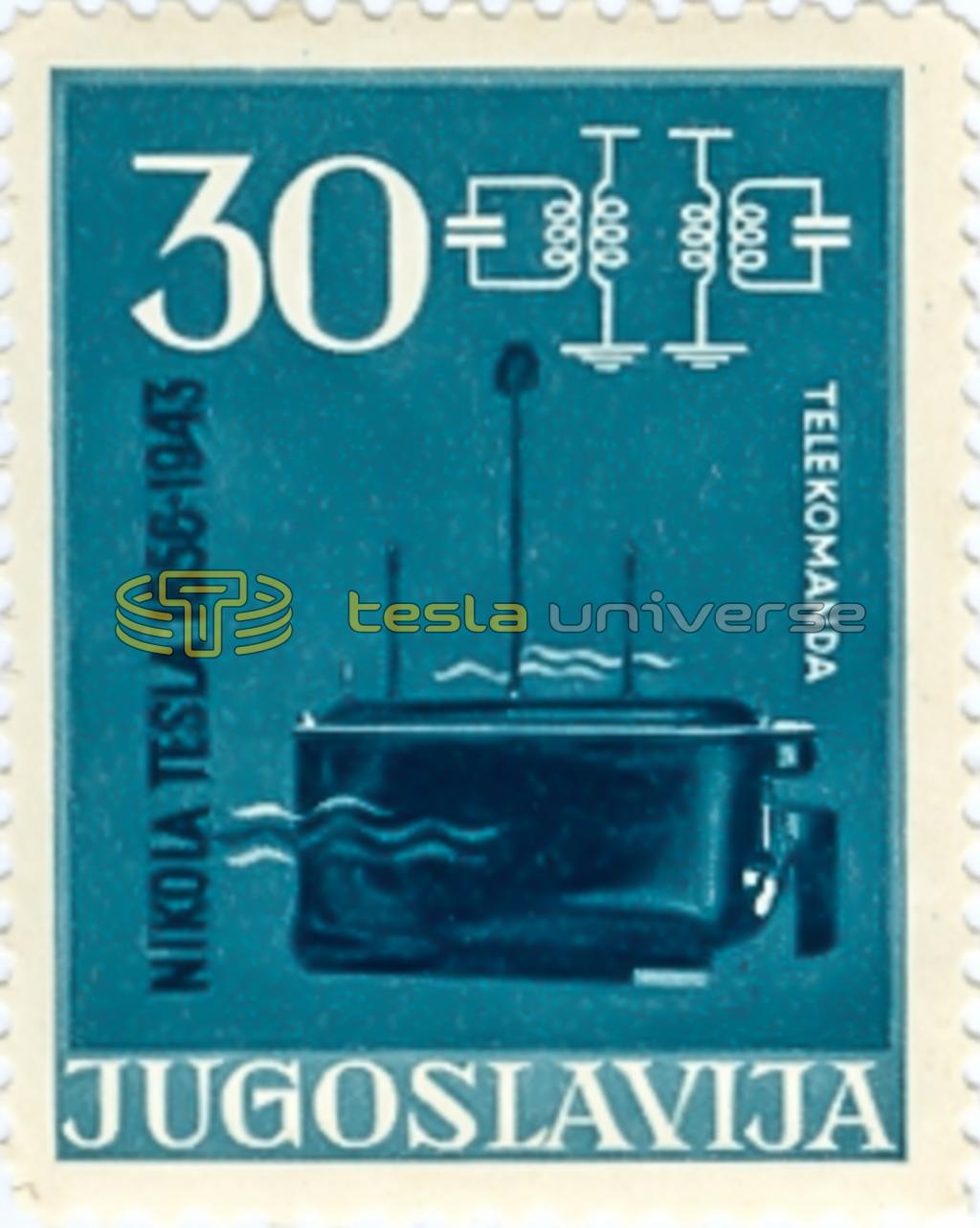 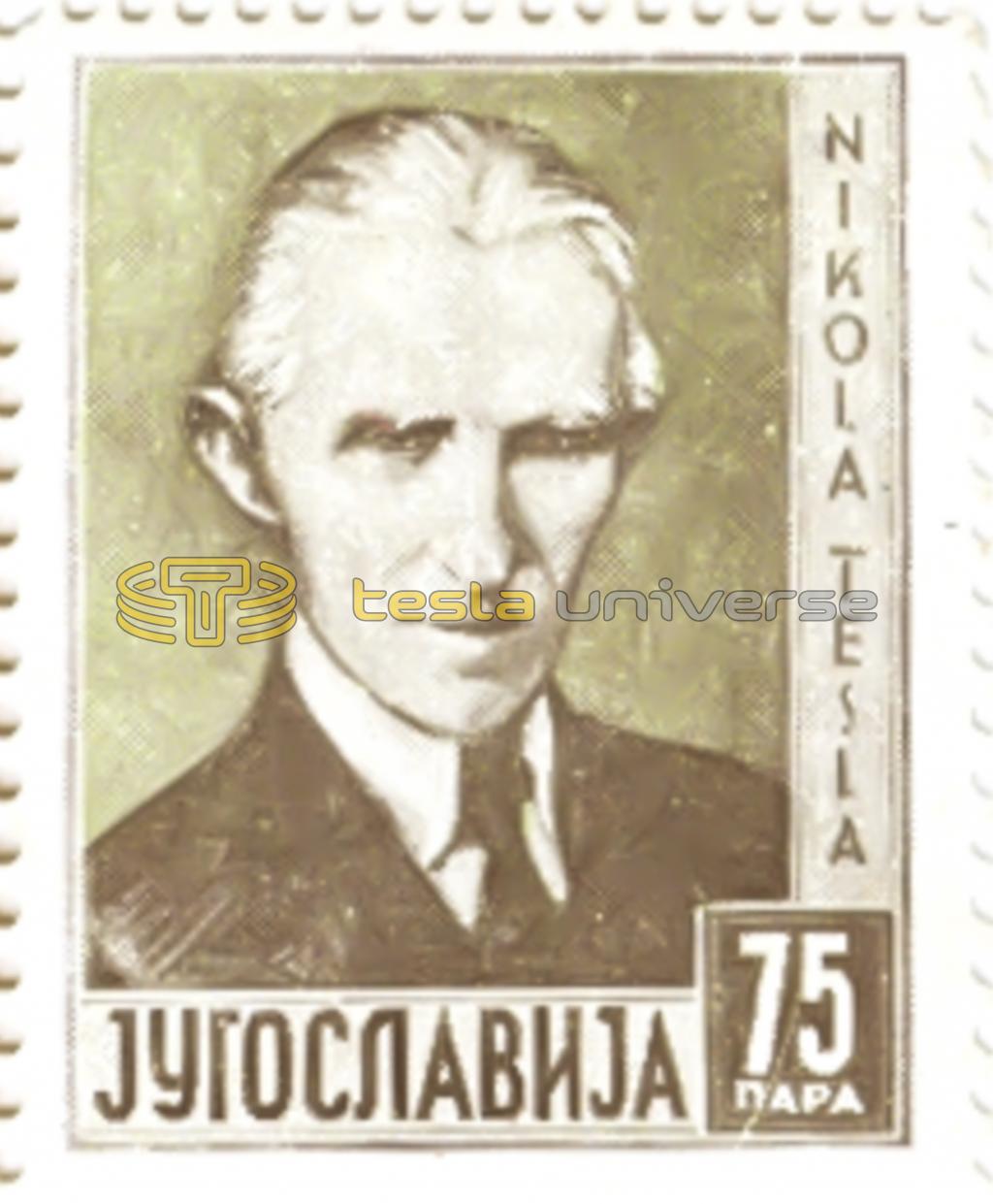 These experiments were a preparation for Tesla’s next project — the establishment of a wireless power transmission facility with the help of the tower in Wardenclyffe on Long Island. The Wardenclyffe Tower, i.e. the project of the World wireless system has never been completed, and it was dismantled for scrap in the course of World War One. After this unsuccessful project Tesla never recuperated financially, and he filed for bankruptcy in 1915. In 1906 he illustrated how a bladeless turbine, later called Tesla’s turbine, worked. In 1917 he received the highest award of the American Institute of Electrical Engineers, Edison’s medal. In the same year he laid down the fundamental principles of the radar that refer to the radar frequency and power, and in 1931, on his 75th birthday, Tesla appeared on the title page of the journal Time.

Nikola Tesla filed a total of 112 patents in the USA only, and 156 all over the world.
He received honorary doctorates for his work at numerous universities: Columbia University, Yale University, University de Poitiers, Polytechnic Institutes of Graz, Vienna and Bucharest, and the universities of Belgrade, Brno, Grenoble, Paris, Prague, Sofia and Zagreb. Nikola Tesla never married, he left no direct heirs, and he also suffered from phobias, fear of hair, bacilli and peaches. He was fascinated by cleanliness and the number three. At the end of his life he liked to keep company with pigeons.

Besides his mother tongue, Tesla fluently spoke English, French, German, Italian, Czech and Hungarian. He died on the 7th of January 1943 in a hotel in New York, room No. 3327. To honor the great inventor, the unit for magnetic induction in the SI system was named Tesla in 1960. In 1975 the Institute of Electrical and Electronics Engineers (IEEE) established the Nikola Tesla Award that is given to the deserving individuals in the field of electro-energetics. As commendation for Tesla’s achievements a crater on the Moon carries his name, and the Australian composer Constantine Koukias composed an opera called TESLA – Lightning in his Hand. 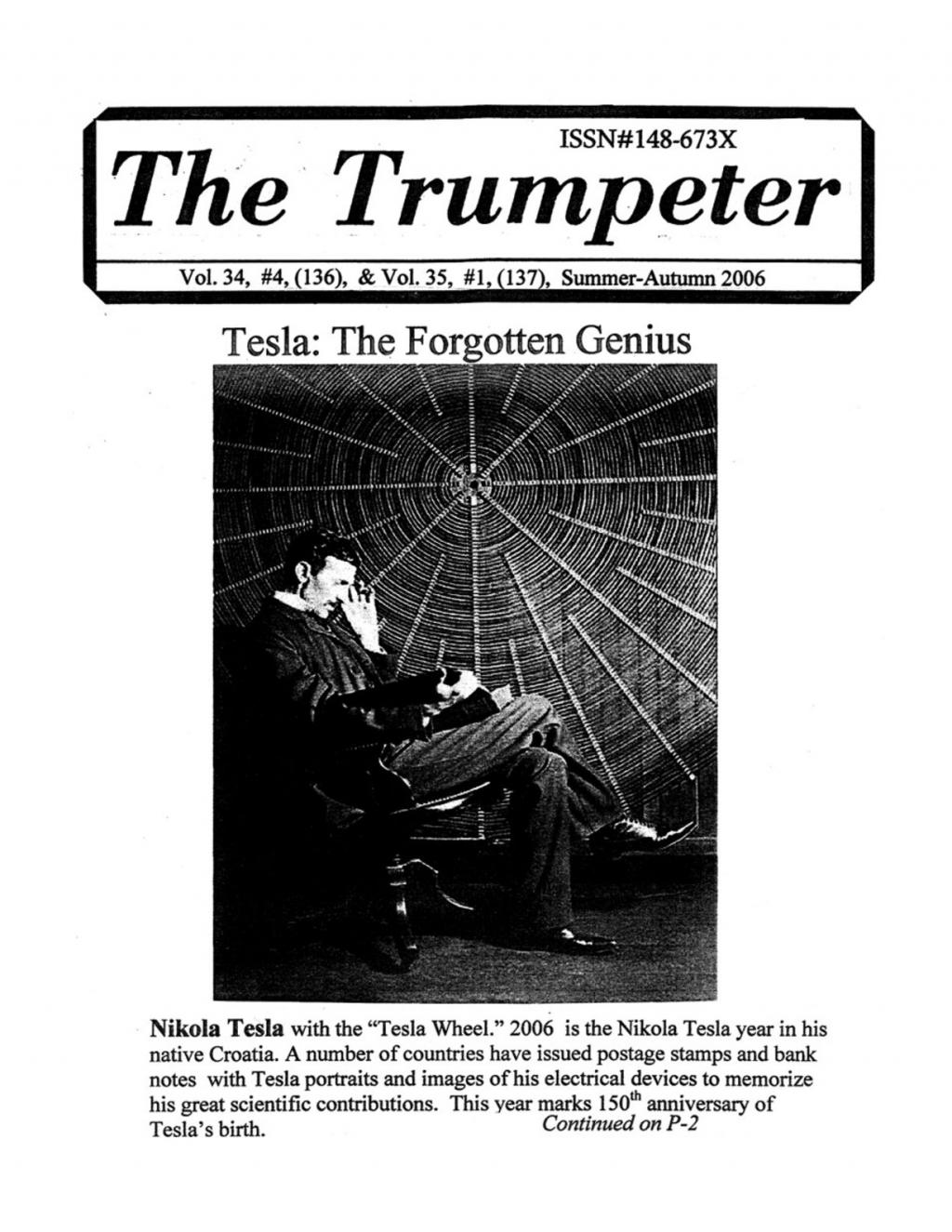