A photograph the Serbian Orthodox Church (SPC) published as proof that satanist rituals are performed at the Nikola Tesla Museum was made during a festival.

The photograph shows an artistic performance held on April 14 as part of the Resonate Festival, dedicated to removing barriers between art, media, and technology.

The SPC published the image on its website on Tuesday, saying it showed why the urn with the remains of the famous Serbian-American scientist and engineer should be removed from the museum in Belgrade, where it is now located.

This came after Belgrade Assembly President Nikola Nikodijevic said the SPC had requested the urn to be relocated, and that the initiative came from the patriarch, “because of satanist rituals performed at the museum.”

Soon after the SPC published the photograph, information about it surfaced on social networks. The same photograph was published on the festival’s official Twitter account:

The people sitting near the urn are artist Robert Aiki Aubrey Lowe, known as Lichens, who was a guest of the festival.

The daily Blic said that the photograph showed a part of an interview and performance, “Passing through Zero,” performed at the museum.

Also in the photograph is Radio B92 presenter Una Senic and photographer Branimir Milovanovic, whose back is turned to the camera. 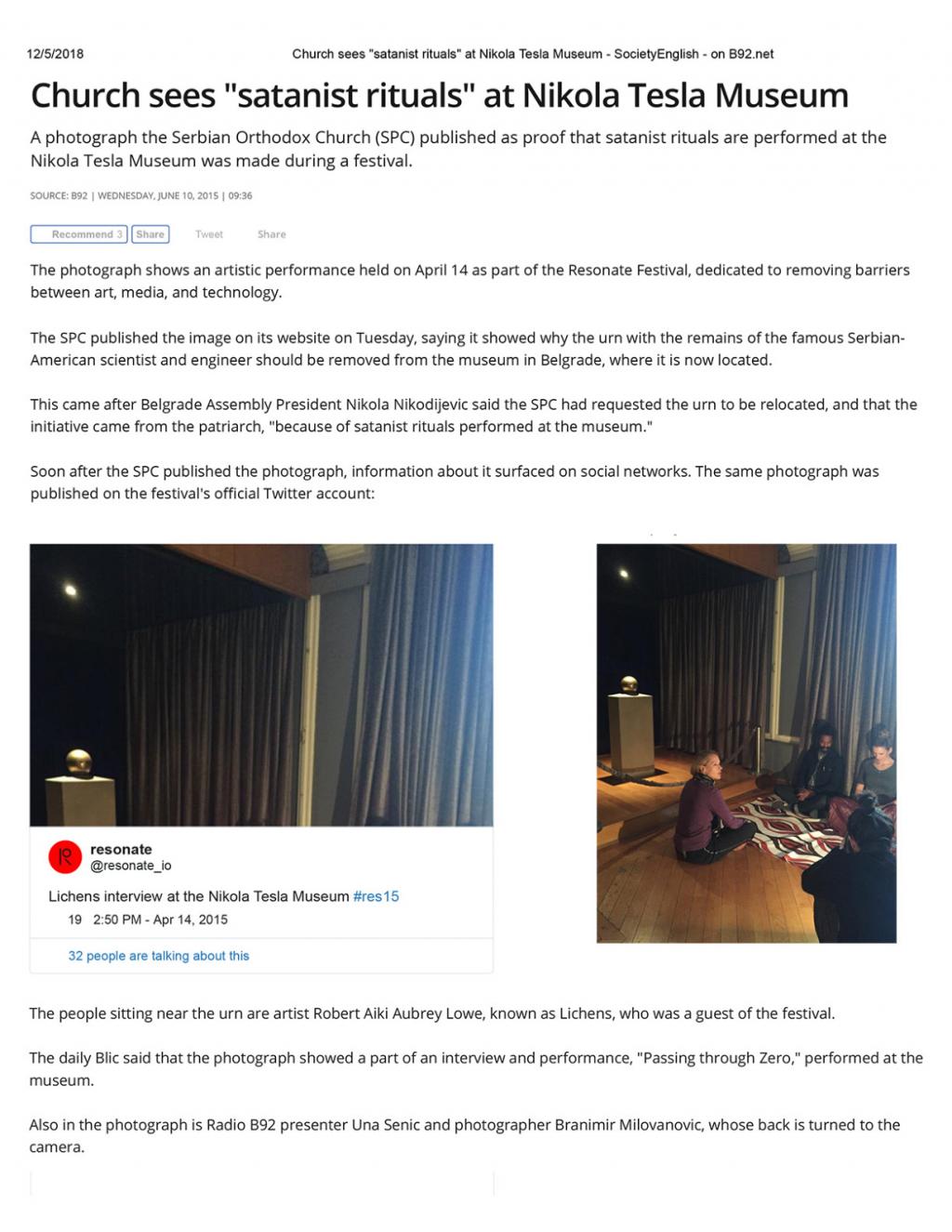