Six years ago, when Turbine Flats, a small-business “hatchery” was starting up at 21st and Y streets, founder Matt Wegener said inspiration came from the Serbian immigrant inventor Nikola Tesla, a technology pioneer of the 19th and 20th century.

Tesla was considered by most to be an eccentric, and many of his inventions were not appreciated until years later, if at all, Wegener wrote at the time.

One such invention was a bladeless hot gas turbine called, aptly, the Tesla Turbine. Wegener and colleagues considered naming their business incubator the Tesla Turbine Project but decided on Turbine Flats Project by combining Turbine with the European open-style living concept.

Honored in an online comic strip that dubbed him “the greatest geek who ever lived,” Tesla’s 157th birth anniversary was Wednesday.

Here’s some of what Nikola Tesla did, or tried to do:

Remote control -- He won a patent dealing with the remote control by radio of moving vessels and vehicles, laying the groundwork for wireless telemechanics, robotics and satellite communication.

Radar -- The people who built the first primitive RADAR units in 1934 were following principals, mainly regarding frequency and power level, that were first established by Tesla in 1917.

Wireless energy transmission -- At the 1893 World Fair in Chicago, Tesla demonstrated that you could wirelessly transmit electricity by firing up a series of phosphorous light bulbs in a process he called electrodynamic induction.

X-rays -- German physicist Willhelm Röntgen is credited widely with the discovery of X-rays in 1895, but Tesla’s own experiments highlighted some of the inherent dangers of using radiation on human flesh.

Robotics -- Tesla imagined that, in the future, a race of robots would be able to perform labor safely and effectively.

Earthquake machine -- In 1898, Tesla claimed he had built and deployed a small oscillating device that, when attached to his office and operating, nearly shook down the building and everything around it. Realizing the potential terrors such a device could create, Tesla said he took a hammer to the oscillator to disable it, instructing his employees to claim ignorance to the cause of the tremors if asked. 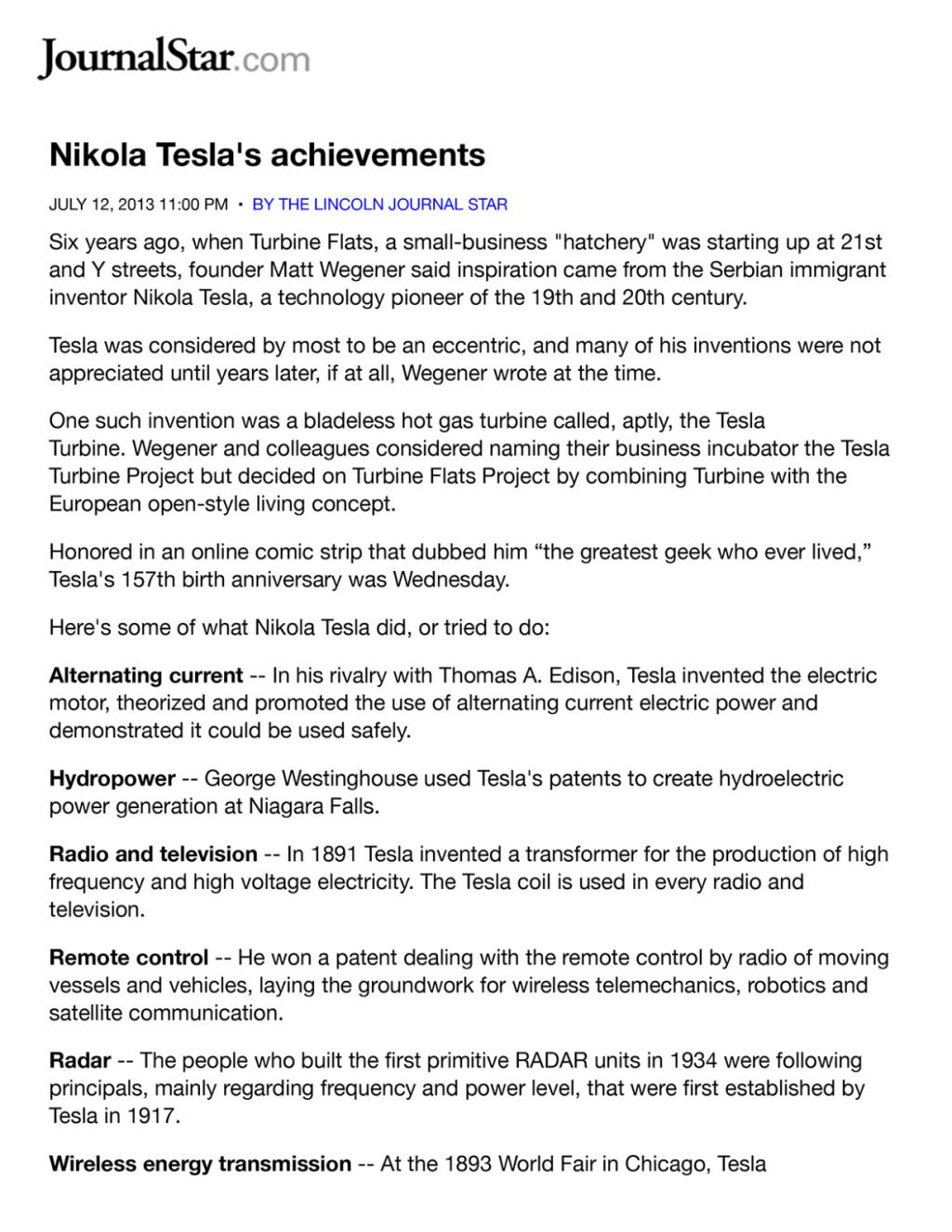