Nikola Tesla, the electrical inventor, was excused from jury duty in a murder case yesterday on account of his views on capital punishment. Mr. Tesla stated emphatically that he thought the infliction of the death penalty not only barbarous and inhuman, but unnecessary as a factor in the scheme of modern civilization.

The inventor was called as talesman in the case of Michaele La Mendola, an Italian, who is being tried on a charge of murder in the first degree before Judge Warren W. Foster in General Sessions. La Mendola is accused of having killed Micapro Alangi, another Italian, in an altercation over $6 last January.

Only a week ago Mr. Tesla was fined $100 by Judge Foster for failing to obey a summons to jury duty, also in a capital case. The fine was later remitted, when Mr. Tesla explained that he had been very busy and overlooked the summons. 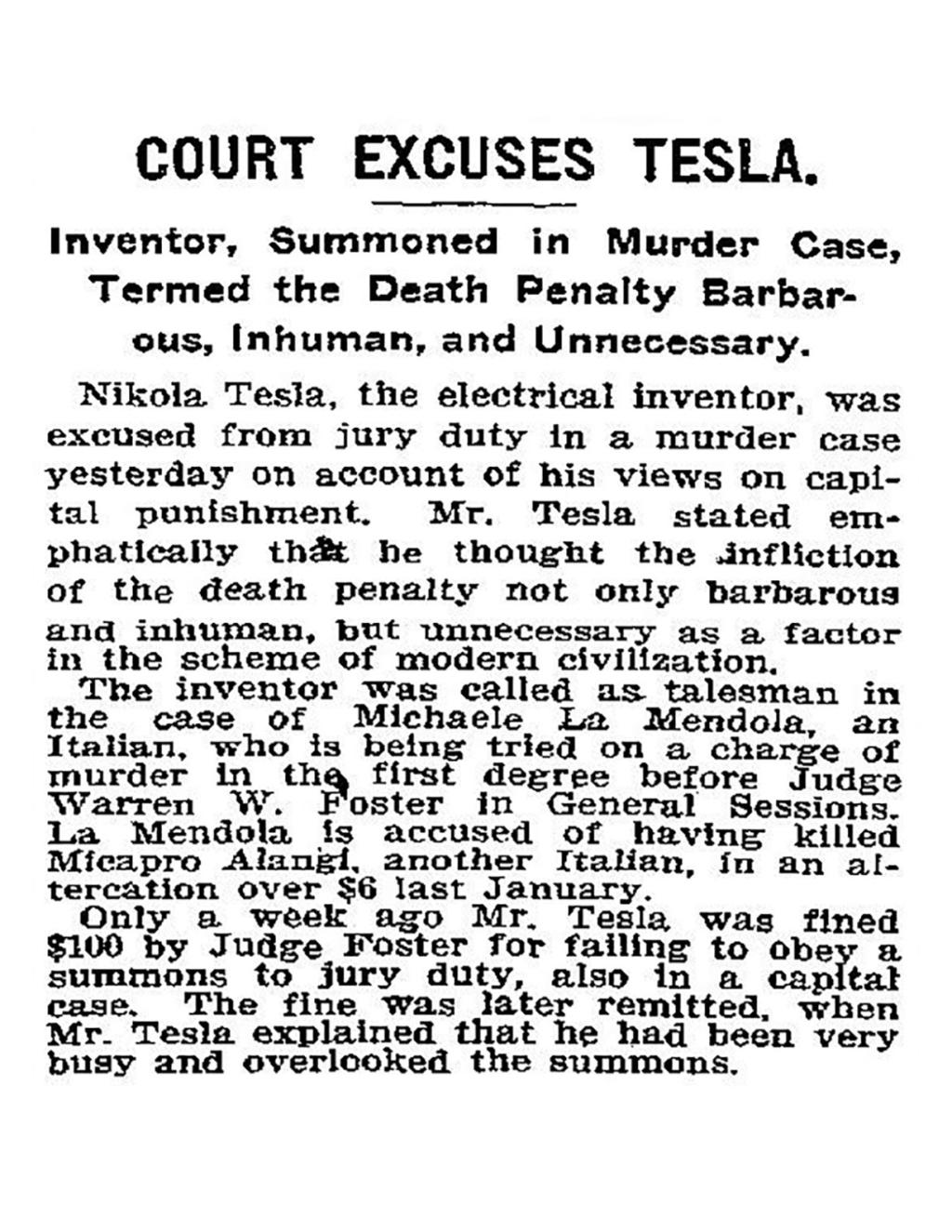