Nikola Tesla Has Made a Great Medical Discovery.

Inventive genius may yet solve some of the great medical problems. Nikola Tesla, the electrician, has a new treatment for tuberculosis, which he calls “electrical oscillation.” It has long been an idea of Mr. Tesla's that oscillation would do many wonderful things, but only lately has he thought of using it for the destroying of germs. He has invented a machine by means of which two and three thousands volts of electricity can be handled with safety, and he drives the current through the lungs with excellent effect. By this treatment it is asserted that all tubercular matter is eliminated from the system, and that the results in several cases have been remarkable. One case in a New York hospital is that of a consumptive who was placed under the Tesla treatment for the first time on July 2, when he had a respiration of 36. It is said that he has recovered the full use of his lungs. He had suffered from tuberculosis for five years. According to physicians, he had a cavity in his left lung as large a silver dollar. This cavity has disappeared. Other patients give testimony quite as extraordinary. If the “oscillator” treatment will do all that Mr. Tesla thinks it will, it is on its face one of the greatest medical discoveries of the age. 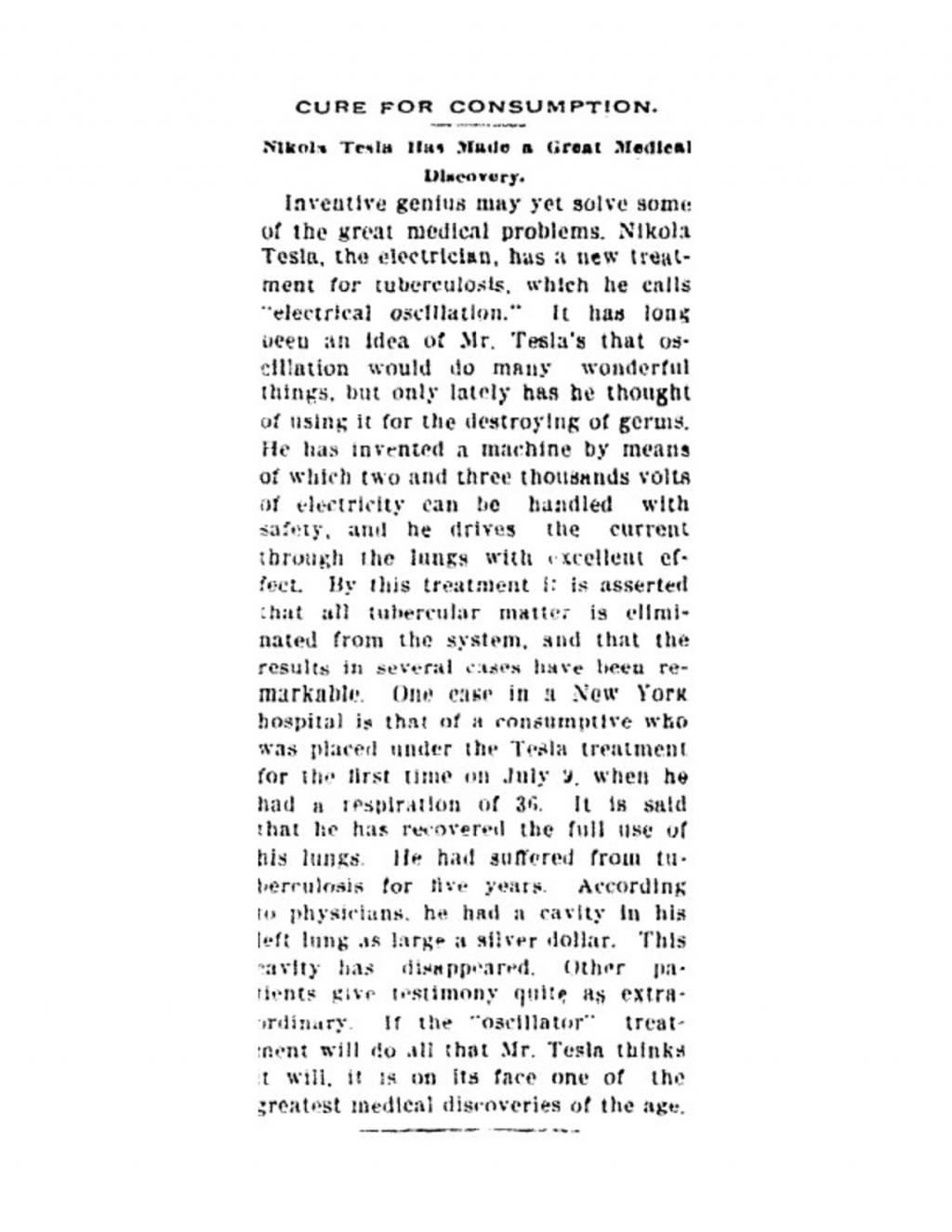