Edison, Tesla and other Scientists to Assist with Government Experiments

Washington, D.C., July 13 – Thomas A. Edison this afternoon through a personal representative sent here accepted Secretary Daniels’ offer of a place to the honorary post on the Naval Investigation Bureau. Through this personal representative Edison said that he had refrained from offering his services to his country in the past, but that he now felt that he was called upon to perform a sacred duty to the country which he loves so dearly.

This plan of Secretary Daniels has received warm approval from head of the navy, ordinance construction and engineering bureaus, and as a result Secretary Daniels will at once make similar requests upon Orville Wright.

Secretary Daniels this afternoon said that Hammons, Ford, Nikola Tesla, Cooper Hewitt and Professor Lewis Johnson will be engaged by the government to assist Edison and Wright in making a series of most sensational experiments. While these experiments are being tried out special attention will be given to submarines and aeroplanes. 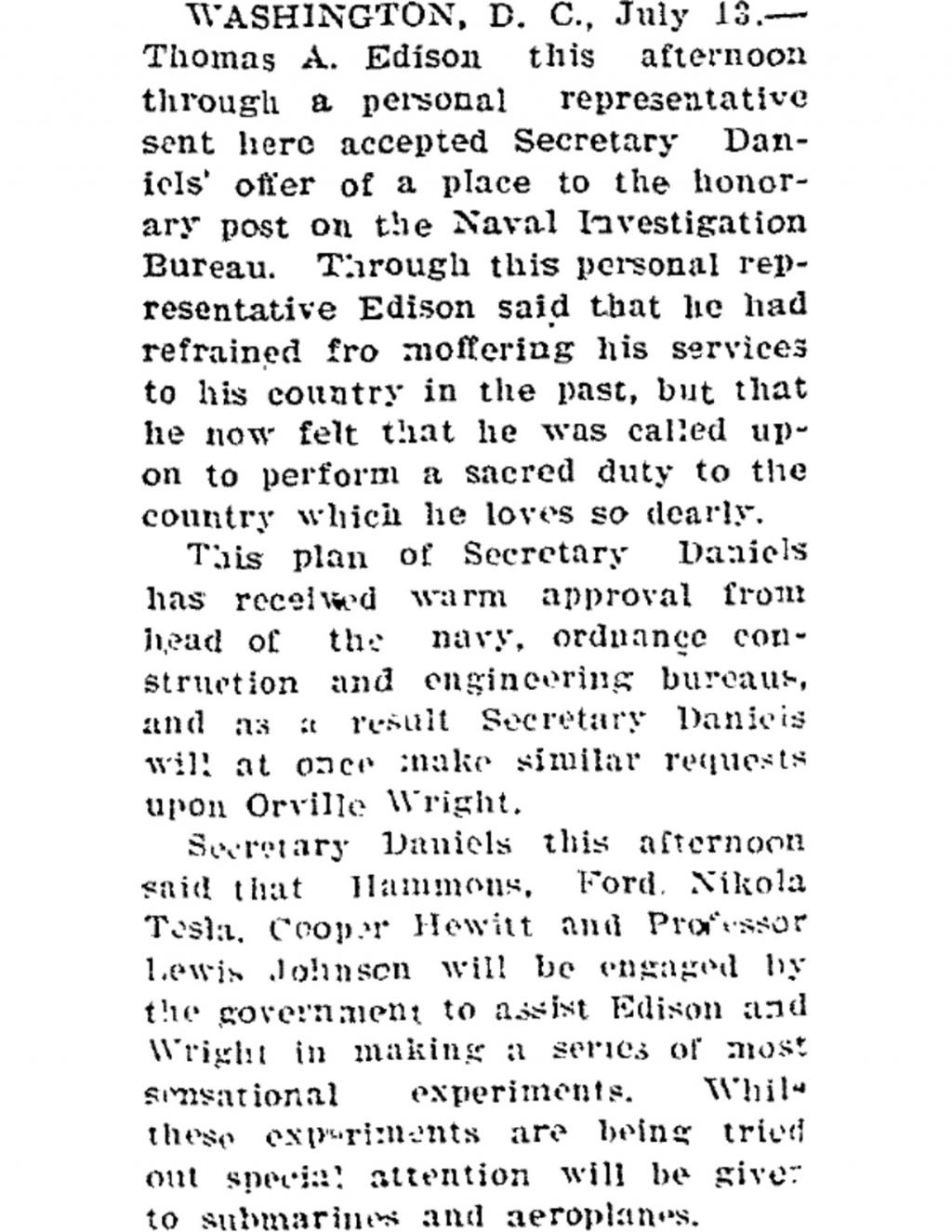