An English Opinion of the Tesla Motor

In our issue of the 18th May, we gave an account of a very interesting investigation made by Professor Galiles Ferraris, of Turin, which had for its object the production of mechanical rotation by the electro-dynamic action of alternating currents. The fundamental principle of the apparatus devised by Ferraris, is a revolving resultant magnetic field produced by two coils, which carry alternating currents, and the axes of which are at right angles to each other. We said in our account of this investigation, that this principle may be applied in the construction of electricity meters to be used on an alternate current supply system, and possibly also in that of motors; though on this point we would not prophesy. It is significant of the enterprise and inventive skill of American electricians, that at the time these lines were being printed, Mr. Nicola [sic] Tesla brought before the American Institute of Electrical Engineers an actual solution of the problem which we on this side of the Atlantic merely foreshadowed as possible at some future time. The solution may, perhaps, not be perfect in its present form; but as far as it goes, it is a long step in the direction of applying alternating currents for motive power purposes, and as such it will be appreciated by those of our readers who are interested in the distribution of electricity from central stations. Owing to the importance of the subject, we give herewith Mr. Tesla's paper in full. - London Industries. 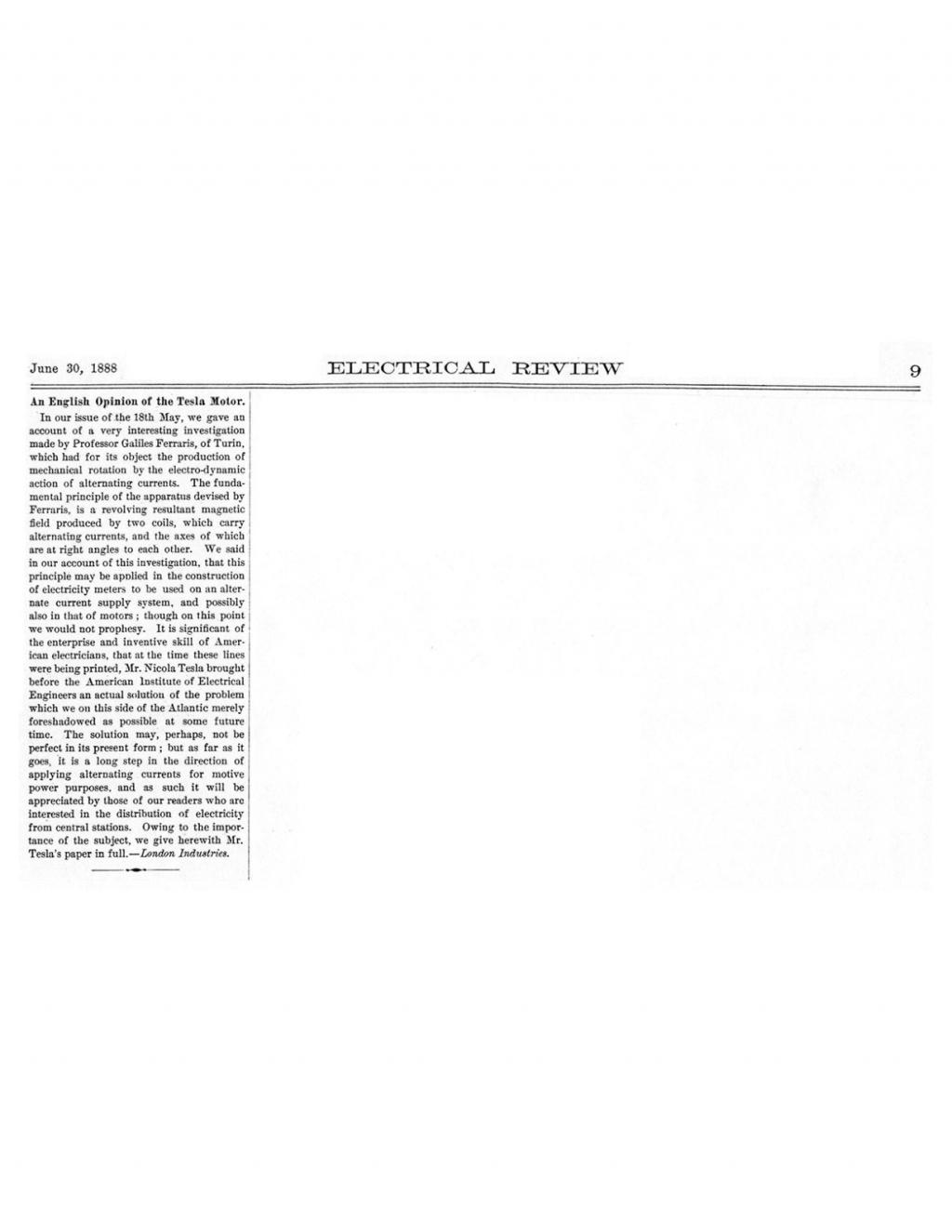