Hitch Factory Wheels of Buffalo to the Niagara

Buffalo, N. Y., Nov. 16. - At midnight last night the turning of a switch in the big power house at Niagara Falls completed a circuit which caused Niagara to flow up hill, so to speak, by returning a fraction of its resistless energy, which had already swept past the gates of Buffalo back into that City, 27 miles distant. The harness was buckled that hitches the factory wheels of Buffalo to the greatest cataract on earth.

This morning the street cars of this city were moved by falls power. Hereafter the falls must work enough to earn their living. The buckling of the harness could have been done as well 12 hours earlier, but owing to the fact that the father of William B. Rankin of New York, secretary of the Niagara Fall Power company, is a clergyman, and in deference to his wishes, the Niagara Falls power was not turned into the transmitting system at noon Sunday, as had been expected. The connections were made at midnight. The force of experts having the work in charge were busy all of Saturday night and until late last evening testing the various connections and going over the machinery to make sure everything was in proper order. When everything was in readiness for the switch to be thrown over, the electricians were confident that there need be no cessation of the current set flowing over the wires of the Buffalo street railway system.

It was in order to secure the contract with the street railway company that the work was hurried through so far ahead of time. Contracts with others desiring to use the electrical power will now be made, and it is thought that by the opening of spring the power will be well distributed throughout the city. Since the inception of the undertaking, and during its carrying out, the company have frequently called upon Messrs, Edison and Tesla for advice and these famous masters of electricity have been frequent visitors to the Niagara Falls powerhouse to solve technical problems. The power will sell in Buffalo for $36 a horse power per annum, and under its contract with the city the company must increase its capacity 10,000 horse power per year, until the maximum of 50,000 horse power has been reached. 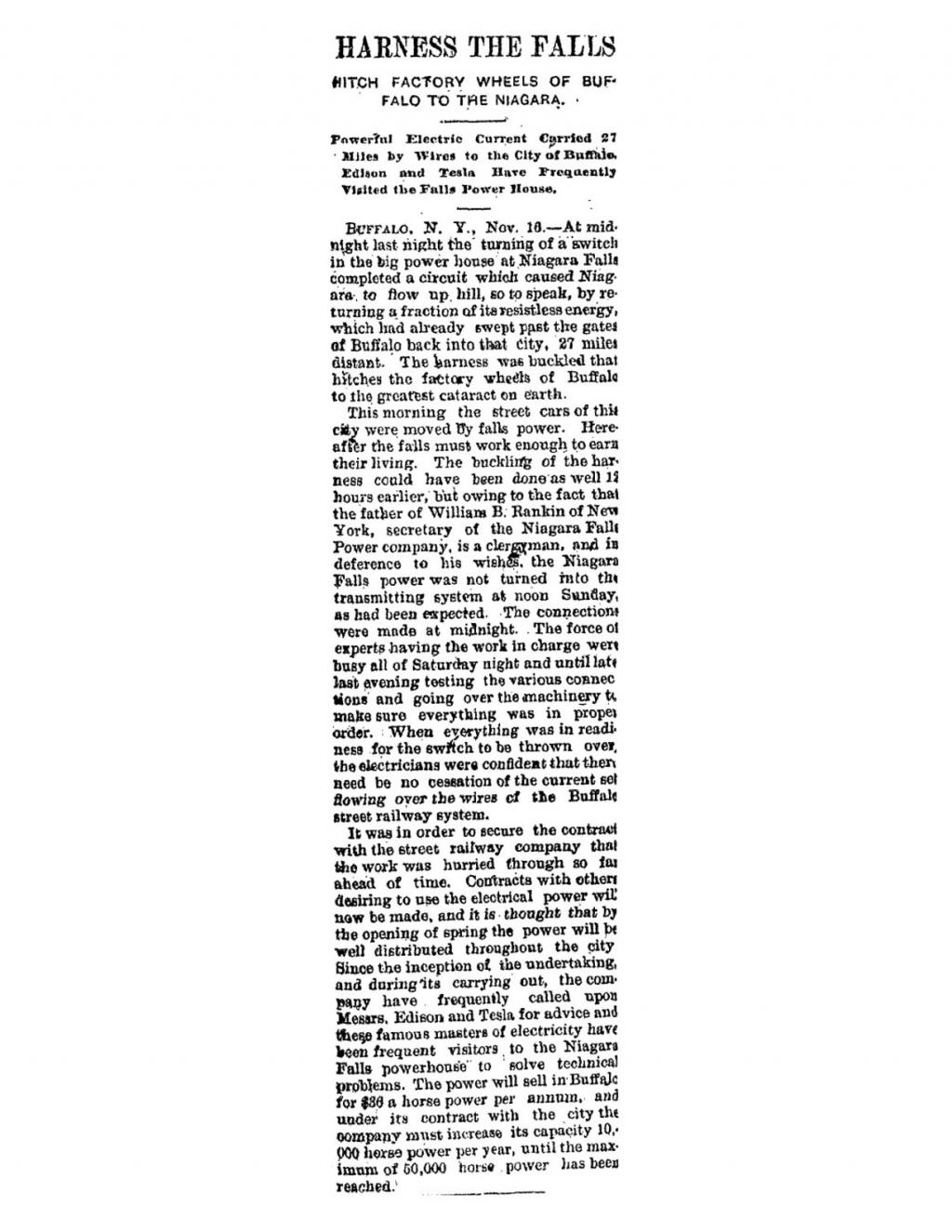