The accompanying illustration represents the Hercules mining machine operated with the Tesla motor of the Westinghouse alternating current system. This is the first application made of the Tesla motor in connection with mining operations; but the fact that it has been such a signal success renders the great future for the motor even in this particular branch a certainty.

The Hercules Mining Machine was invented by Mr. E. E. Carter, a mechanical engineer of Pittsburgh, who sold it to the Hercules Mining Machine Company, a corporation composed of a number of Pittsburgh capitalists, prominent in the coal industry of the Monongahela Valley. The company at once set to work to make the machine a practical success. Experiments were inaugurated in the mines of the First Pool Monongahela Gas Coal Company, and the first problem presenting itself was to find a suitable motive power for the machine. Compressed air was utilized for some time and then abandoned to make room for electricity, which had proved to be much more practicable, and since the application of the motor to the machine nothing could be more satisfactory than the work of both.

As far as the machine itself is concerned, we may state that its dimensions are 36 X 60 inches, with an undercut of 42 inches and a scarf from 3 to 3½ inches high. In operation with the Tesla motor, it is handled by one man only. Its production represents a capacity of 600 square feet (floor space) in ten hours. Its great advantages are less physical labor for the miner and an assurance of an increased profit to the operator, which gives him an opportunity of paying the miner better wages. While the machine is going the man may leave it to itself and attend to the preparations for the next shift.

The success of the experiments have prompted the Monongahela Gas Coal Company to install a large plant of the machines at their mines, and the Hercules Mining Machine Company has made a contract with the Westinghouse Electric Company for a large number of Tesla motors, as the prospects are that within the near future a large number of the machines will be disposed of. 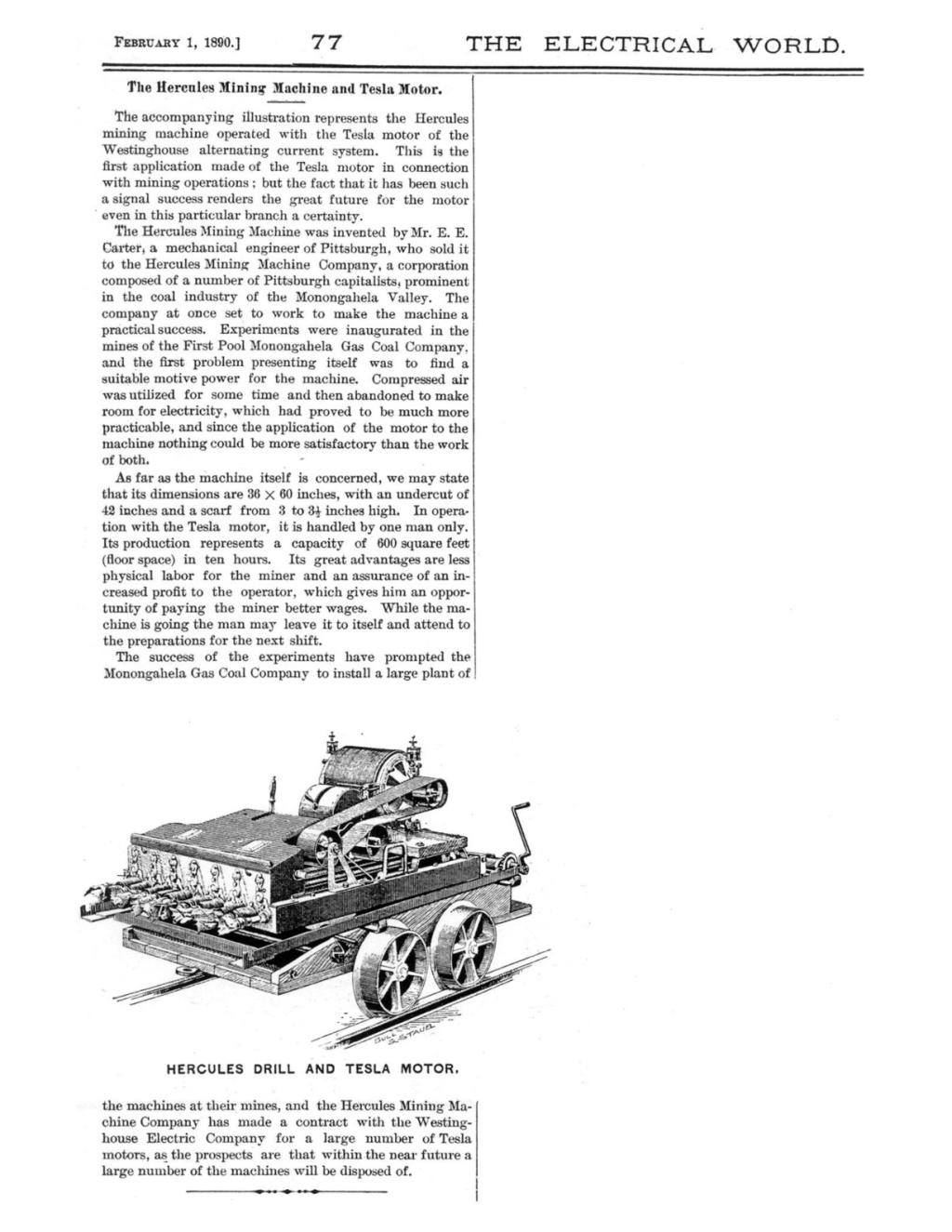