Mr. Tesla on the Future

On Tesla Day, at the Northwest Electric Show, held at Minneapolis, Minn., March 16th to 23rd, Mr. Tesla sent, through Archbishop Ireland, the following message to the people of the Twin Cities and the Northwest:

I bespeak your Grace’s far-famed eloquence in voicing sentiments and ideas to which I can give but feeble expression. May the exposition prove a success befitting the cities of magical growth, the courage and energy of western enterprise, a credit to its organization, a lasting benefit to the communities and the world through its lessons and stimulating influence as a bewildering, unforgettable record of the triumphant progress of the art. Great as are the past achievements, the future holds out more glorious promise. We are getting an insight into the essence of things; our means and methods are being refined, a new and specialized race is developing with knowledge deep and precise, with greater powers and keener perceptions. Mysterious as ever before, nature yields her precious secrets more readily and the spirit of man asserts its mastery over the physical universe. The day is not distant when the very planet which gave him birth will tremble at the sound of his voice; he will make the sun his slave, harness the inexhaustible and terribly intense energy of microcosmic movement; cause atoms to combine in predetermined forms; he will draw the mighty ocean from its bed, transport it through the air and create lakes and rivers at will; he will command the wild elements; he will push on and on from great to greater deeds until with his intelligence and force he will reach out to spheres beyond the terrestrial.

I am your Grace’s most obedient servant. 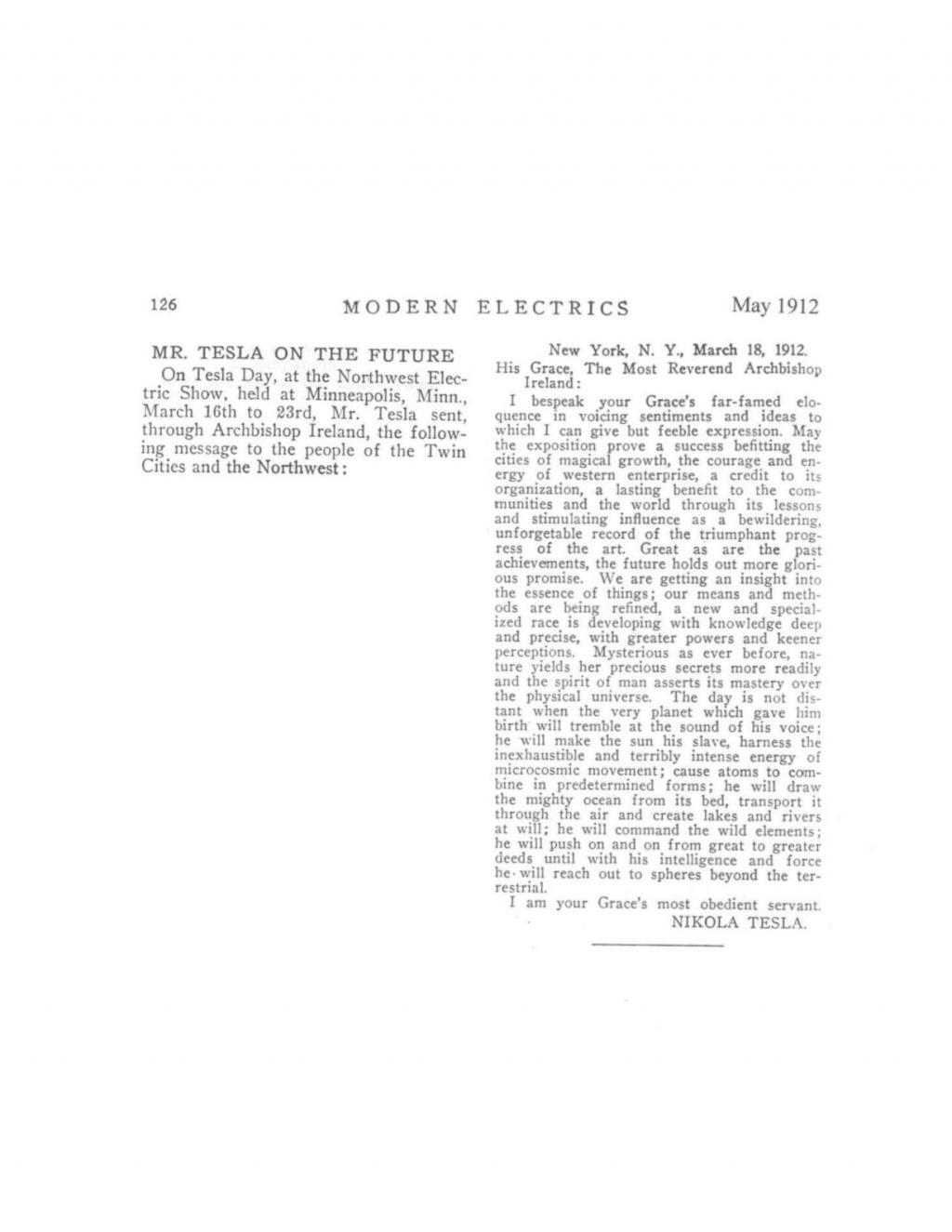