by A. Bottone
Electrical Engineer, The
Page number(s):
893

Mr. Nikola Tesla has announced that as the result of experiments conducted at Shoreham, Long Island, he has perfected a new system of wireless telegraphy and telephony in which the principles of transmission are the direct opposite of Hertzian wave transmission. In the latter, he says, the transmission is effected by rays akin to light, which pass through the air and cannot be transmitted through the ground, while in the former the Hertz waves are practically suppressed and the entire energy of the current is transmitted through the ground exactly as though a big wire. Mr. Tesla adds that in his experiments in Colorado it was shown that a very powerful current developed by the transmitter traversed the entire globe and returned to its origin in an interval of 84 one-thousandths of a second, this journey of 24,000 miles being effected almost without any loss of energy. 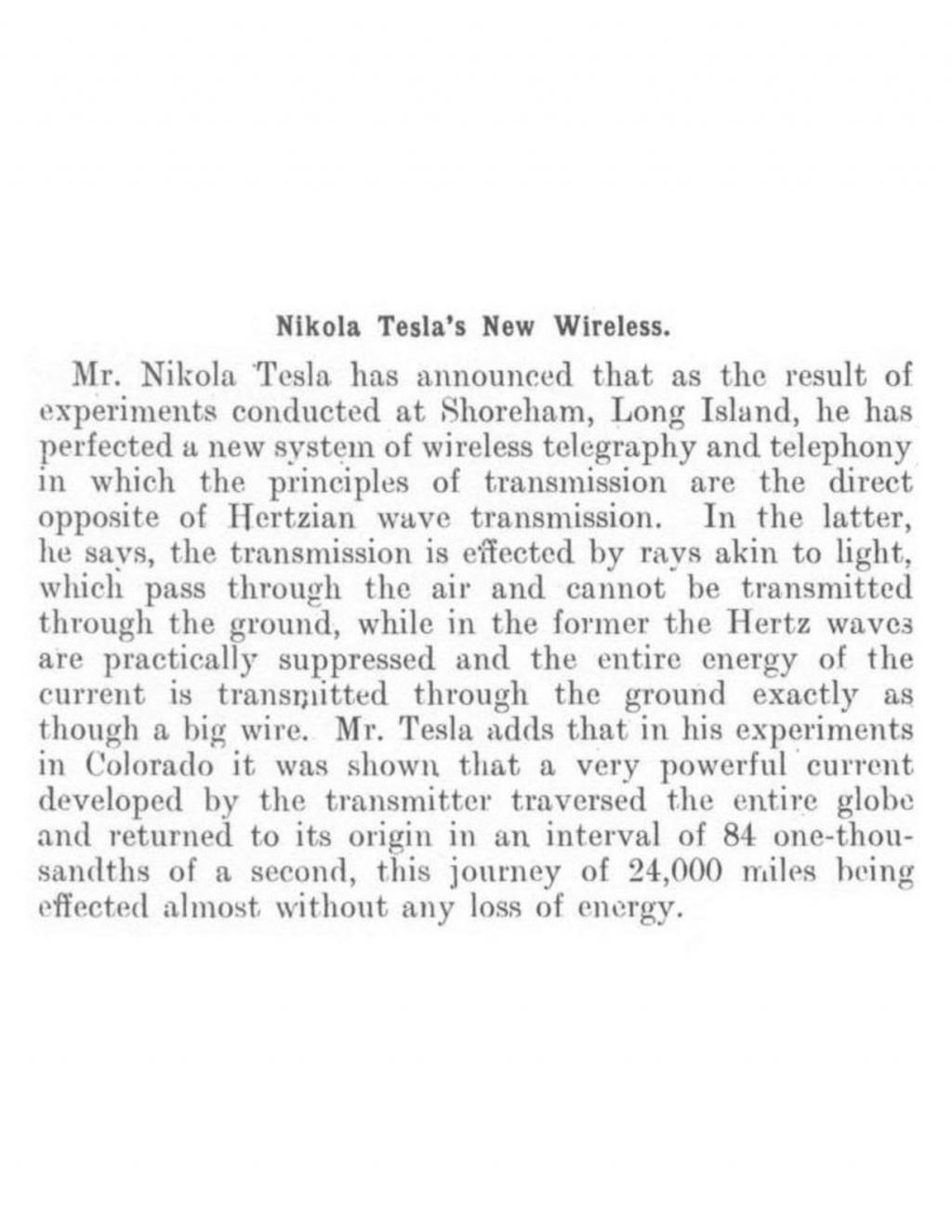