In a letter to the editor of the Buffalo Enquirer, Mr. Nikola Tesla replies as follows in regard to an inquiry on the subject of the future of electricity:

“The transmission of power has interested me not only as a technical problem, but far more in its bearing upon the welfare of mankind. In this sense I have expressed myself in a lecture, delivered some time ago.

“Since electrical transmission of energy is a process much more economical than any other we know of, it necessarily must play an important part in the future, no matter how the primary energy is derived from the sun. Of all the ways the utilization of a waterfall seems to be the simplest and least wasteful. Even if we could, by combining carbon in a battery, convert the work of the chemical combination into electrical energy with very high economy, such mode of obtaining power would, in my opinion, be no more than a mere makeshift, bound to be replaced sooner or later by a more perfect method, which implies no consumption of any material whatever.” 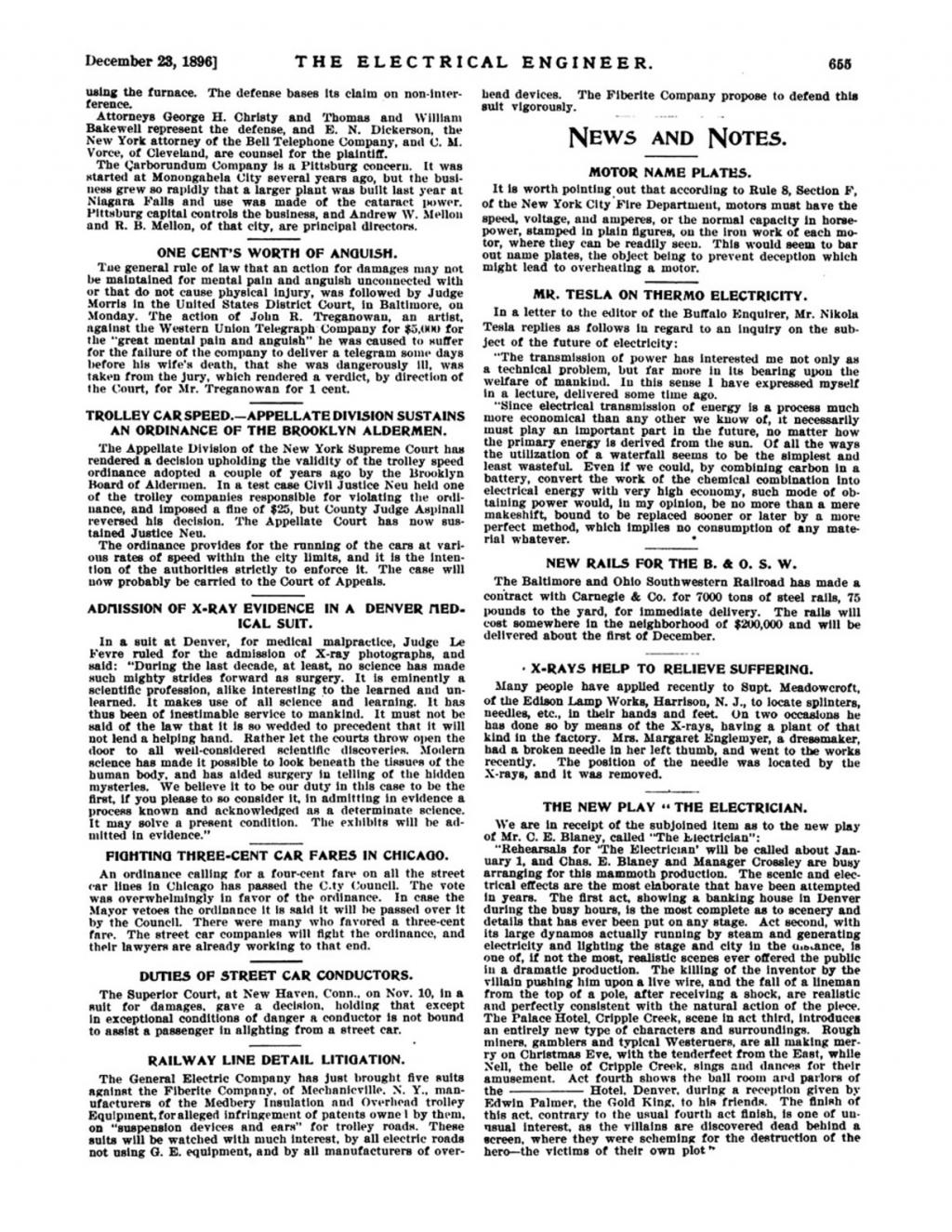