It is well known that for many years Mr. Tesla has been addressing himself to the largest problems connected with the increase of human energy by electrical means, and in the eyes of the great number of eager investigators in the general field of electricity this fact will give piquancy to the important narrative of his work which he contributes to the present number of The Century. Happily, the paper is addressed also to the comprehension of the untechnical reader, who will find some of the ideas and results there set forth little short of the incredible. In general, much that must seem speculative to the layman can take its proper place only in the purview of the scientist, who knows what a part the imagination has played both as a forerunner and as a stimulus of discovery. In Sir Isaac Newton's day no doubt there were wiseacres who would have considered that eminent "dreamer" much more worthy of their respect if the fall of the historic apple had suggested to him not a mere trifle like the law of gravitation, but some new and important device in cidermills. The dullest observer is not likely to blink the practical bearings of Mr. Tesla's paper on manufactures, mining, invention, agriculture, commerce, transportation, war - in short, on modern life itself.

For the general reader, Mr. Tesla does what he confesses the author of "The Intellectual Development of Europe" did for him - namely, presents a new and never-to-be-forgotten conception of humanity moving as a mass. To follow his vivid introduction is like looking down from a great height and seeing familiar and new regions in their true relationship. It begets the feeling of being a spectator at the progress of the world, of listening to the grandest of symphonies. It awakens in one a new interest in his fellow-men and a sobering and devout sense of his relation to the universe, helping him to realize the poet's vision:

One God, one law, one element,
And one far-off divine event,
To which the whole creation moves. 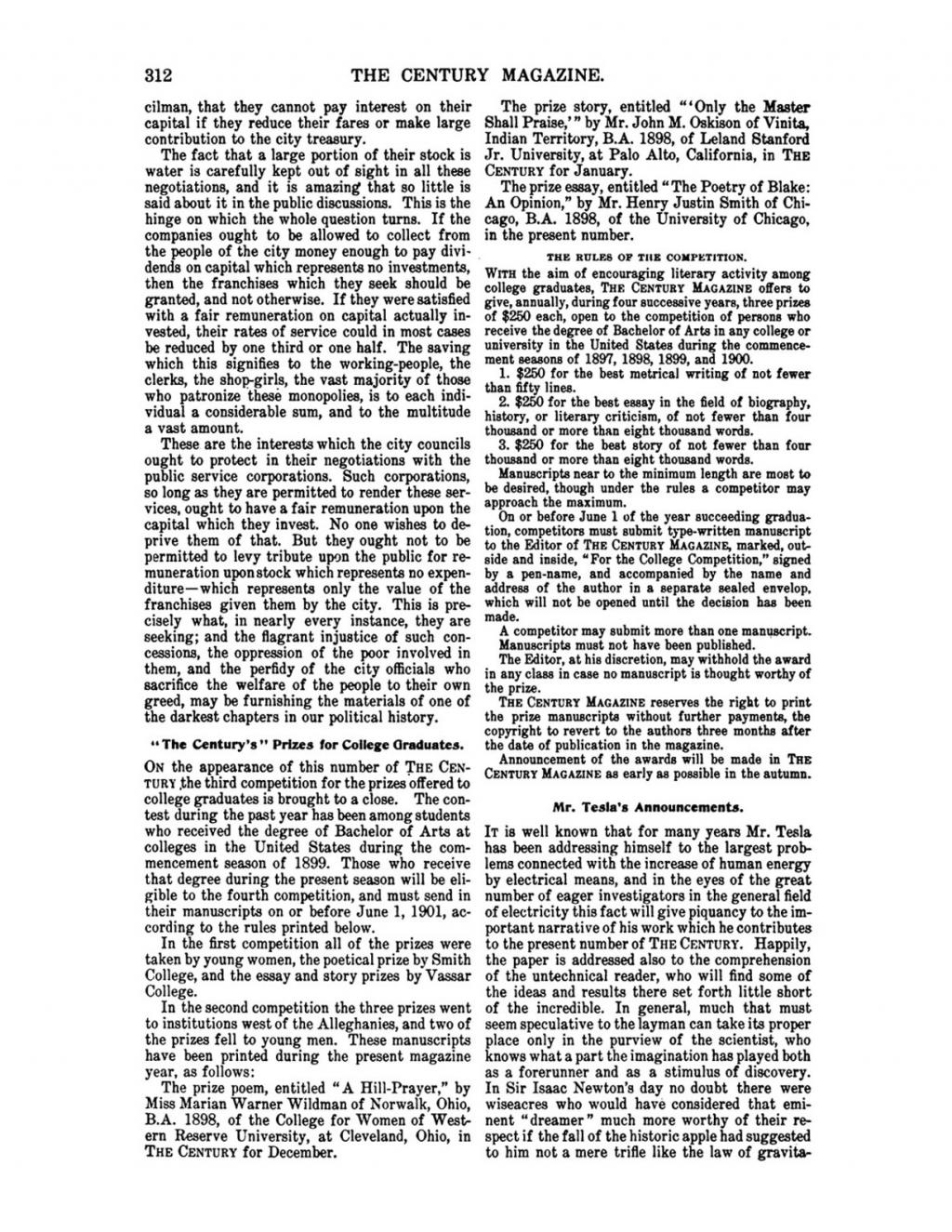