This device is greatly superior to the usual flat core type in efficiency and other respects. It consists of a thin polished metal tube acting as reflector and a base equipped with switch and connecting terminals and carrying spaced resistor wires concentric with the tube and at a certain distance from the inner surface of the same. In this arrangement the diffuse radiation is virtually eliminated, and the heater operates as if the resistor were not present, the rays being projected from the reflector radically to the central or focal region occupied by the boiling pot.

The principal advantages thus secured are the following: 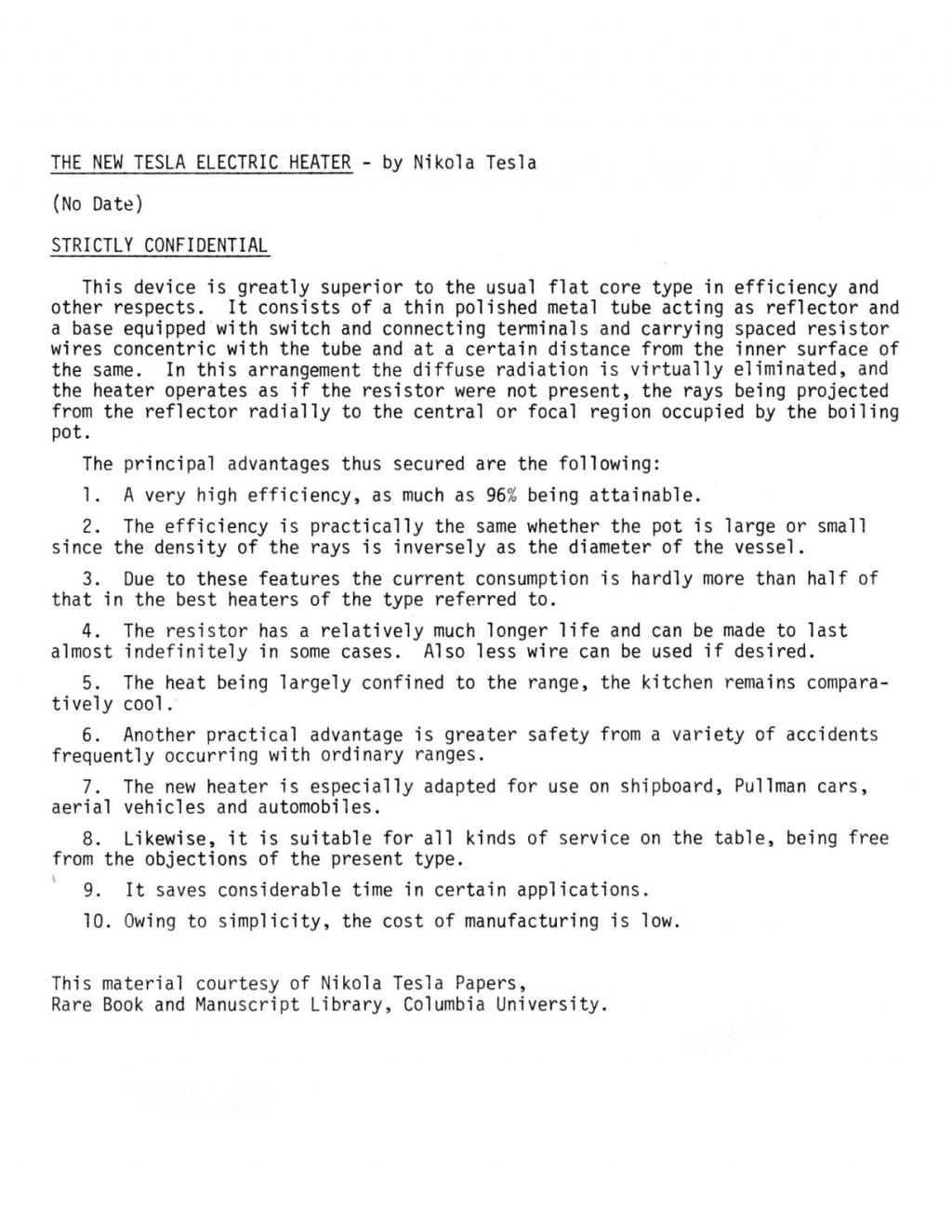