News from New York that Nikola Tesla, famous inventor, today is observing his seventy-ninth birthday, brings to mind among old residents of the city a time when he conducted his scientific experiments in a large barn of a structure on Nob hill here. The experiments were shrouded in secrecy. In New York J. Pierpont Morgan gave the inventor financial assistance and his accomplishments with electricity since that time have startled the world.

Tesla, a native of Jugoslavia, whose facial appearance resembles that of Connie Mack of the Philadelphia Athletics baseball team, came to Colorado Springs in 1899. At that time he was a man with a national reputation, but, from lack of support for his work here he went to New York.

With the assistance of Leonard E. Curtis, member of Colorado's first state highway commission, and the Colorado Springs Electric company, Tesla established an experimental laboratory in a barnlike structure on Nob hill.

Tesla's dream is power — unlimited, cheap, direct from a mysterious phase of nature. What the source is Tesla does not explain. He appears content to rest his authority on the fact that an almost incredible dream of his nearly half a century ago has since been translated into $50,000,000,000 of electrical equipment, of which more than $1,000,000 went to the Inventor.

That dream was the induction motor and the transmission of alternating current for two, three, multi and polyphase motors. He left here In 1906.

On his experimental instruments he said be picked up the “vibrations” of electrical storms 200 miles away. Of those experiments he wrote in the Electrical World and Engineer in 1904: “Not only was it practicable to send telegraphic messages to any distance without wires, but also to impress upon the entire globe the faint modulations of the human voice; far more still, to transmit power, In unlimited amounts, to any terrestrial distance and almost without any loss.” 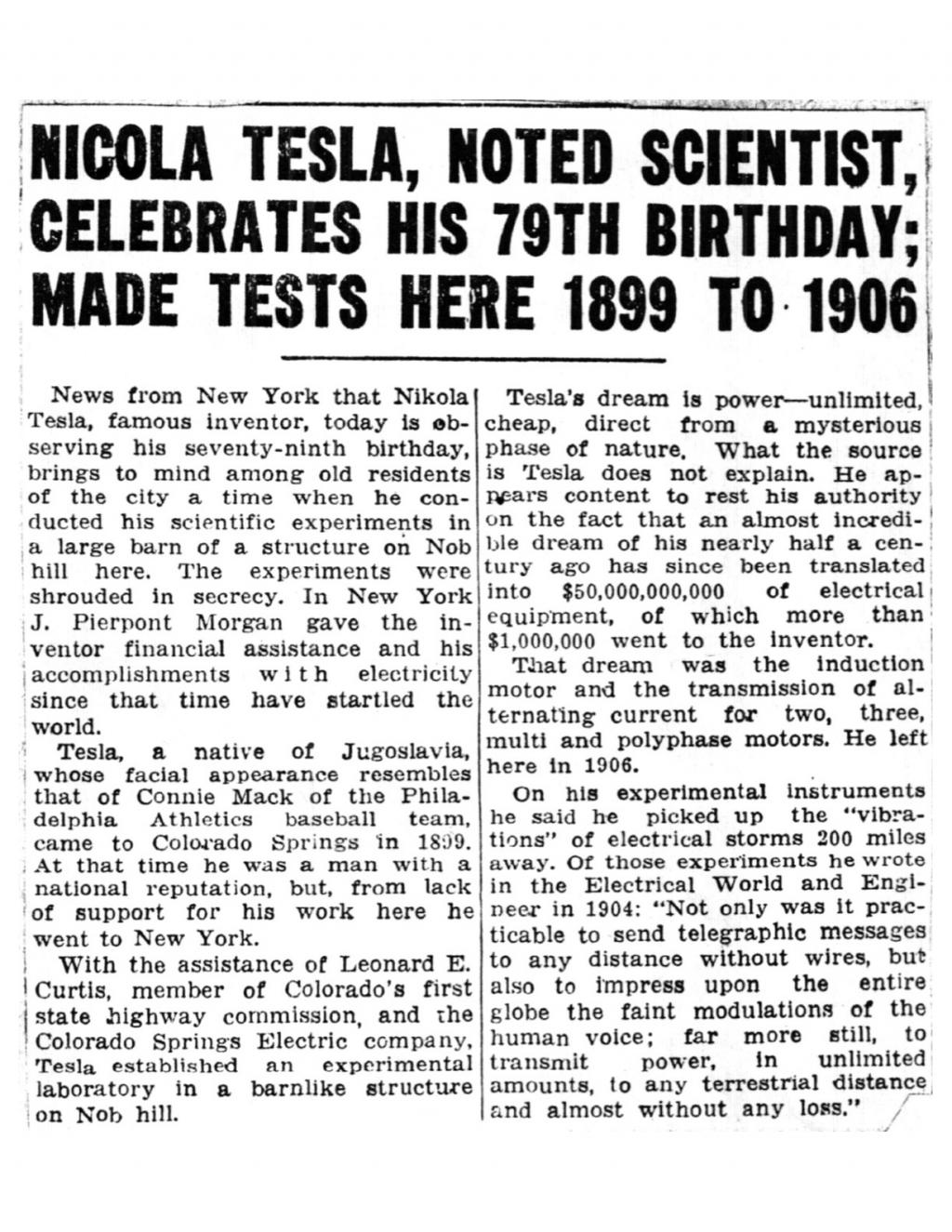