As an inventor Nikola Tesla had the unusual experience of living for half a century after some of his most important discoveries and developments were announced to the world. He was thus able to see the application, improvement and consequences of a number of basic electrical inventions. Tesla's motor and his system of alternating current power transmission were devised in 1888; three years later he brought out a transformer, and by 1896 was experimenting with wireless.

He shared with numerous other inventors, however, the more common experience of advancing some of his scientific ideas long before the world had become sufficiently informed to understand their importance. When we remember that Marconi's radio as a popular interest waited for the 1920s, it is easier to understand how fantastic seemed Tesla's proposals at the turn of the century for transmission of power without wires.

In his later years when he appeared to be carried away with scientific notions of a highly impracticable kind, the world forgot the Tesla of fifty years ago, but continued to advance on inventions he had built. 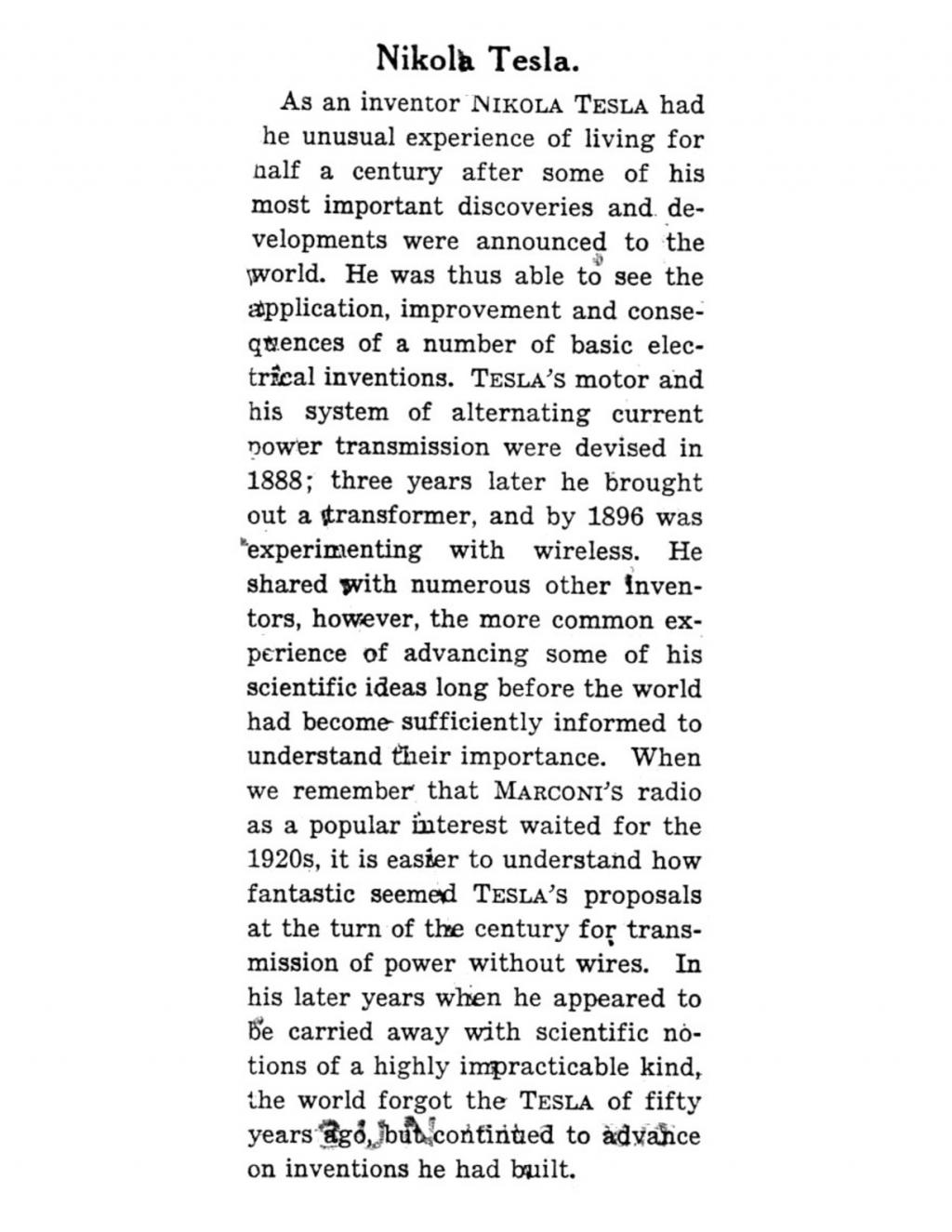