Nikola Tesla, 86, the electrical genius who discovered the fundamental principle of modern radio, was found dead in his room at the Hotel New Yorker, Manhattan, last night.

Tesla never married. He had always lived alone, and the hotel management did not believe he had any near-relatives.

Despite his more than 700 inventions, he was not wealthy. He cared little for money, and so long as he could experiment was happy.

He was the first to conceive an effective method of utilizing alternating current, and in 1888 patented the induction motor, which converted electrical energy into mechanical energy more effectively and economically than by direct current. Among his other principal inventions were are lighting, and the Tesla coil.

Evidently, he did a lot of thinking that never materialized. It was his custom on his birthday — July 10 — to announce to reporters the shape of things to come.

On his 76th birthday, he announced: “The transmission of energy to another planet is only a matter of engineering. I have solved the problem so well I don't regard it as doubtful.”

When he was 78 he announced he had perfected a “death beam” that would bring down a fleet of 10,000 enemy planes 250 miles from a nation's borders and make millions of soldiers fall dead in their tracks. His beam, he said, would make war impossible.

Tesla was born at Smiljan, Croatia, when it was part of the old Austro-Hungarian Empire.

He came to the United States in 1884, became a citizen and associate of Thomas A. Edison. Later he established the Tesla Laboratory in New York and devoted himself to research. 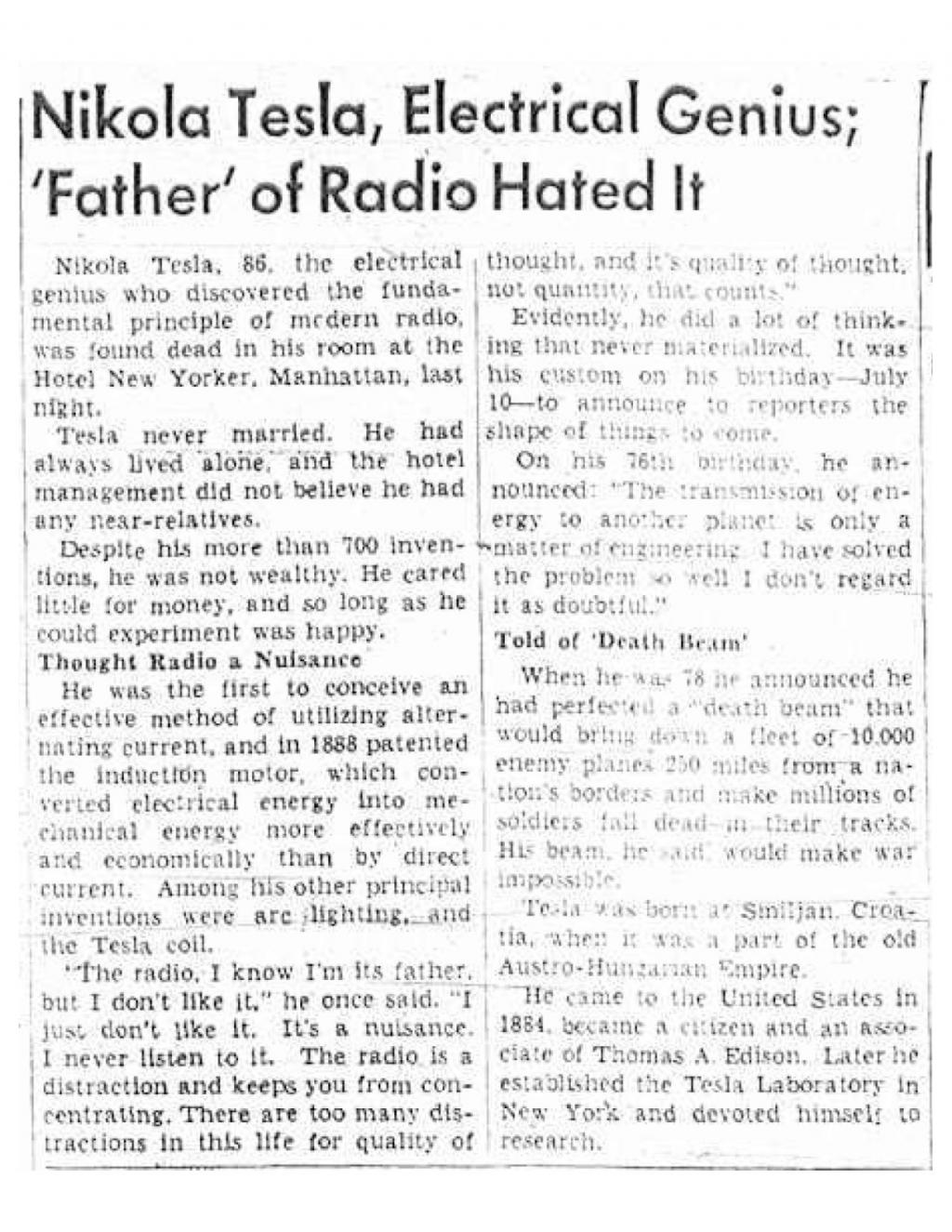