As a gift to the world on his 78th birthday, Dr. Nikola Tesla, pioneer in the field of electricity, pulled out of his scientific grab bag a death ray capable of destroying an army at 200 miles or 10,000 planes at 250 miles.

He has perfected a method and apparatus, Dr. Tesla said in an interview yesterday at the Hotel New Yorker, which will send concentrated beams of particles through the free air of sufficient intensity to cause whole armies to drop dead in their tracks. Dr. Tesla said he considered this the most important of the 700 inventions to his credit.

The ray; he said, would consist of particles driven electrically and projected in vast curtains, miles high and 100 miles long. The speed of the particles — traveling at velocities of 50,000,000 volts — was described by him as giving the ray its destructive powers.

Projecting plants set up every 200 miles along a border, each shooting rays 100 miles on each side, would make the border impenetrable, he said.

The “death beam,” Dr. Tesla said, will operate silently but effectively at distances “as far as a telescope could see an object on the ground and as far as the curvature of the earth would permit it.” It will be invisible and will leave no marks behind it beyond its evidence of destruction. 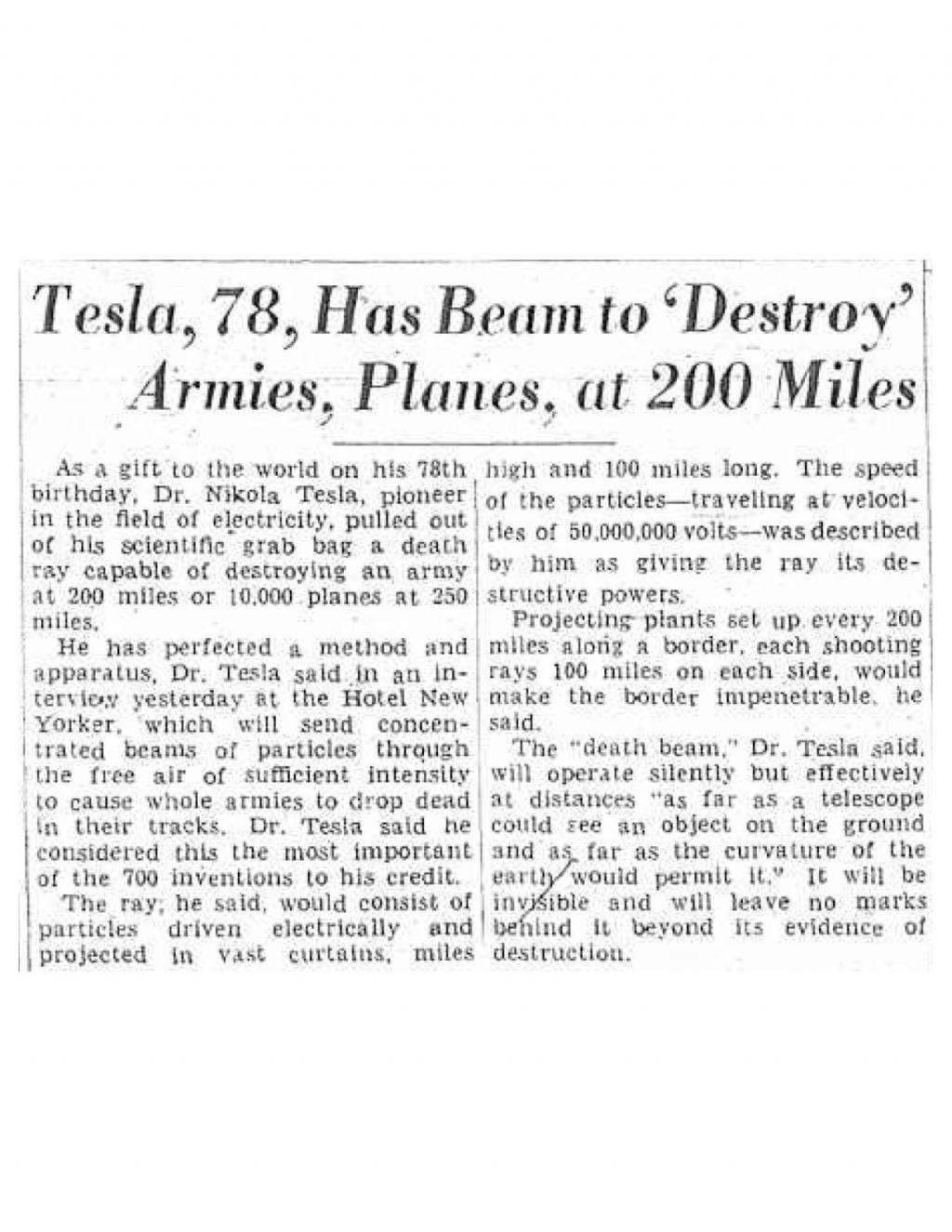