Nikola Tesla on Training the Faculties

Nikola Tesla was talking about his student days at Prague. “I remember well at Prague,” he said, “an old professor of great originality and acumen. This professor insisted on the value of a free use of the perceptive faculties, and he was always pointing out the need for this use in strange ways.

“One day, on arising to lecture, he began: ‘Gentlemen, you do not use your faculties of observation as you should.’

“He laid on the table before him a pot, filled with some vile-smelling chemical compound - a thick, brown stuff.

“He dipped his finger deep into the pot and then stuck the finger in his mouth.

“‘Taste it, gentlemen. Taste it’ he said smiling grimly.

“The evil pot passed round the class, and one after another we dipped our fingers in it and then sucked them clean. The taste of the thick brown compound was horrible. We made wry faces and spluttered. The professor watched us with a grim smile.

“When the pot was finally returned to him, his thin lips parted, and he gave a dry chuckle.

“‘I must repeat, gentlemen,’ he said, ‘that you do not use your faculties of observation. If you had looked more closely at me you would have observed that the finger I put in my mouth was not the one I dipped into the pot.’” 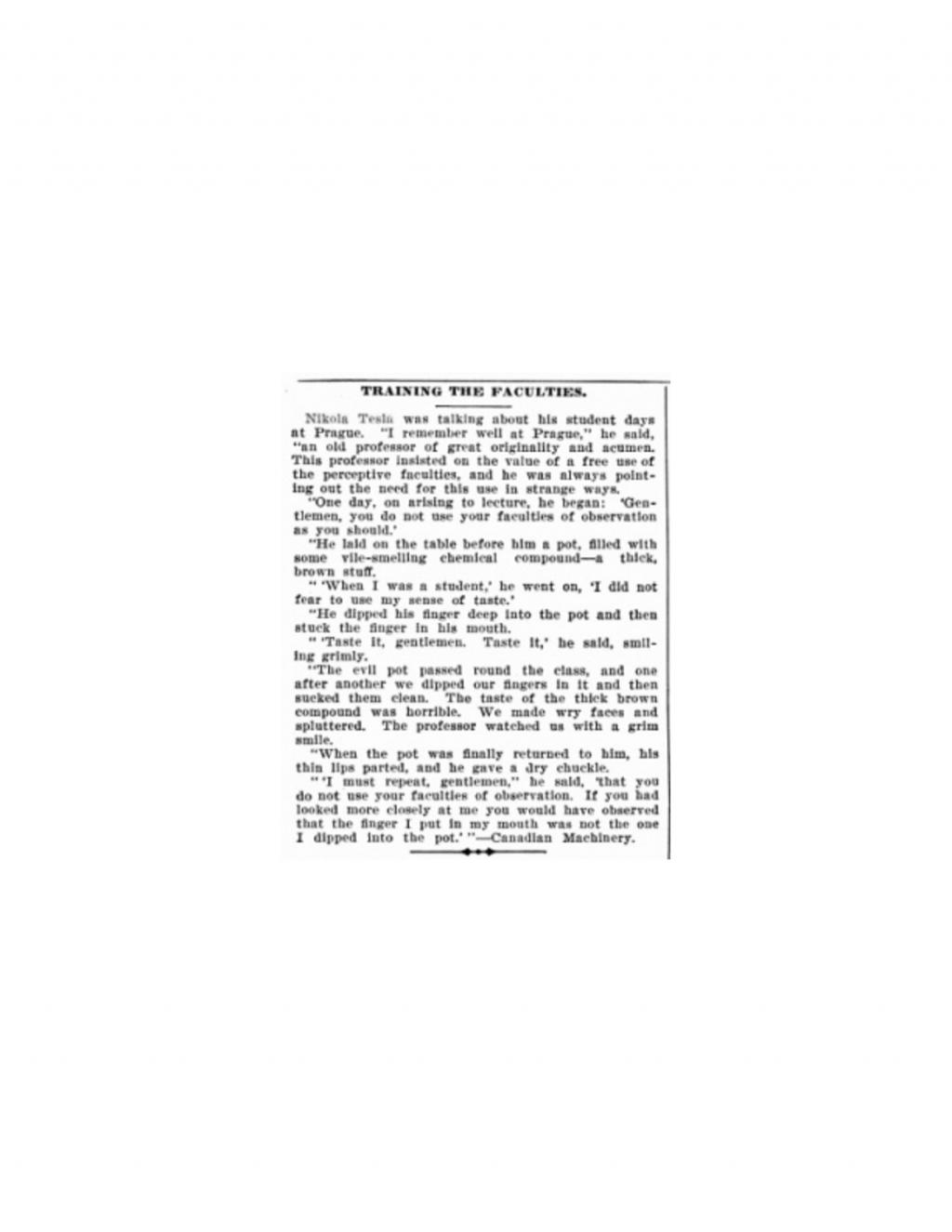