Nikola Tesla Says the Hydroplane is Neither New Nor Practical.

The science of engineering has become so positive and precise that practical results are generally in close agreement with theory, and pretty nearly everything turns out as expected. Naturally, then, the exercise of this profession is more or less tedious and uninteresting. Occasionally, though, life is infused into the apathetic community by the sudden announcement of some stunning scheme or puzzling travesty of some old discovery or invention.

Two weeks ago an enterprising journal of this city created quite a ripple of excitement in engineering circles by the news that a most novel and startling advance in marine propulsion had been made. It was a gliding craft or “hydroplane,” which was to make a speed of 100 miles an hour possible. The discovery was indorsed by a great engineer and a naval officer of no mean attainments, both of whom preferred to remain incognito. For a good reason. I should think. When it comes to being identified with the “hydroplane” discretion is decidedly better than valor. As a matter of fact, it is an old and worthless idea, an illusion and a snare.

The Times has done some good service in dispelling the myth of novelty in its issue of the 17th inst., but the optimistic tone of the otherwise accurate report will only tend to add to the number of those who have fallen victims of the delusion. 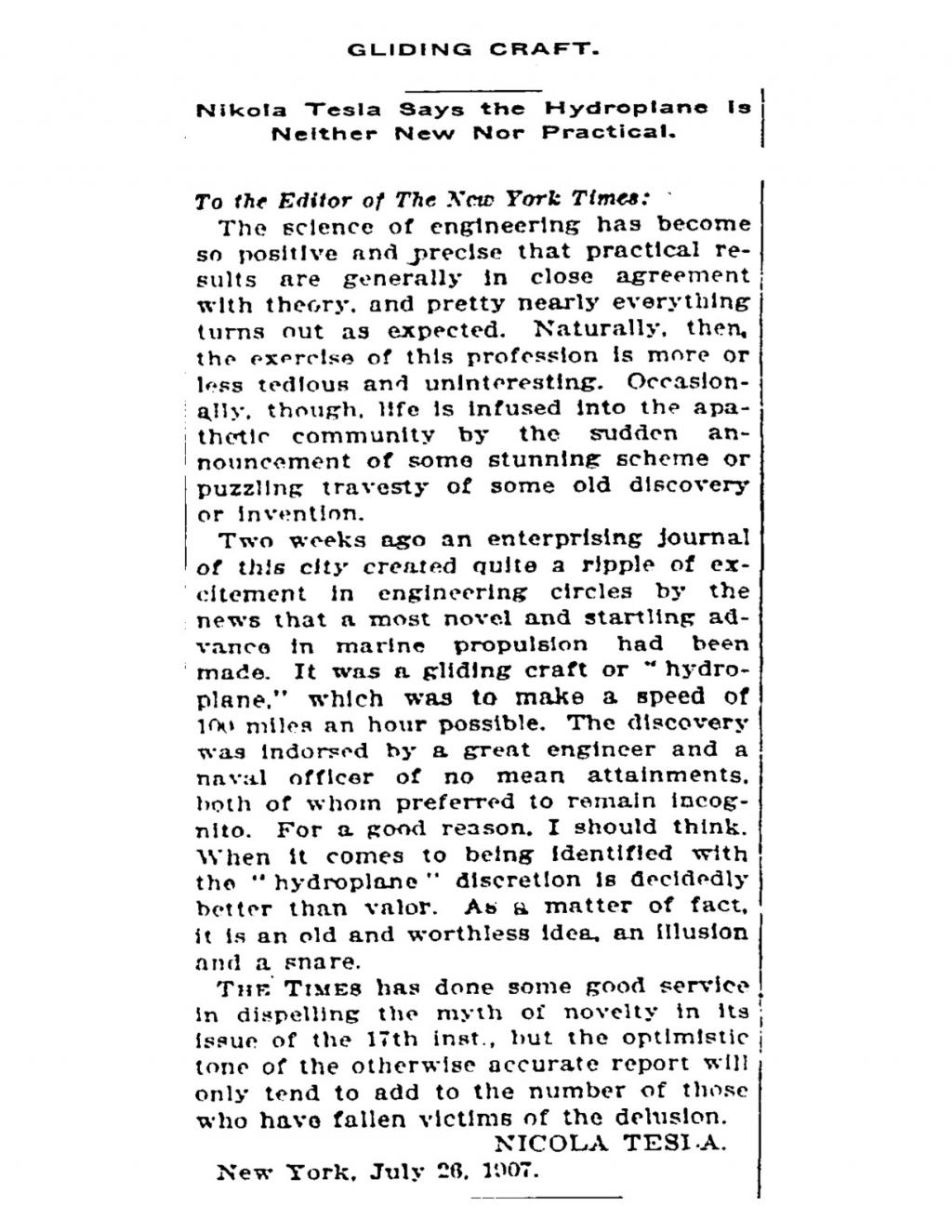