In your issue of the 19th inst. Edison makes statements which cannot fail to create erroneous impressions.

There is a vast difference between primitive Hertzwave signalling, practicable to but a few miles, and the great art of wireless transmission of energy, which enables an expert to transmit, to any distance, not only signals, but power in unlimited amounts, and of which the experiments across the Atlantic are a crude application. The plants are quite inefficient, unsuitable for finer work, and totally doomed to an effect less than one percent of that I attained in my test in 1899.

Edison thinks that Sir Hiram Maxim is blowing hot air. The fact is my Long Island plant will transmit almost its entire energy to the antipodes, if desired. As to Martin’s communication I can only say, that I shall be able to attain a wave activity of 800,000,000 horse power and a simple calculation will show, that the inhabitants of that planet, if there be any, need not have a Lord Raleigh to detect the disturbance.

Referring to your editorial comment of even date, the question of wireless interference is puzzling only because of its novelty. The underlying principle is old, and it has presented itself for consideration in numerous forms. Just now it appears in the novel aspects of aerial navigation and wireless transmission. Every human effort must of necessity create a disturbance. What difference is there in essence, between the commotion produced by any revolutionary idea or improvement and that of a wireless transmitter? The spectre of interference has been conjured by Hertzwave or radio telegraphy in which attunement is absolutely impossible, simply because the effect diminishes rapidly with distance. But to my system of energy transmission, based on the use of impulses not sensibly diminishing with distance, perfect attunement and the higher artifice of individualization are practicable. As ever, the ghost will vanish with the wireless dawn. 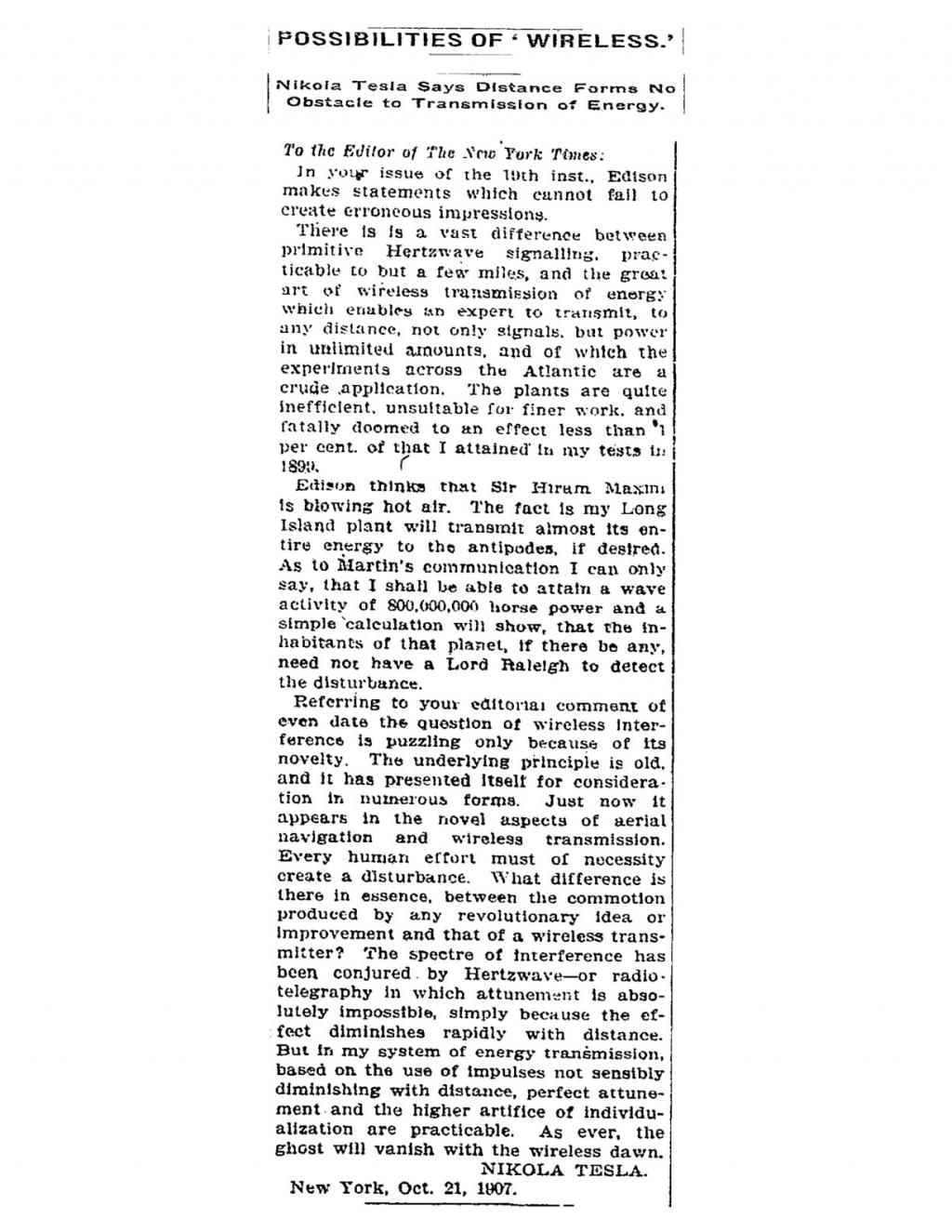