I have read with interest the reports in The Times of the 13th and 15th inst. referring to Prof. Leduc’s discovery of causing sleep by electric means. While it is possible that he has made a distinct advance there is no novelty in the effect itself.

The narcotic influence of certain periodic currents was long ago discovered by me and has been pointed out in some of my technical publications, among which I may mention a paper on “High Frequency Oscillators for Electro Therapeutic and Other Purposes,” read before the American Electro Therapeutic Association, Sept. 13, 1898. I have also shown that human tissues offer little resistance to the electric flow and suggested an absolutely painless method of electrocution by passing the currents through the brain. It is very likely that Prof. Leduc has taken advantage of the same general principles though he applies the currents in a different manner.

In one respect, however, my observations are at variance with those reported. From the special dispatch in The Times of the 13th inst. it would appear that sleep is induced the moment the currents are turned on, and that awakening follows as soon as the electrodes are withdrawn. It is, of course, impossible to tell how strong a current was employed, but the resistance of the head might have been, perhaps, 3,000 ohms, so that at thirty volts the current could have been only about 1-100 of an ampere. Now, I have passed a current of at least 5,000 times stronger through my head and did not lose consciousness, but I invariably fell into a lethargic sleep some time after. This fact impresses me with certain arguments of Prof. Barker of Columbia University in your issue of Sept. 15.

I have always been convinced that electric anesthesia will become practical, but the application of currents to the brain is so delicate and dangerous an operation that the new method will require long and careful experimentation before it can be used with certitude. 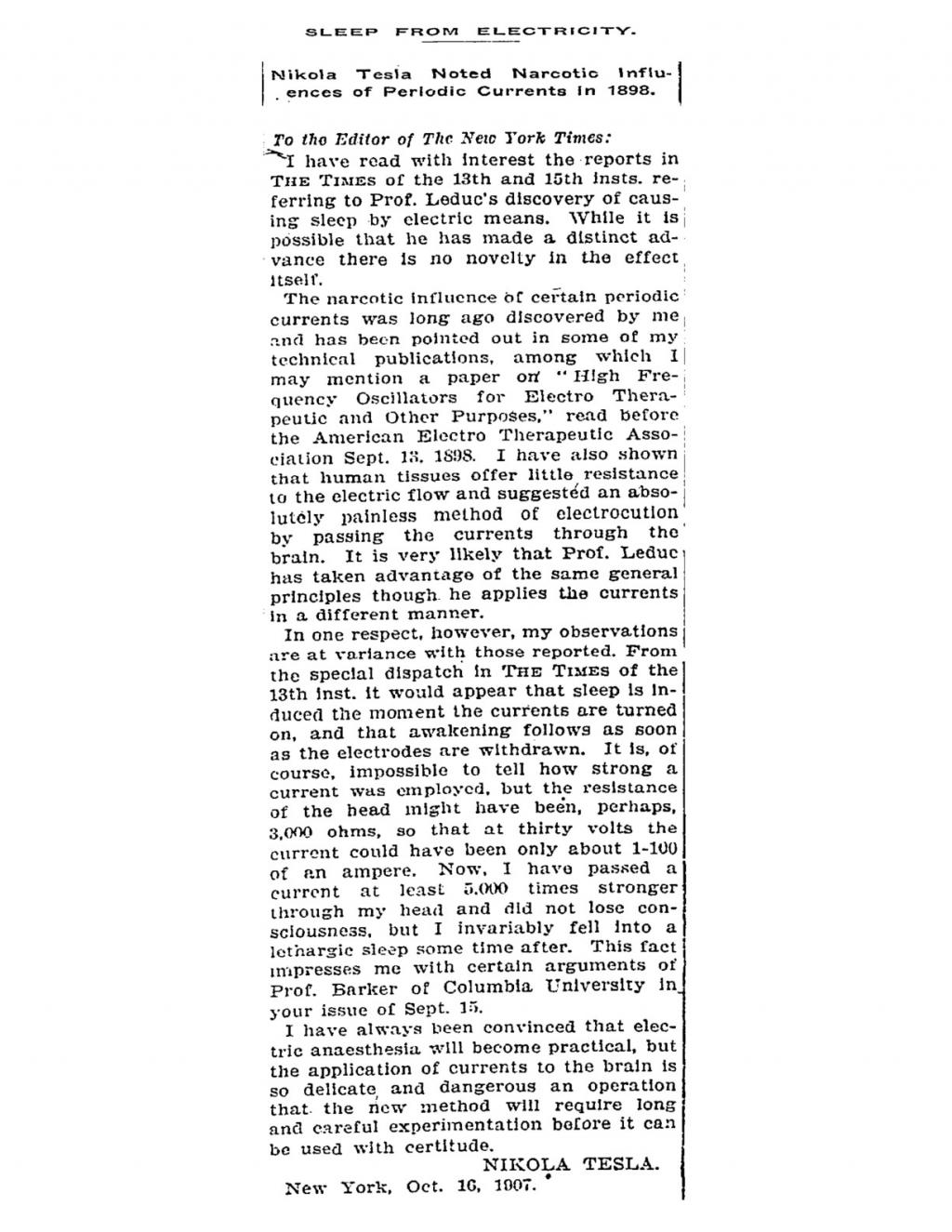