The Secret of Nikola Tesla 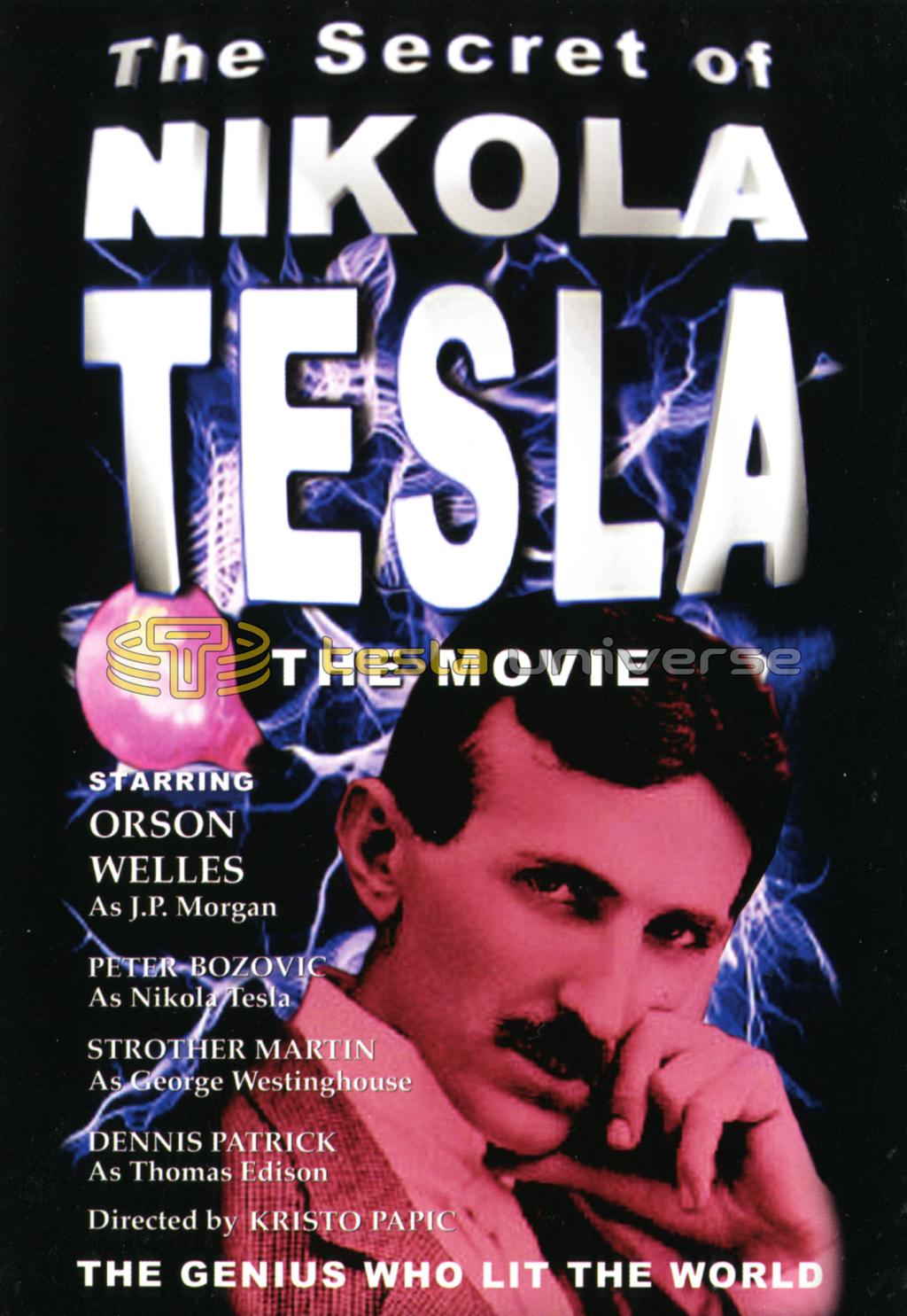 Although there have been many excellent books about Tesla’s life, there is no definitive American motion picture about the man who helped create the power grid for modern American society. One of the most intriguing motion pictures about Tesla, however, was directed by Kristo Papic and stars Peter Bozovic as the young Tesla at odds with Edison, Westinghouse, and an overpowering J.P. Morgan played by Orson Wells - who is to “The Secret of Nikola Tesla” what Bela Lugosi was to “Plan Nine from Outer Space.”

“The Secret of Nikola Tesla” finds itself caught in its own paradox trying to fathom the secret aspect of Tesla’s character that led to his undoing, while probing the secret experiments that led Tesla to believe not only in free energy, but in contact with extraterrestrial cultures. Here was a man whose core ideas form the basis for our society but whose life could best be described by Strother Martin, who plays George Westinghouse in “The Secret of Nikola Tesla,” as “What we have here is a failure to communicate.” 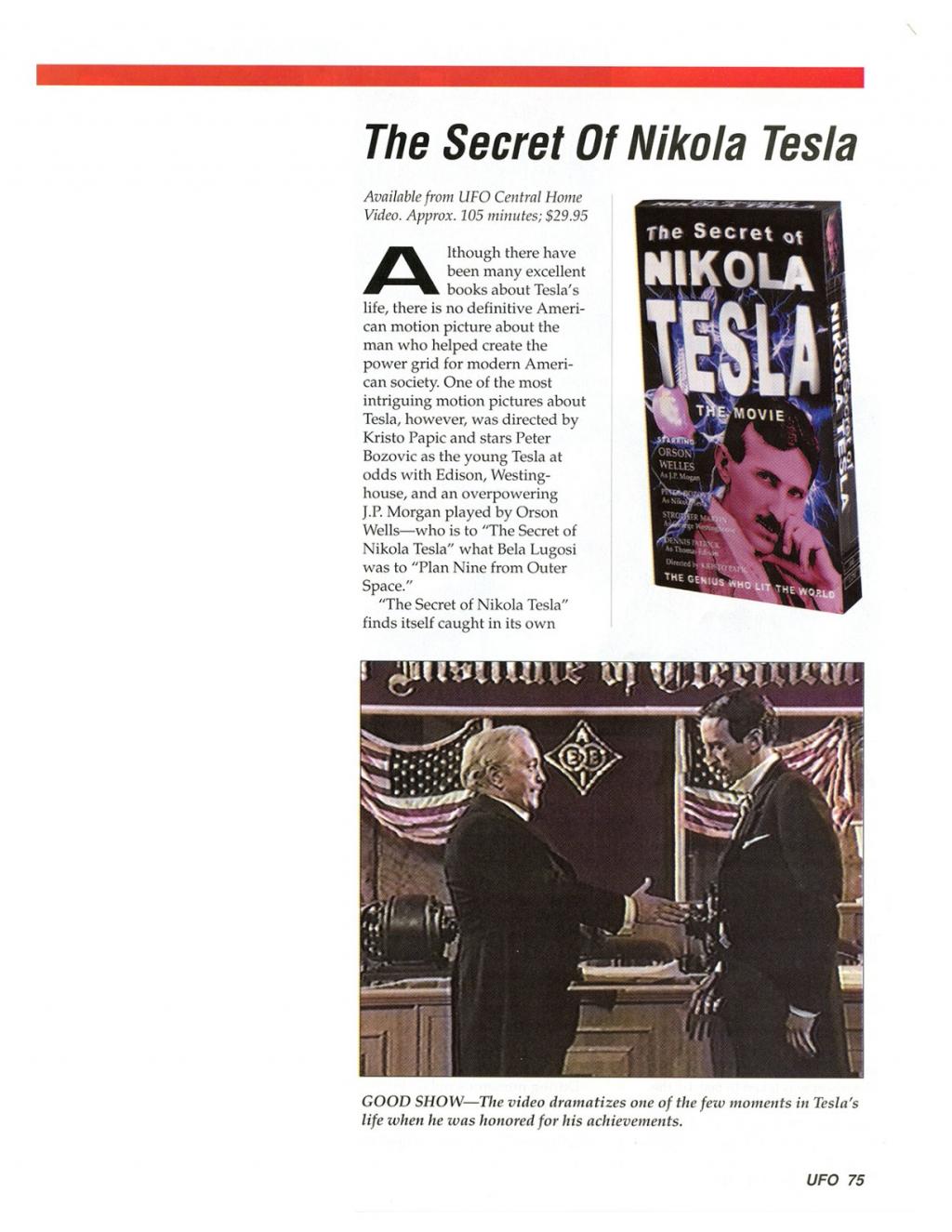