The Talk of the Day

According to Nikola Tesla, the electrician, the new discovery of carborundum, will largely increase the possibilities of electric lighting. Among these possibilities he mentions electric lamps operated without any wires at all, an inexhaustible store of electrical energy on tap everywhere without need of either generation or transmission, and a light at least twenty times more efficient than that now furnished. In speaking of Mr. Tesla’s article, “The Pittsburg Dispatch" says: “There are more tangible though somewhat less magnificent results from actual development in Western Pennsylvania Industries, of the new material, carborundum, the qualities of which are enlarged upon in the same connection. A material that in addition to its value for electrical lighting has the industrial uses set forth in the article is a valuable addition to our industries. It has been an abstract rather than practical idea in the progress of science for some ages that diamonds might be artificially produced. This discovery appears to realize that dream, and even surpasses it so far as the industrial uses of the precious stone are concerned. It marks another step in the triumphant march of scientific industry.” 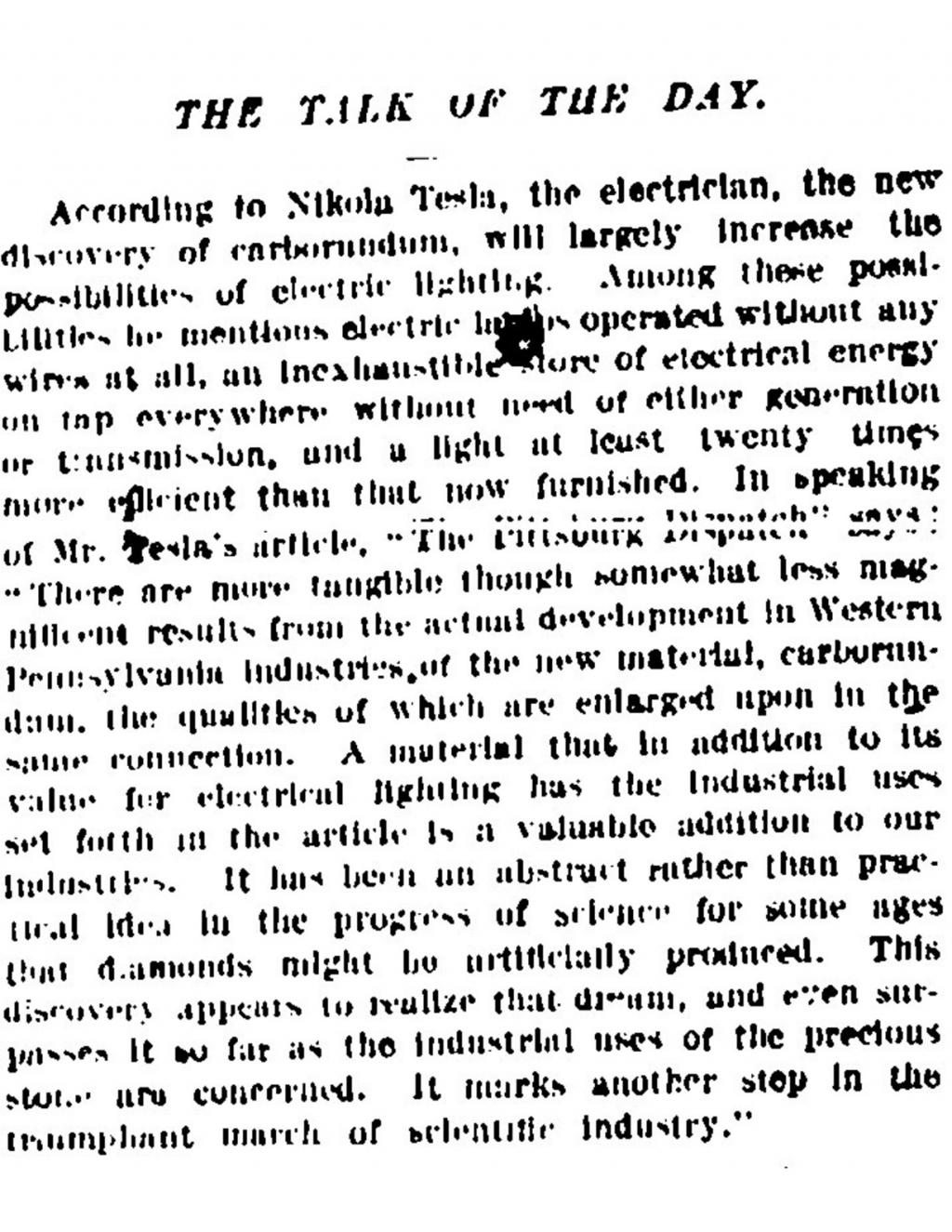