Manufacturer and Builder, The
Page number(s):
113

The absorbing interest with which the scientific world is watching the latest developments of the experimental work of Nikola Tesla, is amply justified, not only by their highly original character, but also by the conviction, based on grounds of strong probability, that he has almost within his grasp the key that will force from reluctant nature the disclosure of one of her greatest mysteries — the production of light without heat. It has been suspected and believed for years that the solution of this problem would be found in some as yet unknown method of converting electric energy, and the beautiful luminous effects first obtained by Dr. Geissler twenty-five years ago, by the passage of alternating currents of electricity through partially exhausted glass tubes, containing various gases; and more recently by Dr. William Crookes in his classical experimental researches on “Radiant Matter” in which he succeeded in producing superb luminous effects by the passage of similar currents through vacuous tubes containing various solid media, afforded strong corroborative evidence that this belief was well founded. Tesla, by the use of currents of very high potential, and alternated with prodigious rapidity, has attained results that remove the question entirely from the region of conjecture.

It is now practically assured, almost with the force of demonstration, that the clue to the great secret of producing light without the accompanyment of heat, is in the hands of Tesla, and that either through him, or other investigators following the way he has pointed out, mankind will shortly be endowed with another splendid gift of science the record of which in the years to come, must make the closing years of the nineteenth century remarkable in the annals of civilization. 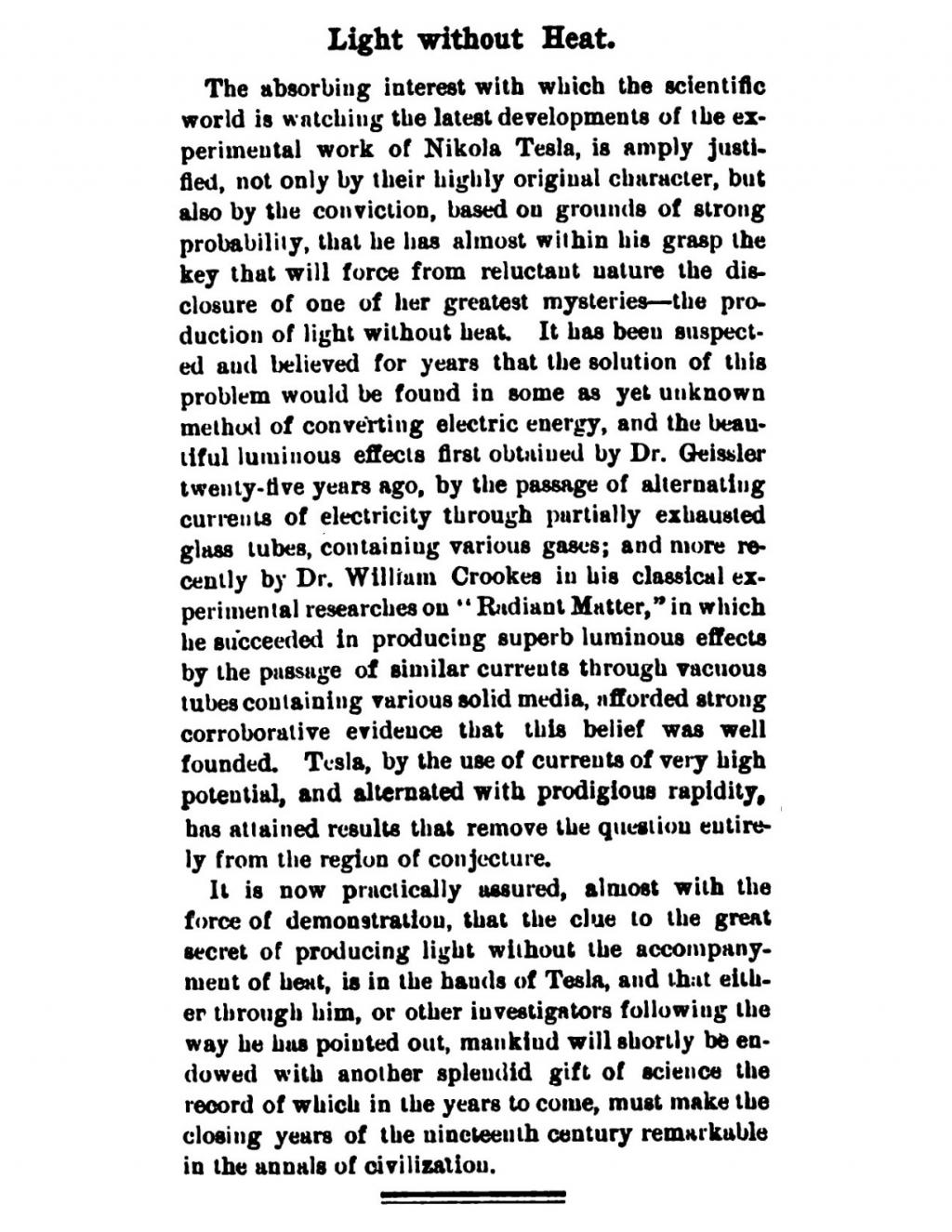