Tesla, 79 This Week, Has New Inventions

Nikola Tesla, father of radio and modern power transmission and generation, will be 79 years old on Wednesday.

Still full of enthusiasm, the man with more than 700 patents to his credit, including the Tesla Coil and the rotating field and induction motor, said in an interview yesterday at the Hotel New Yorker, where he has been living for the last two years, that he is now about to announce to the world a new invention that will solve a problem “which electrical experts of the world have been trying to solve in vain for the past hundred years.”

Edison spent years on the problem, Dr. Tesla said, and so did many others, including some of the most celebrated electrical experts of the past century. Its final solution, he added, will be of great practical value.

He has also developed an apparatus that will be “of tremendous importance scientifically and commercially,” Dr. Tesla said. “It will be my greatest contribution as a mechanical engineer.”

He will also announce, he said, “certain new and extraordinary facts about cosmic rays.” 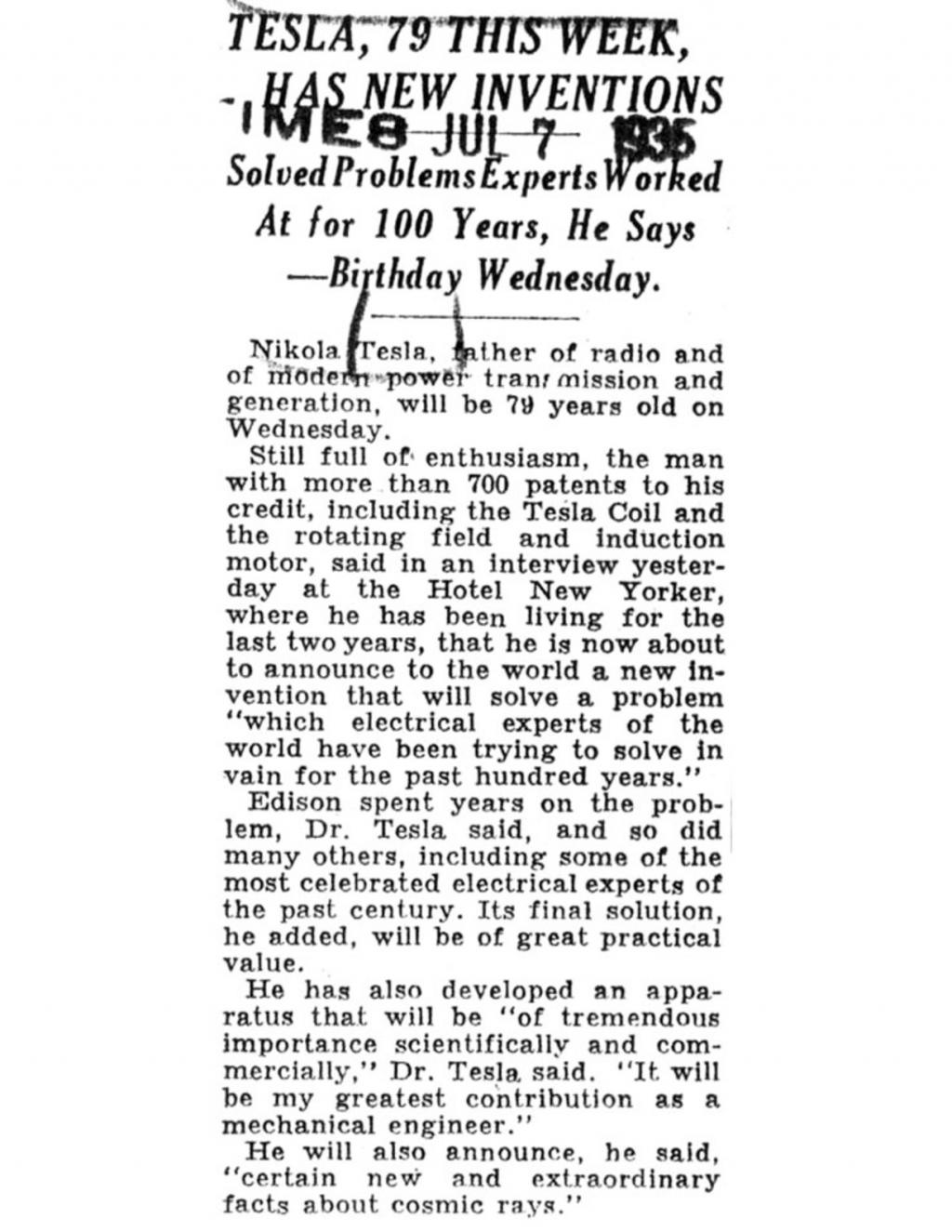