It is to be regretted that a letter addrest to me by Mr. J. Harris Rogers, in your care, was published in the March number of the Electrical Experimenter, altho the concurrence of our views in some wireless features might have made this desirable to so wide-awake and enterprising a periodical as yours.

Mr. Rogers seems to be a very appreciative gentleman and nothing would be farther from my thoughts than to detract anything from his merit, but in a separate contribution, which I expect to prepare for your next issue, I shall express myself on this subject without prejudice and in the interest of truth. However, the article by your Mr. H. Winfield Secor on “America’s Greatest War Invention — The Rogers Underground Wireless” contains a reference to “a novel and original high frequency generator” of Mr. Rogers’ invention. May I not — to use the President’s elegant expression — call attention to the fact that this device was described by me years ago, as will be evident from the following excerpt of a communication which appeared in the Electrical Review of March 15, 1899. In speaking of circuit controllers, I said: “I may mention here, based on a different principle, which is incomparably more effective, more efficient, and also simpler on the whole. It comprises a fine stream of conducting fluid which is made to issue, with any desired speed, from an orifice connected with one pole of a generator, thru the primary of the induction coil, against the other terminal of the generator placed at a small distance. This device gives discharges of a remarkable suddenness, and the frequency may be brought within reasonable limits, almost to anything desired. I have used this device for a long time in connection with ordinary coils and in a form of my own coil with results greatly superior in every respect to those obtainable with the form of your letter, make a few statements referring in such make-and-break devices in general, and various forms based on this new principle.”

I may add that a great many forms of this apparatus were constructed and employed by me for a long time, proving very convenient and useful. Water does not give particularly good results, being incapable of causing very abrupt changes, but eletrolytes have the property of diminishing enormously in resistance when they are heated and the effects are much more intense. Salts of lithium are especially efficient. 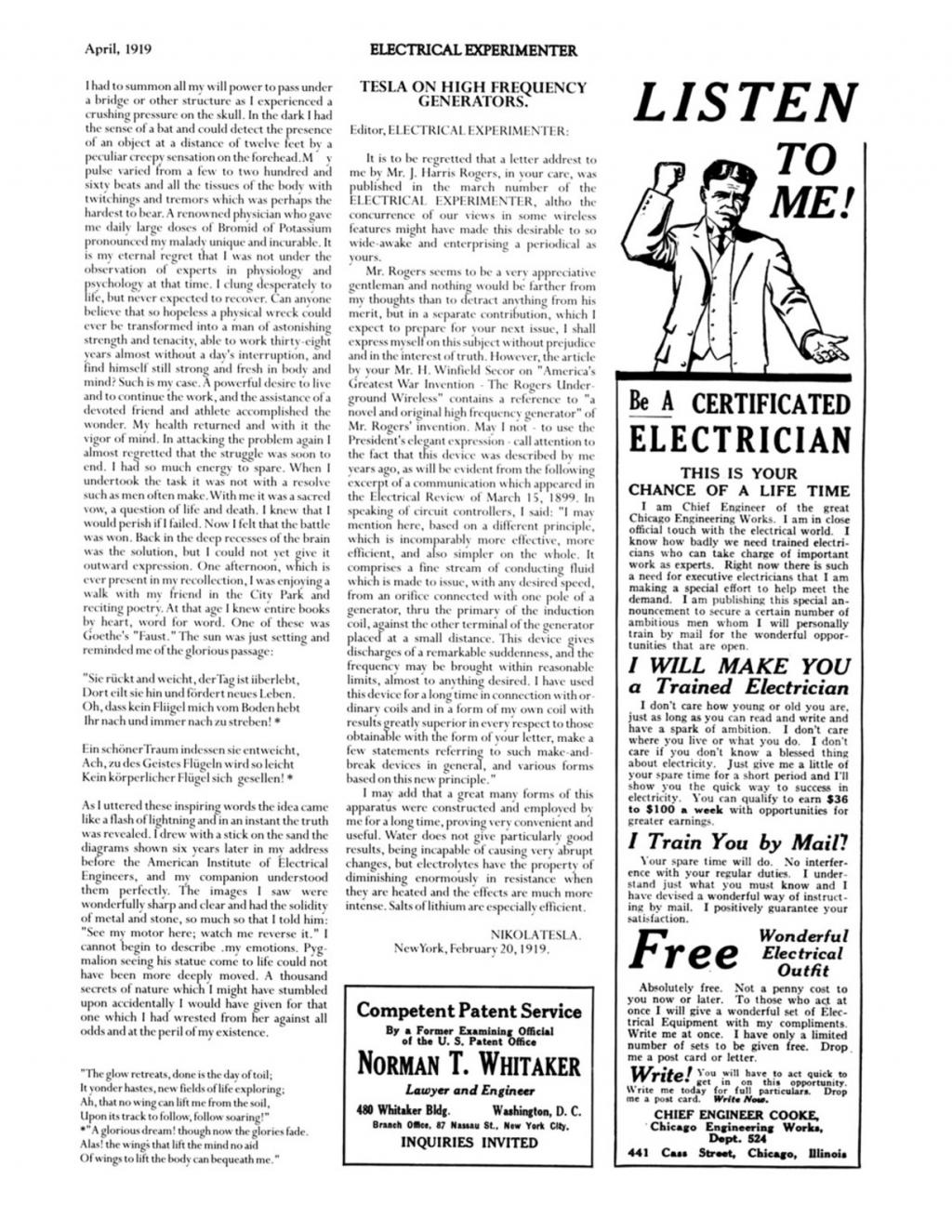