Nikola Tesla, 75-year-old inventory, whose discoveries made possible the transmission and use of alternating current, went on record yesterday as being “emphatically opposed to prohibition.”

In an interview at the Hotel Governor Clinton, the former associate of Thomas A. Edison declared prohibition was unsound in principle since “it imposes restrictions on the most needed and harmless of stimulants while permitting unlimited consumption of poisons, by all classes, from childhood to old age.”

Prior to the enactment of the dry law, Mr. Tesla said, he had consumed alcoholic beverages sufficient to “form a lake of no mean dimensions.” Rather than become a lawbreaker, he obeyed the provisions of the Volstead act, but six months passed, he declared, before he could digest a meal.

“I feel sure that everybody had done the same,” Mr. Tesla continued, millions of Americans would have shortened their life-span and thousands would have died in the first two years. A sudden change of diet or the omission of one of its important elements, especially in advanced years, is extremely dangerous. 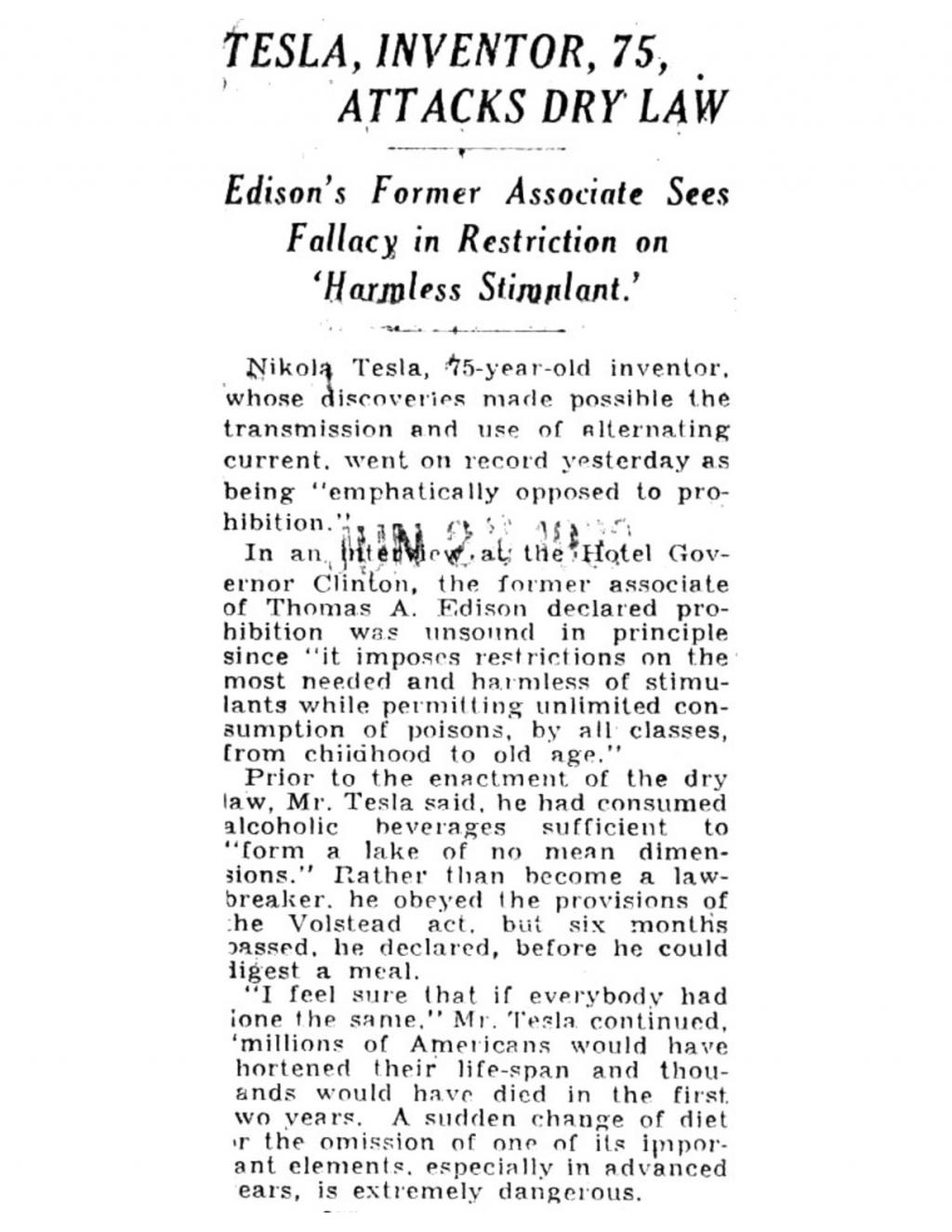