Tesla's Article Regarded as Most Notable

The conductors of The Century regard Nikola Tesla’s article in the June number of the magazine as one of the most notable contributions made to their publication. It is entitled “The Problem of Increasing Human Energy.” Mr. Tesla, who has for years been working at the larger bearings of the electrical problem, announces half a dozen discoveries which he has recently made, and presents, in photographic illustration for the first time, his telautomaton and striking views of experiments with electrical forces of the greatest voltage and frequency ever produced. 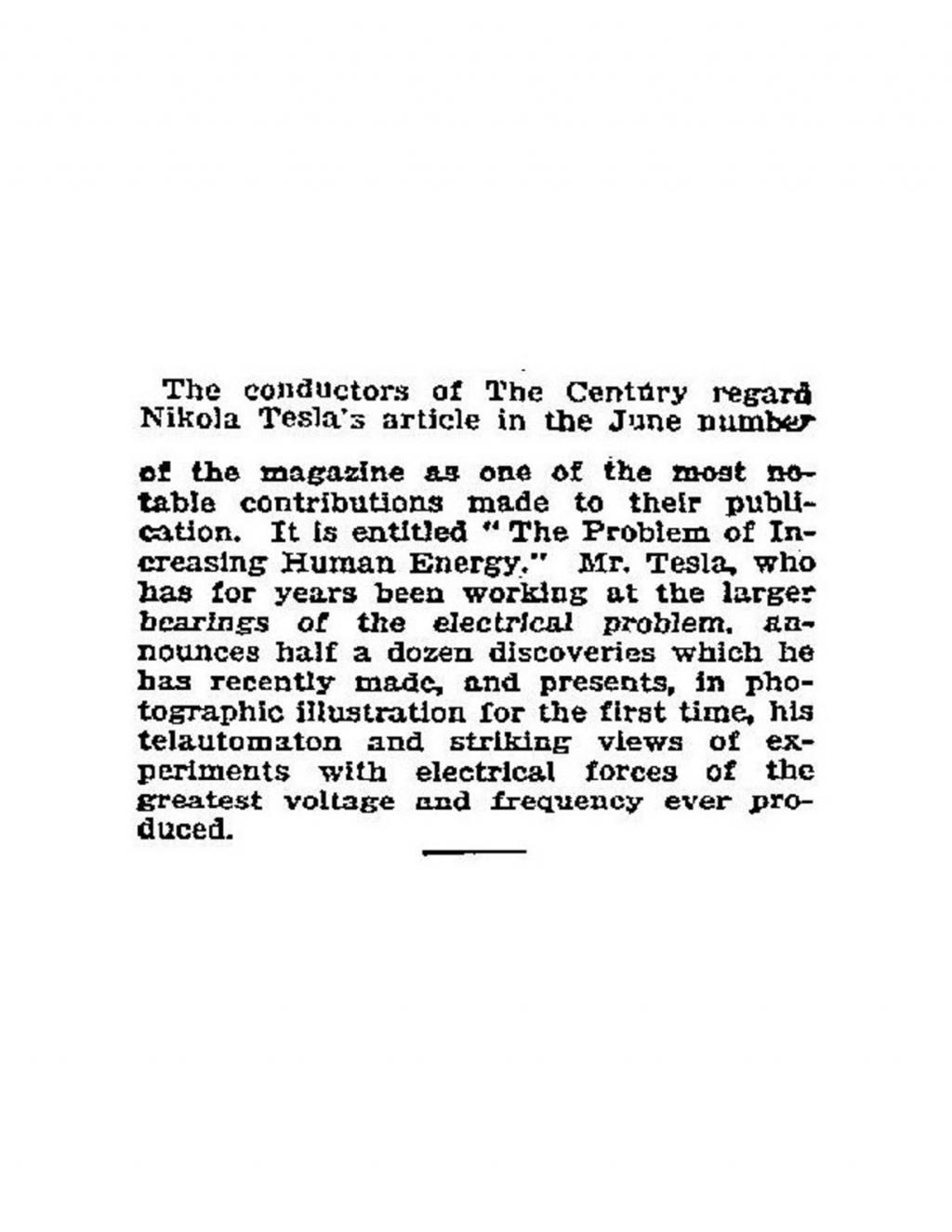