Mr. Nikola Tesla, the expert electrician, who has established an experiment station east of the city, where he has been at work on experiments for several months, will leave in a few days for his home in New York. He will spend several weeks in the east and will then return to the Springs and continue his work.

One of the objects of his trip to the east is to have some of his instruments readjusted and put in better order. As they are very delicate and hard to adjust, he thinks it better to take them to the makers and have them put in the proper shape. Mr. Tesla's health has been very good of late and he is very enthusiastic over the climatic advantages of this city, and says that he feels better at present than he has for many years. A number of assistants will be kept at the station during his absence to keep everything in order, and when Mr. Tesla returns from the east he will continue his work. 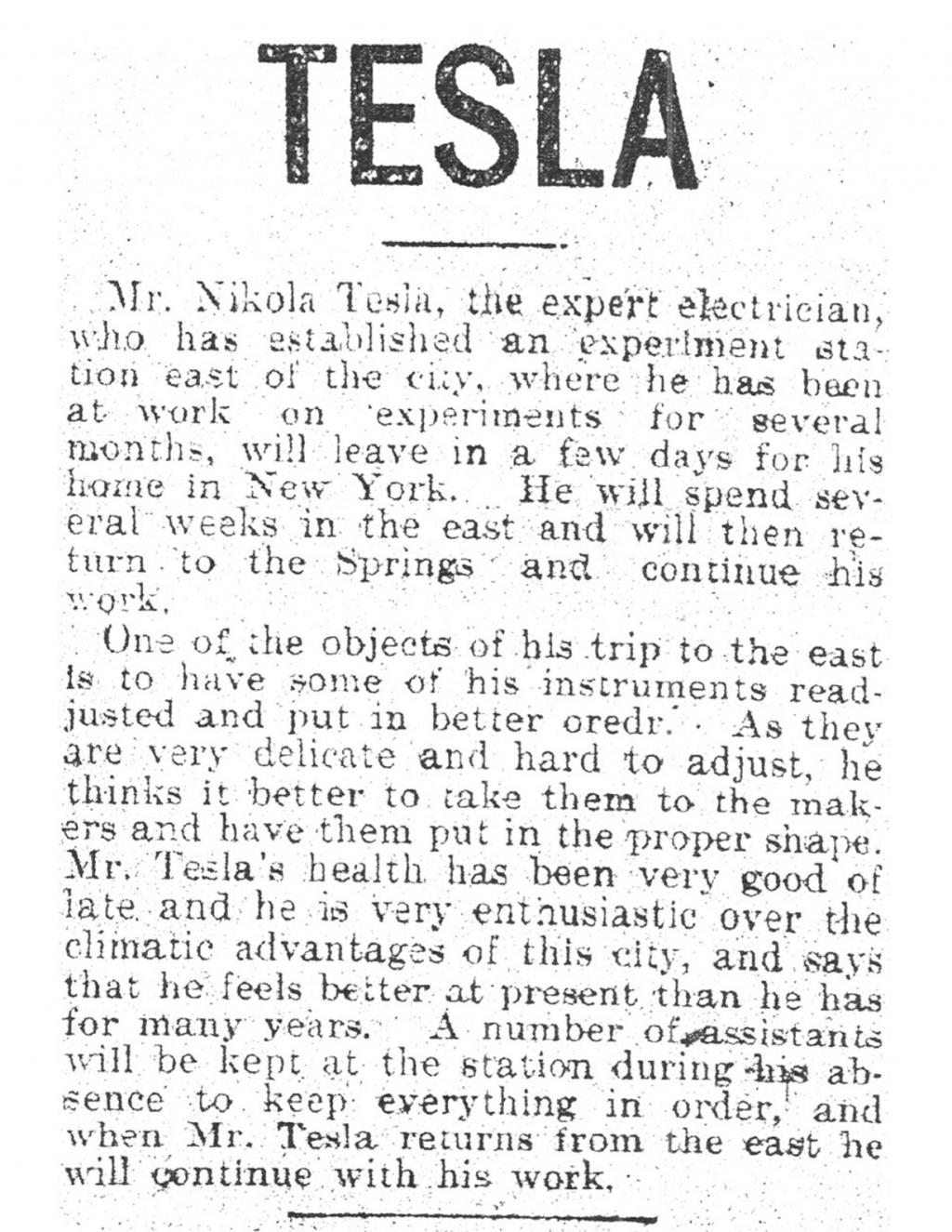