Transmission of Electrical Energy Without Wires, Which Affects Present-Day Problems.

TO ILLUMINATE THE OCEAN

Scientist Says Collisions Will Be Avoided and Unlimited Water Drawn to Irrigate Deserts.

Nikola Tesla, who, with Thomas A. Edison is to share the Nobel Prize in Physics, according to a dispatch from London, said last evening that he had not yet been officially notified of the honor. His only information on the matter was the dispatch in THE NEW YORK TIMES.

“I have concluded,” he said, “that the honor has been conferred upon me in acknowledgment of a discovery announced a short time ago which concerns the transmission of electrical energy without wires. This discovery means that electrical effects of unlimited intensity and power can be produced, so that not only can energy be transmitted for all practical purposes to any terrestrial distance, but even effects of cosmic magnitude may be created.”

Mr. Tesla said the discovery had a direct and vital bearing on the problems now foremost in the public mind. For instance, he said, wireless telephony would be brought to a perfection undreamed of through the application of this discovery. He added:

“We will deprive the ocean of its terrors by illuminating the sky, thus avoiding collisions at sea and other disasters caused by darkness. We will draw unlimited quantities of water from the ocean and irrigate the deserts and other arid regions. In this way we will fertilize the soil and derive any amount of power from the sun. I also believe that ultimately all battles, if they should come, will be waged by electrical waves instead of explosives.”

Mr. Tesla refused to go further into the matter. He said he thought Mr. Edison was worthy of a dozen Nobel prizes. He knew nothing of the discovery, he said, that induced the authorities in Sweden to confer the great honor on Mr. Edison. 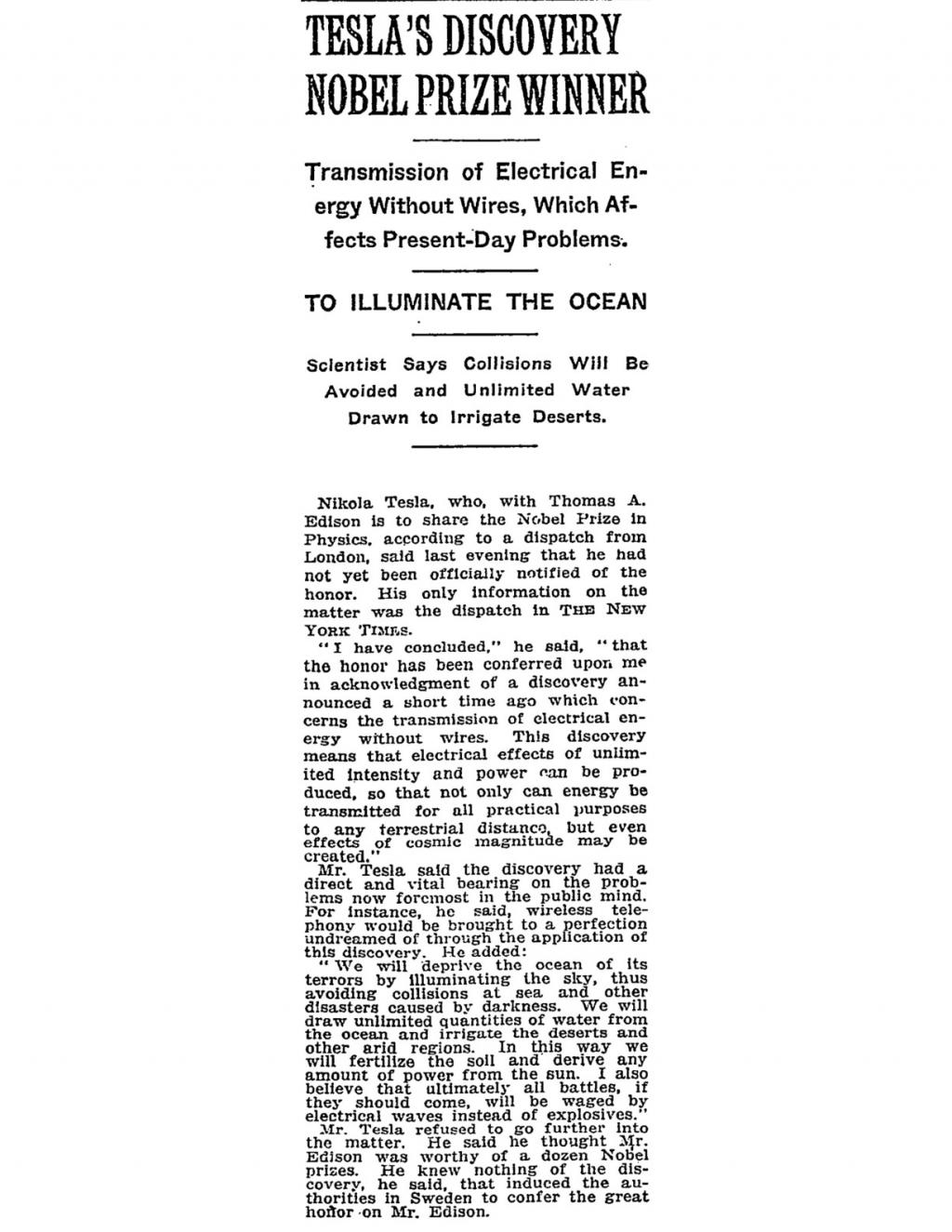