NO MORE SICKNESS WHEN IT IS COMPLETED.

The Great Inventor Said to Have Found a Cure for Every Ill That the Human Body Is Heir To — Commands Great Attention.

Has the science of electricity discovered a cure for all human ills? Nikola Tesla, the wonderful electrician, announces that he has devised a machine by which every fiber of the human frame can be made vibrate so as to cause a complete renovation of all the tissues, thus restoring to the diseased body a healthy and perfect condition. If Wizard Tesla says truly there will be no end to the drug stores that will be compelled to abandon trade. It may be of interest to those who expect to be cured by his new process to know something of the genius who is to be their savior. Tesla was born somewhat more than thirty years ago in Servia. He is a Slav of the Slavs, with all the characteristics of that race. His father was an eloquent clergyman of the Greek church, but Nikola probably derived his inventive genius from his mother, who constructed looms and churns for household use while her husband preached the word. As a boy, in the Polytechnic school at Gratz, he first saw a direct current gramme machine and was told that a commuter was a vital and necessary feature in all apparatus. He at once was interested in electricity, but continued to pursue his mechanical and mathematical studies until he was ripe for graduation. Incidentally, he mastered half a dozen languages and finally secured a position as assistant in the government telegraph engineering department at Buda-Pesth. Soon he left that employment and went to Paris to make his way across the Atlantic. He secured work in one of Edison’s shops and at once entered on an entirely new stage of development. So quick, bright and original was he that Edison soon became personally interested in him. News of Tesla’s wonderful discoveries was spread abroad and he leaped into the foremost rank as an electrician. Indeed, there are those who contend that he is greater than Edison’s self, although his discoveries have been in an altogether different line. His last is an indication of his trend, and if the human body is to share in the blessings that have been showered on man by modern electrical research the one man to point the way is Nikola Tesla. Whatever comes from him will command the attention of scientists. 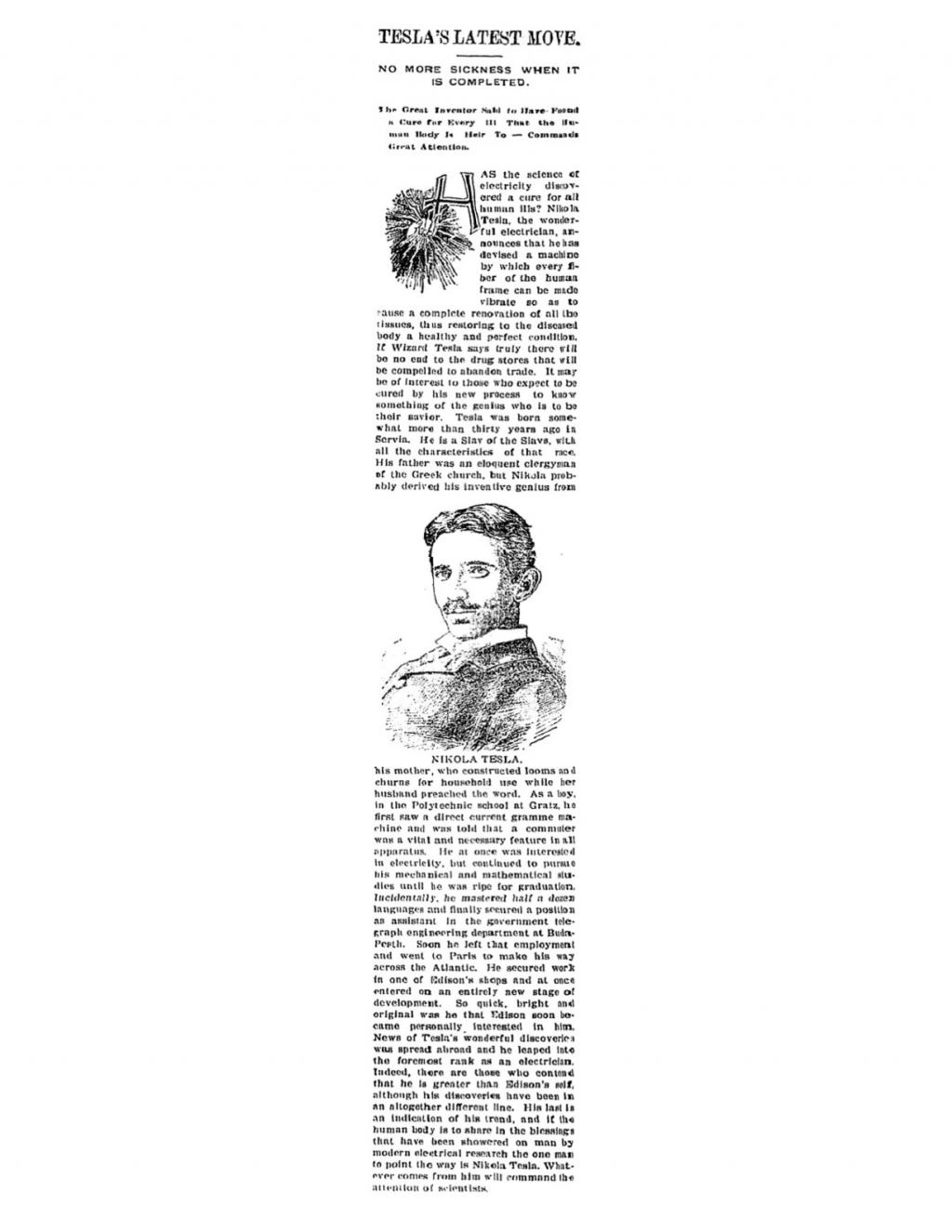