Said to Be a Wonderful Machine for Furnishing Motive Power

Tesla’s latest invention, the “oscillator,” is one of the most remarkable appliances of the age. It is described by the Boston Transcript as being the core of a steam engine and the core of a dynamo combined, making a harmonious mechanical adjustment. This combination, says an enthusiastic admirer, constitutes a machine which has in it the potentiality of reducing to the rank of old metal half the machinery at present moving on the face of the globe. It may come to do the entire work of the engines of an ocean steamship within a small space they occupy and at a fraction of their cost, both of construction and operation. It will do this work without jar or pounding, and will reduce to a minimum the risk of derangement or breakage. There is nothing in the whole range of mechanical construction, from railway locomotives to stamp mills, which such an invention may not revolutionize. The essential characteristic of the machine is the application of the pressure of steam to produce an extremely rapid vibration of a bar of steel or piston, which, in turn, is so adapted to a set of magnets that the mechanical energy of the vibration is converted into electricity. The extraordinary result is that practically an absolutely consistent vibration is established, and a power is obtained greatly beyond that obtainable in the most costly expansion engines using a similar amount of steam.

Besides saving in mechanical friction the 35 per cent. of loss in the working of the engine, the 15 per cent. of loss in the belt friction, and the 10 per cent. of loss wasted in the dynamo, making altogether an addition of 60 per cent. to the available energy obtained from the steam for the purpose of producing electricity, it is simpler, lighter and smaller than the mechanism it is designed to replace, absolutely constant in its action, automatically regulated, and subject to the least possible amount of wear and tear. The utilization of this machine in any branch of industry would result in an appreciable lowering in the cost of production, and it is quite possible that its first general employment may be in electric lighting. 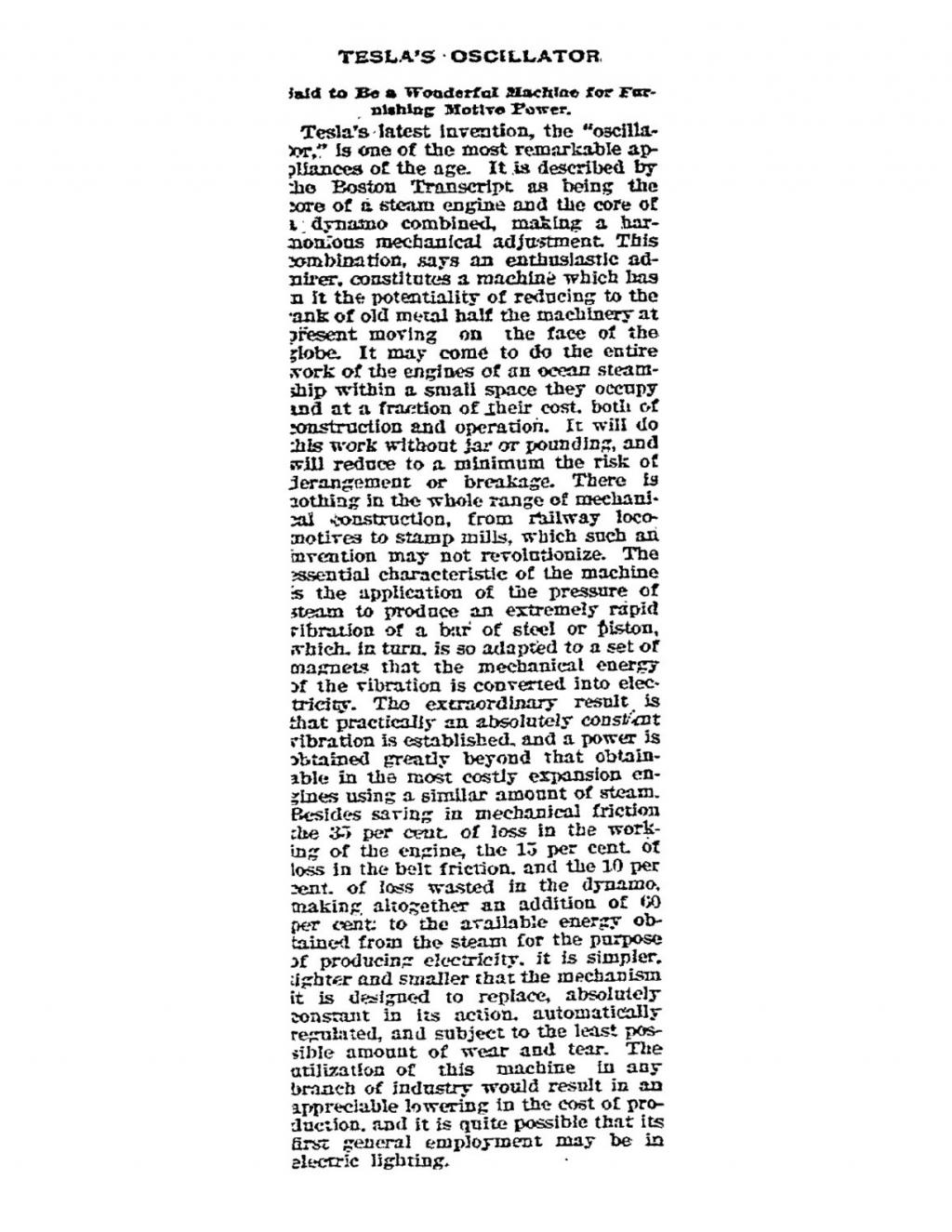