Work of the Flames

Tesla’s Famous Laboratory Wrecked and the Shock May Unbalance the Great Inventor’s Mind.

The Destruction of the Building in Which the Country Weekly of the West Was Made to Order.

New York, March 13. — The large factory building at 33 and 35 South Fifth avenue burned to-day causing a loss of $100,000. It was occupied by Gillis & Geoghegan, steam fitters supplies; and Nicola & Tesla, electricians. The loss is $100,000. The destruction of Tesla’s workshop comes just when it was whispered in the scientific world that the inventor was on the eve of one of the greatest of discoveries connected with the problem of improving electric light. It is feared the disaster may result in the physical collapse of the great inventor. He has long been in a state bordering on exhaustion through overwork. Tesla is the controlling engineer of the Niagara Power company, and of many other important concerns. 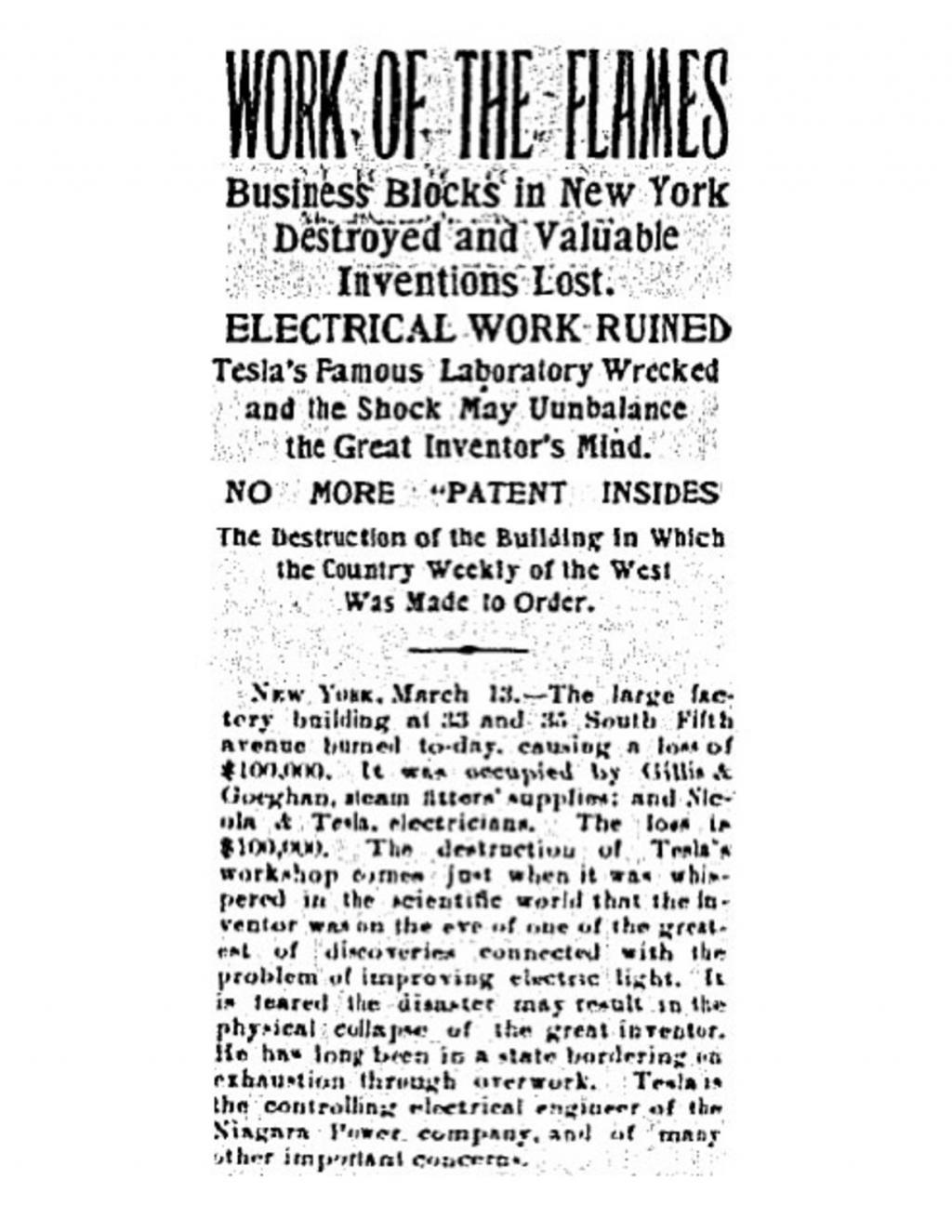